Hanan Ahyad is a resident of Amman, Jordan’s capital and largest city. She is a domestic customer of the local water utility company, Miyahuna, and has always been aware of her country’s limited water resources. However, she did not understand the extent of the water crisis and how she could help until she came across a mysterious and innovative water conservation campaign in the summer of 2019. The campaign went viral in a matter of days, eventually reaching 3.5 million Jordanians—approximately one-third of the population—garnering nearly 60 million social media impressions and extending far beyond Jordan’s borders. “In my neighborhood, we receive water once a week,” Hanan explained. “My previous perception was that water resources in Jordan were little, but it never appeared to me that we are in the middle of a critical and worrying situation.”

Jordan is among the most water scarce countries on Earth. The recent influx of refugees and changing weather patterns are adding strain to the already shrinking water supply. The USAID WMI is supporting the Government of Jordan to address the kingdom’s most pressing water challenges and avoid a looming crisis by developing critical capacity and improving sector performance. Behavior change and strategic communications are a pivotal component of efforts to foster sustainable change.

Hanan was not alone in her perceptions. In 2018, the WMI conducted a comprehensive survey of Jordanians’ knowledge, attitudes, and practices regarding water. The study found that while most residents were aware of the kingdom’s water challenges, 40 percent did not believe that their country was facing a crisis.

The Campaign to Address a Looming Crisis

The initiative’s social marketing and behavior change experts understood that residents needed awareness, as well as tools and incentives to adopt and sustain water conservation behaviors. With this in mind, and survey results in hand, the WMI and Miyahuna set about devising a summer water conservation campaign based on a state-of-the-art social marketing model to increase knowledge of the looming water crisis and encourage residents to take practical action to conserve water.

“A successful, large-scale water conservation campaign requires broad public understanding, buy-in, and action,” said Michael Jones, director of the Water Resources and Environment Office at USAID Jordan. “Miyahuna identified water-saving behaviors that we need customers to adopt. We aligned those behaviors with the findings of the study to create the framework for the water conservation campaign.”

The WMI and Miyahuna developed core messaging and detailed plans for a multistage campaign. They enlisted the marketing firm, Ogilvy, to produce creative final designs and leverage its extensive networks in the private sector and with online influencers. The campaign design included three phases: an initial Teaser phase, a Reveal and Information phase, and a Call to Action phase.

The Teaser phase needed a creative angle to create awareness of the campaign and break through the clutter of advertising in Amman. “We took our brief to the advertising giant, Ogilvy, to create a campaign that would stand out and attract the attention of citizens who are flooded daily with countless messages,” Jones added. Ogilvy digested the campaign brief and translated it into what would become one of the most successful media campaigns in Jordan’s history.

"The campaign was powerful in communicating critical facts about the water shortage in addition to encouraging us to adopt simple yet valuable behaviors to preserve water. We are now more than ever conscientious with our water usage."

The campaign’s simple slogan, “Don’t underestimate the value of a drop,” employed a play on words in Arabic where the word drop is the same as the word for the Arabic diacritic marks (dots) used with certain Arabic letters. By omitting diacritic marks from the campaign’s Arabic slogan, it rendered the phrase challenging to read and interpret, which clearly illustrated the value of a drop.

On July 28, 2019, this simple, cryptic slogan without drops was posted on billboards throughout Amman and social media without any explanation of its meaning or the source. This generated extensive buzz throughout Jordan and beyond, as people tried to decipher its meaning and who was behind it. The campaign’s intriguing twist resonated broadly, and the campaign hashtag #لا_تستهين_بالنقطة was soon trending on social media. It was featured on local television programs and other local, regional, and international media. In addition, more than 800 organizations, including Royal Jordanian Airlines, Arab Bank, Orange, McDonald’s, Ford, and the Crown Prince Foundation, showed their support for water conservation by dropping the Arabic diacritic marks—or the dots—from their names and slogans and sharing the campaign hashtag.

After allowing the teaser message to be absorbed and discussed for three days, the campaign moved to the Reveal and Information phase. Adding the dots to the teaser message made the slogan readable, and the message also revealed who was behind it—Miyahuna, the City of Amman, and USAID. New billboards included the dots, and posts online showed animated water drops falling onto the page. The revised messages also directed people to Miyahuna’s website, which had been transformed for the campaign to specifically target knowledge gaps and misperceptions identified in the survey. For example, while recent rainfall has helped refill reservoirs, the underground water upon which Jordan heavily depends is continuing to be depleted.

Finally, on August 18, 2019, the campaign transitioned to the Call to Action phase. This phase provided information on practical actions people can take to conserve water, including linking to a new USAID–supported program to incentivize households to retrofit water fixtures and roof tanks with water-saving devices. It also included information on how homeowners can report water leakage and inspect their roof tank valves to ensure they are not a source of water loss.

Upon the campaign’s completion, the WMI conducted a survey to measure the campaign’s effectiveness in raising awareness and promoting action. It found that people’s knowledge of Jordan’s water crisis increased to 79 percent compared to 60 percent reported in the initial survey. The survey also indicated that 24 percent of the targeted population checked their roof tank valves in the first three days of the campaign. The water company’s customer service number, which was promoted during the campaign, received nearly 190,000 additional calls in August and September of 2019 compared to the same period in 2018, providing an increase of more than 70 percent.

“The campaign was overwhelmingly successful in highlighting the significance of preserving water resources in Jordan,” said Orwa Al Falayleh, Communications and Water Awareness Unit head at Miyahuna Company. “We are aiming to create awareness and encourage citizens to conserve water through adopting simple behaviors.”

The USAID WMI is now implementing its plan to ensure that water conservation practices continue to expand and are sustainable. The project is supporting Miyahuna to launch an incentive-based program called Maana, meaning with us, immediately on the heels of the summer conservation campaign. The program leverages the WMI’s outreach and study findings—notably the fact that people are more likely to carry out new water-saving behaviors when they are relatively inexpensive, easy to perform, and result in a tangible benefit. Maana incorporates these considerations to deliver an innovative experience to Miyahuna’s customers. This voluntary program allows participants to obtain low-cost, water-saving retrofit technologies and access free support services, including water audits and roof tank cleaning.

Maana will use recently trained female plumbers to carry out home visits for water conservation support services. The choice of female plumbers is helping women to earn additional income while overcoming cultural challenges—female plumbers are permitted to enter homes without a male present.

Hanan Ahyad, like thousands of other Miyahuna customers, now has a clear understanding of the urgency of Jordan’s water situation. “Today, my family and I have fully realized the stressful dilemma Jordan is facing,” said Hanan. “The campaign was powerful in communicating critical facts about the water shortage in addition to encouraging us to adopt simple yet valuable behaviors to preserve water. We are now more than ever conscientious with our water usage. Drop over drop, we believe that we can positively contribute to preserving water in the country.” 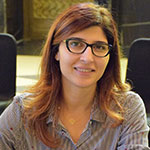 Maha Dergham has more than 16 years of experience in capacity building and institutional development. She has extensive experience working in the water, energy, environmental, and vocational education sectors, and currently leads the behavior change component of a major USAID WMI in Jordan. 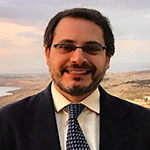 David Favazza is an engineering and international development professional with 17 years’ of experience in the planning, design, implementation, management, and sustainability of municipal and decentralized drinking water and sanitation systems. He currently serves as Tetra Tech’s home office project manager for the Jordan WMI and Liberia Municipal Water Project II, both funded by USAID. 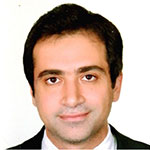 Sofian Qurashi has more than 18 years of experience, with an expertise in marketing communications—public relations, advertising, brand management, and public awareness—and project management. He has managed projects for the Government of Jordan and its counterparts aimed at empowering and motivating Jordanians to take a proactive role in development projects funded by international donor agencies.