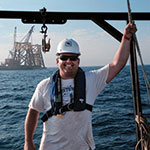 I’ve been a part of Tetra Tech’s offshore energy group based in Boston for nearly 4 years. Tetra Tech has afforded me the opportunity to be both an office-based leader and a field scientist, improving my skill set in each arena every day. I never would have predicted that I would become a subsea acoustic monitoring equipment deployment specialist, but after working on multiple deployments in approximately a half dozen locations during every month of the year, I can confidently add that descriptor to my list of skills. This part of my role at Tetra Tech allows me to leverage state-of-the-art equipment in support of a burgeoning industry (offshore wind) and to do so on a variety of vessels all while learning quite a bit about acoustics as an ancillary benefit.

In our ongoing series of articles introducing the varied and brilliant people who make up Tetra Tech, we bring you a day in the life of Nick Welz, senior marine scientist and subsea cable lead for Tetra Tech’s offshore energy group. Nick has worked as a commercial fisherman and has more than 8 years of experience with submarine cables and a graduate degree in fisheries science. With increasing demand for offshore noise monitoring, much of his project field work revolves around assisting Tetra Tech’s acousticians with instrument deployment. Here, Nick shares the challenges of working on the first offshore wind farm to be built in the United States off the coast of Block Island, Rhode Island.

Tetra Tech has provided siting, permitting, and environmental and impact assessment services for Deepwater Wind’s Block Island Wind Farm project throughout the last 5 years. I was part of a team conducting underwater acoustic monitoring during the installation of the massive, 6 megawatt wind turbine foundations. We were specifically tasked with monitoring pile driving noise. Block Island is off the coast of Rhode Island in an area I know well, as much of my field work during graduate school at the University of Rhode Island was done in this area.

Tetra Tech’s offshore acoustics group has always provided in-air nose modeling and field measurements for anything from major construction to onshore wind projects. Our acousticians now use their expertise to monitor noise for offshore energy projects. This work primarily is driven by regulations from agencies such as the National Oceanic and Atmospheric Administration related to preservation of protected species, some of which can be especially sensitive to underwater noise. A prime example of such an animal is the critically endangered North Atlantic right whale. With my background in marine science and subsea cables, plus experience as a commercial fisherman, I am well suited to assist the acoustic team in their deployment of underwater noise recording equipment.

During my time on the project, our team stayed in a rental house on Block Island and chartered a vessel that Tetra Tech staffed with a captain, myself, and acoustician Eric Kalapinski. We worked alongside the vessel engineer, Ignazio ‘Naz’ Sanfilippo, a fisherman from Gloucester, Massachusetts. On work days, we left the house around 4:30 a.m. to be at the site by 6:00 a.m. We would travel by boat from the west side of the island around to the southeast corner of the island to the project site.

Our team’s monitoring task was to deploy autonomous multichannel acoustic recorders (AMARs). These were sitting on the ocean bottom monitoring the pile-driving activities by recording noise as the offshore wind turbine foundations were set into the sand through pile driving. By monitoring the sound and coordinating with the construction contractor, our team could ensure construction sound did not exceed levels considered harmful or harassing to sensitive species. We deployed the AMARs at pre-approved distances from the pile driver and left them in place for monitoring the work to come. Each AMAR had a buoy with a flashing light and a radar reflector on top for visibility during the day and at night.

This project is the first of its kind, so the team anticipated some challenges. Here I report on a particularly difficult challenge—the day we discovered that, due to reasons that may never come to light, all of our surface buoys had been severed after just 3 days of deployment time. Once cut, these very expensive AMAR units were on the seabed, more than 100 feet underwater without the buoys as visual markers indicating their locations. We needed to retrieve them to be able to complete our monitoring task. Fortunately, we had configured each AMAR with a secondary anchor and an associated ground line running along the seabed between the unit and the anchor for just this reason. After two tense days of dragging a grappling hook across the seabed hoping to catch the ground line, we were able to recover all four of the instruments using their GPS coordinates, persistence, and luck.

A Day in the Field

9:00
As this was not an active monitoring day, the team departs Block Island for a routine check on our equipment at the project site
11:00
Arrive at the project site and discover that the buoy closest to the project site was nowhere to be found
Spend an hour slowly driving along the transect line and discover all 4 of the buoys are missing
12:00
Rig up our grappling hook and get to work—we did not want to postpone pile-driving on the first offshore wind turbine in the United States because we didn’t have our equipment
12:30
Start dragging our grappling hook at the furthest, deepest site trying to find the first AMAR
14:30
Success! Catch the first groundline with grappling hook, secure AMAR, and move to the next site
16:00
Catch the second AMAR, shift to next site
Get an alert on our phones—a tornado warning in our area headed our way—and begin swift transit back to the harbor
18:30
Take a breath now that most of the storm has passed and watch a beautiful sunset—feeling optimistic that we will recover the other two AMARs the following day
19:00
Provide an update to the Boston office, the project manager, and the client, who was very glad we found the first two and wished us luck finding the other two
20:00
Have a team dinner and get ready for tomorrow’s important task of locating the rest of the equipment, which is vital for our monitoring task in the days to come 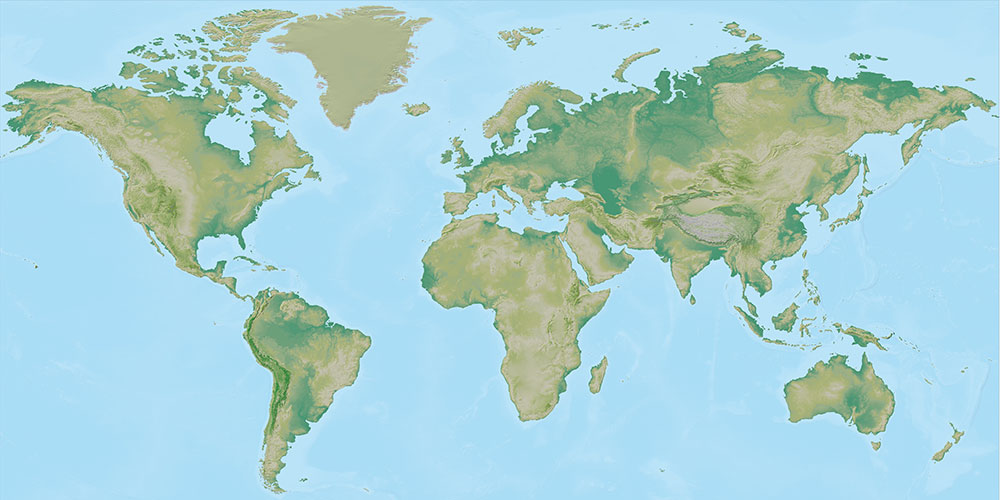