Finding Comfort in the Uncomfortable: A Senior Development Leader’s Perspective 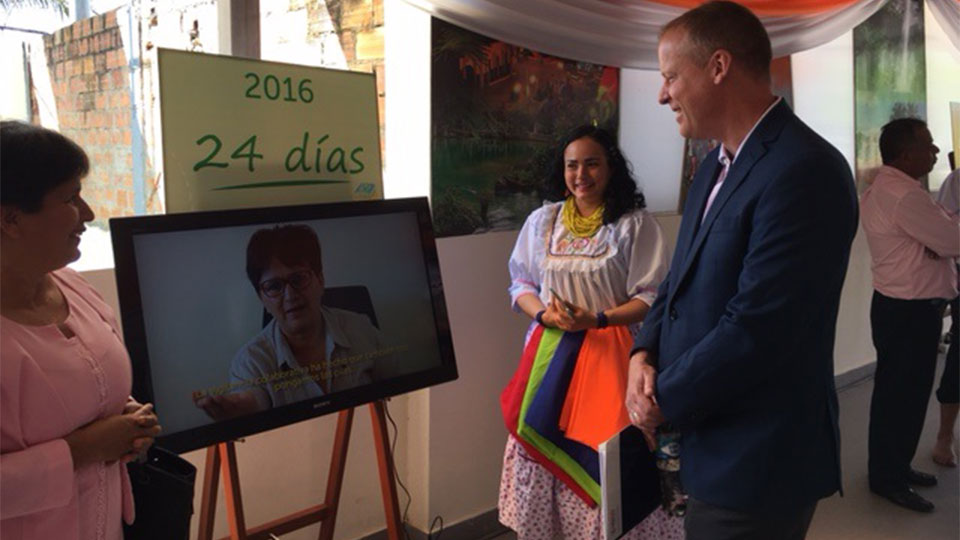 Thomas Reilly is a senior leader in Tetra Tech’s International Development Services division who oversees business and field operations in more than 40 countries. He is a former Chief of Party for the ProDecentralization Peru (PRODES) project. In this post, he reflects on lessons learned from a career working in and out of Peru. All opinions expressed in this post are the author’s own.

Peru has always been the through line for my journey in development work. I first arrived in the summer of 1985, having just graduated from college and speaking little Spanish. For two years, I taught at a local high school and helped with community service projects for a Jesuit school in Piura, on the north coast. In the early 1990s, I returned as an auditor to support the implementation of basic needs development projects in the highlands. From 2003 to 2012, I served in Lima as Chief of Party on a local governance project. And last summer, more than 30 years after my first trip to the country, I found myself back in Peru as a senior international development executive representing Tetra Tech at a closing ceremony for the third iteration of our PRODES III project, which was funded by the U.S. Agency for International Development (USAID).

Whether you are travelling on a student visa or in an entourage as a senior executive, my journey provides a development lesson worth remembering: Recognize your own limitations and don’t be afraid to tell people what you do not know. Get uncomfortable, especially if you are in a leadership position. A prevalent concept of leadership in the development world and beyond is that the leader should have all the answers. We do not. This work is complicated and requires many voices and much listening if we are to be successful.

What a successful leader does need is an acute awareness of one’s own limitations.

Development work takes us to places where we are not native speakers of the language, where we do not fully understand the political and social contexts or informal cultural arrangements. Places like Piura. Individually, a project lead does not have to have all the answers; collectively your project team does. So build your team accordingly. When staffing up, find knowledgeable individuals and trust and empower them to make decisions. More often than not, this process will guide you in the right direction. Getting uncomfortable takes you in surprising—and ultimately productive—directions.

For me, this lesson was highlighted when I arrived in Peru for the second time in 2003, as Chief of Party for the start of the Tetra Tech-managed USAID PRODES I project. I had no problem feeling uncomfortable. There was plenty about running this project that I did not know.

Suddenly, I was responsible for a $25-million project operating simultaneously in a third of Peru's regions and 1,800 municipalities. The project was tasked with assisting legislators and ministers with deepening the policy framework for decentralization and strengthening regional and municipal government management practices to promote development and provide citizens with improved services. This was no small task—for years the chronically poor administration of Peru’s municipal governments hampered the country’s economic and democratic development. At the time, Peru’s municipalities often spent less than 50 percent of their available budgets, and citizen distrust of local government was high.

But we built a good team, worked hard, and I am proud of what we achieved. With a relatively small team, we had to assist more than 600 municipal and regional governments across the country. At the start, we had far more questions than answers. How do you scale up? How do you reach that target of 600 municipal and regional governments? And then how do you transfer that knowledge to municipalities across the country?

You start by building on what you know. For me, that was the New England Town Hall meetings of my youth, adapted to the Andes. You share with your team a vision that—little by little, comment by comment, experience by experience—gets sculpted into something new, vibrant, and markedly different from your original concept. You don’t build a rigid model but rather one that is flexible and responsive to local customs and citizen expectations, whether it be in municipalities along the coast, in the highlands, or in the country’s remote Amazonian regions.

I am particularly proud that Tetra Tech’s work on the PRODES project continued successfully long after I left Peru, as we were awarded the third consecutive iteration of the PRODES project. That the project was able to thrive after my departure, with an all Peruvian staff, was not surprising. Under our approach, the Peruvian staff had been in charge all along.

We had structured a team approach to problem solving and provided each member with tools, such as Tetra Tech’s proprietary Capacity Diagnostic Tool, that helped them achieve significant results. We reduced hospital wait times in Amazonas, increased the number of pregnant women receiving timely prenatal care services by 16 percent, and reduced user wait times at health centers by more than 90 minutes. We improved the time needed for the distribution of school books by 87 percent—from 81 days in 2013 to just 10 days in 2017. These are just a few highlights of changes that made real differences in the lives of Peru’s most vulnerable and did so at a scale that makes a tangible and lasting difference.

None of this progress would have been possible by taking a one-size-fits-all approach to project management. It takes a brave leader to stand up before a team to admit what you do not know. But if you do it, you will be surprised by all that you learn and all that you can achieve. 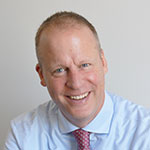 Thomas Reilly leads international development operations for 1,250 employees operating in more than 40 countries. He served in Lima, Peru, as Chief of Party for the PRODES I and II projects from 2003 to 2012.