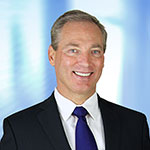 Mr. Batrack joined Tetra Tech in 1980 and has served in numerous capacities, including arctic research scientist, deep water oceanographic hydrographer, coastal hydrodynamic modeler, environmental data analyst, project and program manager, President of the Engineering Division, Chief Operating Officer, and President. He was named Chief Executive Officer in 2005. In 2008 Mr. Batrack was named Chairman and established the firm’s strategic direction and focus on Leading with Science® to become the #1 firm in North America for Water Consulting and Engineering, Environmental Management, and Climate Change Response. During his career at Tetra Tech, he led research and engineering programs in locations including the Arctic, throughout South America, the Middle East, and the United States. He continues to serve as corporate sponsor for several of our clients’ programs and remains engaged in our day-to-day operations. Mr. Batrack holds a bachelor’s degree from the University of Washington.