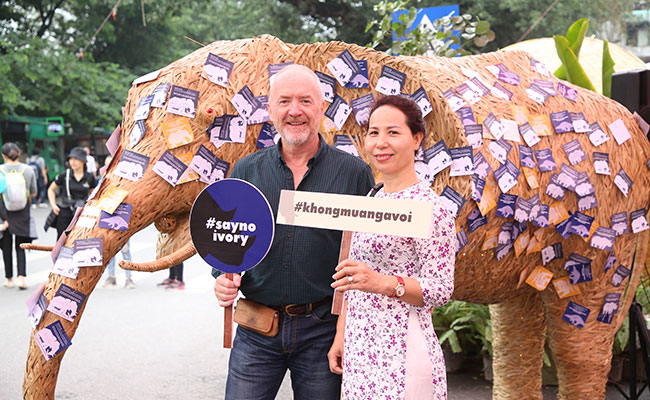 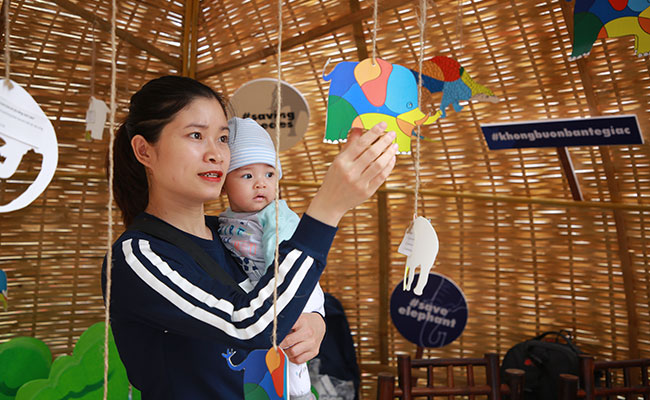 Tetra Tech is using an integrated approach to help reduce poaching and trafficking of wildlife products in Vietnam to improve the conservation of threatened wildlife.

Over the last several years, Vietnam has emerged as both a leading destination and a major transit point for illegal wildlife products. The country is now considered one of the world's hot spots for illegal wildlife trade. Tetra Tech is on the ground supporting the U.S. Agency for International Development (USAID) by implementing the five-year USAID Saving Species Activity, which places an emphasis on key threatened species, including African rhinos, African and Asian elephants, and pangolins. The activity works to improve and harmonize the legal framework for wildlife crime; strengthen and institutionalize law enforcement and prosecution for wildlife crimes; and reduce demand for illegal wildlife products.

Using an integrated approach, the USAID Saving Species team is working with the Government of Vietnam (GVN) to strengthen legal frameworks related to illegal wildlife trafficking; build the capacity of local law enforcement agencies to enforce applicable laws and prosecute those who commit wildlife crimes; and reduce consumer demand, in order to achieve a measurable reduction in the amount of rhino horn, ivory, and pangolins transiting through and consumed in Vietnam. For example, the project is developing handbooks and other law enforcement training materials for Vietnamese Customs and Police officials on detection, identification, investigation, and handling violations of laws protecting rare and endangered wildlife.

Working with the GVN, the USAID Saving Species team is helping to remove conflicting and overlapping provisions in the legal frameworks relevant to combatting wildlife trafficking. Ultimately creating an improved and harmonized legal framework that will lead to an overall reduction in wildlife crime. On January 22, 2019, the GVN promulgated a new and more comprehensive decree on management of endangered, rare, precious forest fauna. The decree, which was developed with support from the USAID Saving Species team, harmonizes regulations relevant to wildlife management, protection, and trade; fills in the gaps in current law; increases penalties for trafficking a number of endangered species; and adds 65 new species to the list of endangered species.

The USAID Saving Species team also is implementing social and behavior change communications activities designed to change consumer behaviors and attitudes that will achieve a reduction in demand for illegal wildlife products. These activities include consumer demand and market surveys that inform social messaging campaigns to change consumer behaviors related to rhino horn, elephant ivory, and pangolin scales within Vietnam.

By the end of the project, Tetra Tech’s implementation of USAID Saving Species aims to strengthen GVN’s capacity to meet its legal, regulatory, and permitting commitments and compliance with the United Nations Convention on the International Trade in Endangered Species (UN-CITES). The USAID Saving Species activity will train more than 700 Vietnamese Customs and Police Officers in the identification and handling of endangered species; support numerous wildlife conservation and protection actions, such as the rehabilitation and reintroduction of live captured pangolins into protected areas; work with GVN’s IT and Telecom authorities to regulate, find, and prosecute illegal internet sales of wildlife products; and develop and deploy targeted messaging campaigns to reduce the use of Rhino horn as prestige gifts in the business community; and the use of pangolin scale by traditional medicine practitioners.