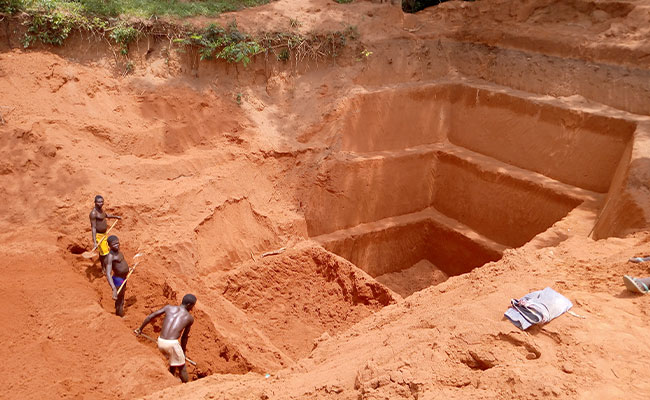 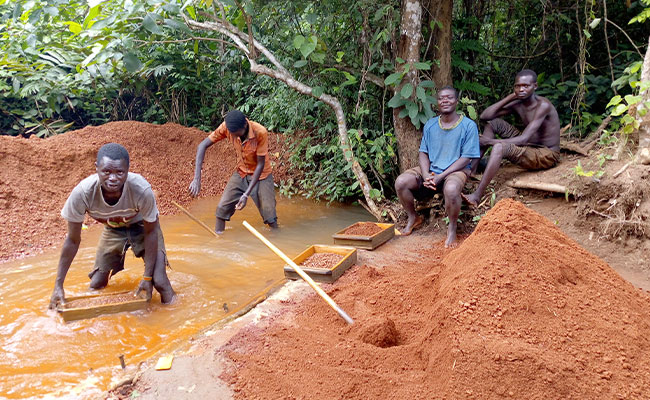 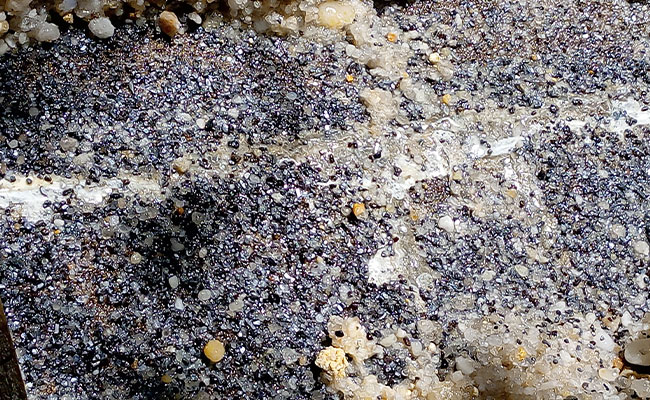 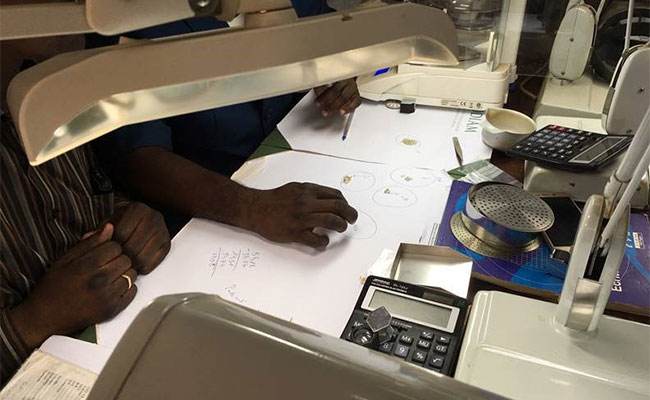 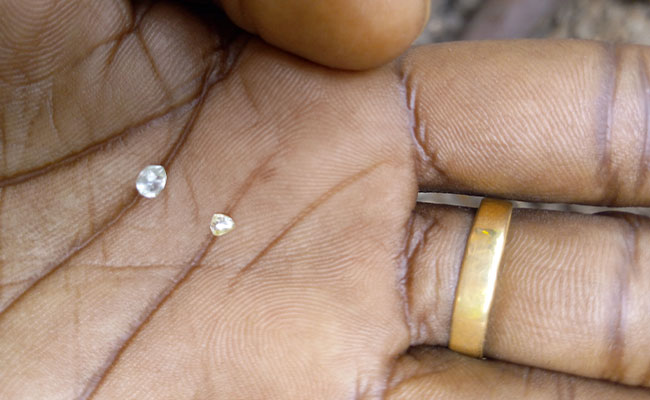 In the Central African Republic (CAR), Tetra Tech is strengthening resource governance and property rights in the artisanal and small-scale mining (ASM) sector.

The Artisanal Mining and Property Rights (AMPR) project supports the U.S. Agency for International Development’s (USAID) Land and Urban Office in improving land and resource governance and strengthening property rights for all members of CAR’s society, especially women. The project focuses on diamond and gold production in CAR, but also provides targeted technical assistance to USAID in addressing land and resource governance issues within the ASM sector in other countries.

Although the signing of a peace accord in early 2019 was a positive step forward, CAR continues to struggle as a result of civil conflict that began in 2012. The control of large swathes of the country by armed groups and a lack of government capacity to enforce laws have hindered the resumption of legal diamond exports allowed from certain compliant zones under the Kimberley Process (KP) Operational Framework. Expansion of compliant zones and strengthening of legal trade is needed to help rebuild the country’s economy and reduce violence.

Tetra Tech is strengthening the government of CAR’s capacity to implement KP Certification Scheme requirements. Our team conducted an analysis around the root causes of fraud in the diamond value chain and developed recommendations to stem the tide of rapidly expanding rough diamond smuggling and remove barriers to the implementation of the KP Operational Framework.

Tetra Tech is supporting the expansion of local peace and reconciliation committees (Comités Locaux de Paix et Réconciliation, CLPR) and their efforts to monitor and resolve conflicts and conduct peace-building activities. The CLPRs strengthen social cohesion and economic development in diamond mining communities. In early 2020, the project conducted an evaluation of the CLPRs and developed recommendations for their future role in peacebuilding efforts, especially around conflicts between pastoralist livestock producers and farming and mining communities.

Our team is supporting 21 women and mixed-gender groups in conducting income-generating activities such as gardening, fish farming, and soap making as part of the project’s comprehensive Gender Action Plan aimed at promoting economic and social inclusion. Some of these activities, like soap making, complement the government’s aggressive efforts to manage the threat of COVID-19 transmission in artisanal mining communities.

Tetra Tech conducted a baseline assessment of gold production in CAR and launched an interactive online map of artisanal gold mining sites in the western part of the country to better understand the artisanal gold supply chain. Understanding the linkages between ASM and development issues is critical within CAR, as well as other parts of the world. Tetra Tech has prepared two briefs—on gender issues in ASM and USAID activities and approaches in the ASM sector—to deepen this understanding.