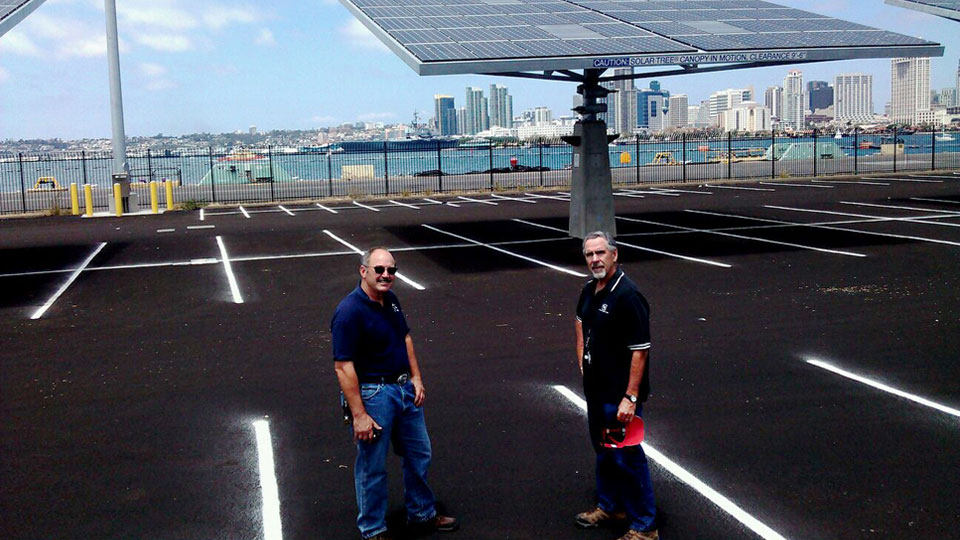 We support energy management activities at more than 150 Department of Defense installations with an annual utility budget of more than $1 billion. Of particular note is the REM support Tetra Tech has been providing to the Navy Region Southwest and Naval Facilities Engineering Command Southwest energy programs since 1999.

Beginning with a single Tetra Tech resource efficiency manager (REM) in a pilot project at Naval Base San Diego in 1999, Tetra Tech expanded its continuous REM support services to up to  10 Navy Region Southwest installations, 3 major U.S. Marine Corps installations, and 59 warships in the San Diego fleet concentration area; Tetra Tech has varied its scopes of service and levels of effort over this 15 year period to meet Navy and Marine Corps needs. Tetra Tech provides on-site support in energy and water program management; energy and water efficiency project development; renewable energy project development and management; auditing and retrocommissioning; measurement and verification; and related services as needed to help clients build and sustain world-class energy programs, cut utility costs and meet or exceed all goals. As part of the energy support provided to the Navy and Marine Corps in the southwest, Tetra Tech has:

These services have reduced energy and water costs and consumption; reduced emissions of greenhouse gases and air toxics; brought in millions of dollars in grants, incentives, and other one-time benefits; and helped build some of the most advanced and high-performing energy programs in the federal government. Since the advent of the REM program in the southwest, Tetra Tech-supported installations in the southwest have received the following awards: