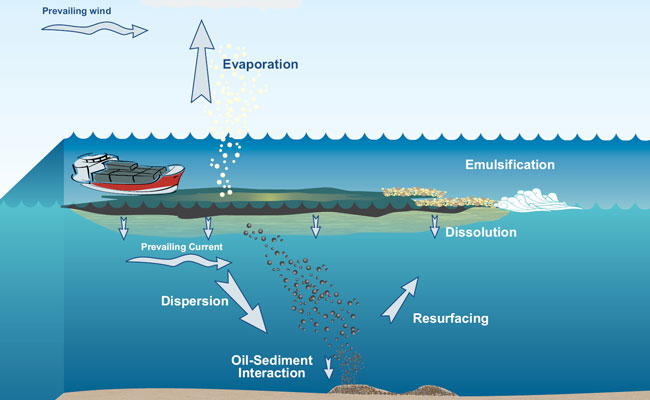 With a growing number of pipeline and marine terminal development projects in Canada, regulatory requirements for the ecological and human health risk assessments and emergency spill response plans have become very strict and technical. For more than 10 years, Tetra Tech has provided expertise in 3D numerical modeling of Canadian waters and the behavior of oil on water during a hypothetical spill for large pipeline companies such as Enbridge, Kinder Morgan Canada, TransCanada, and Vancouver Airport Fuel Facility Corporation.

Tetra Tech developed an in-house oil spill model—SPILLCALC—to conduct numerical simulations of the fate and behavior of hypothetical oil spills in the marine and freshwater environment. The comprehensive model has allowed Tetra Tech to become a preferred expert in the Canadian industry during the regulatory process of pipeline and marine terminal development projects.

The proponent used a modeling approach that is current with industry and academic best-practices for oil spill fate and behavior models…Environment Canada supports and encourages these approaches as the current state-of-the-art for spill modeling and potential incident preparation.

Tetra Tech conducts stochastic and deterministic spill modeling in both western and eastern Canada and provides supporting data for ecological and human health risk assessment. Tetra Tech delivers maps that highlight the probability of the presence of oil; the amount of oil that would reach the shore and go into the water column; fate of the evaporated material through the regulatory-approved model CALPUFF; and risk of fire and explosion linked to the evaporated materials. Tetra Tech also helps to identify areas for improvement in response plans, such as recommending acquisitions of new vessel and base locations and proposing revised and optimized mitigation plans. In addition, Tetra Tech’s team provides technical support during public hearings and the information request process run by the National Energy Board of Canada and Interveners.

The SPILLCALC model has been used successfully along both coasts of Canada, as well as in South America by our Brazilian team for projects located in Colombia.

Tetra Tech’s work in this area has been recognized internationally through the presentation and publication of technical papers in China, the United States, and Canada, including at the International Oil Spill Conference and the Arctic and Marine Oil Spill Program Technical Seminar.