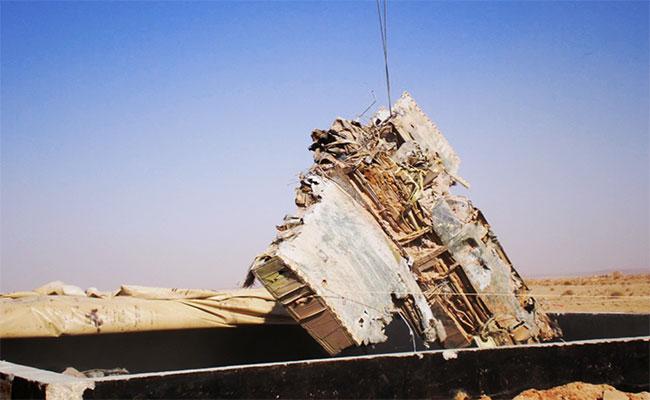 The debris included Bradley Fighting Vehicles (BFV), an A-10 aircraft fuselage, and excavated sands that were potentially contaminated with munitions and explosives of concern, along with material potentially presenting an explosive hazard. Tetra Tech removed these materials from concrete storage vaults at Prince Sultan Air Base near Al Kharj, Saudi Arabia, where they had been stored since they were relocated from the battlefield. Tetra Tech:

Because of proper planning and communication among team staff and adherence to safety plans and procedures, there were no recordable injuries or lost time incidents on this project.