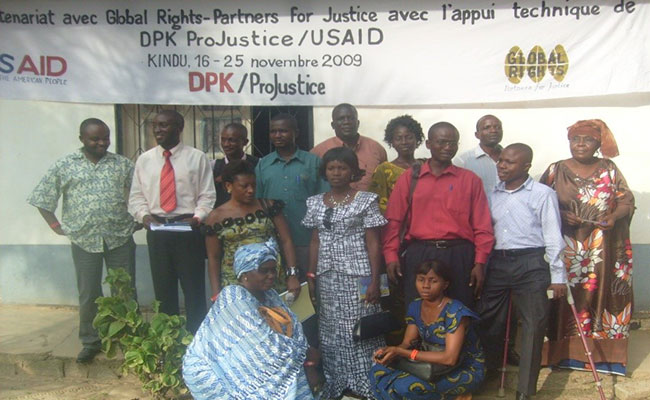 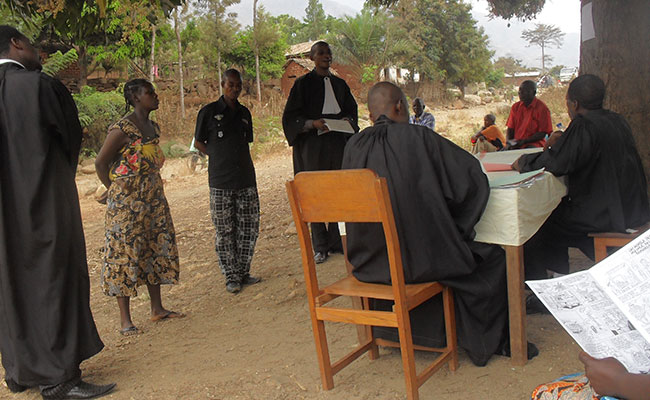 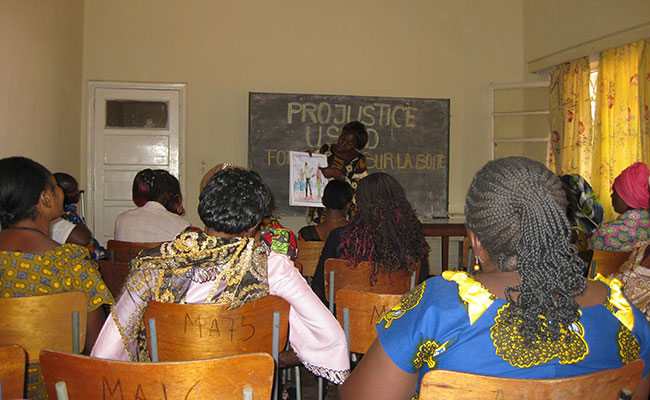 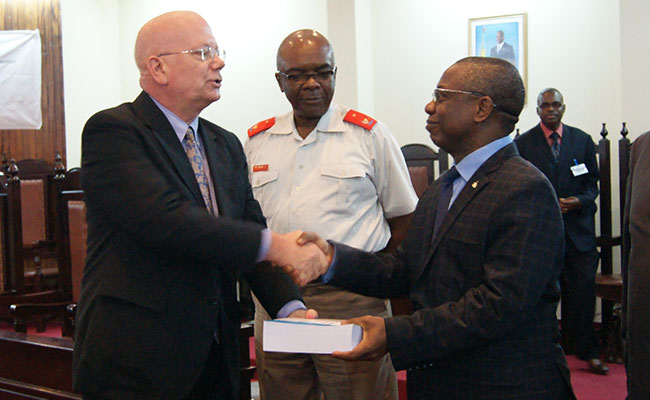 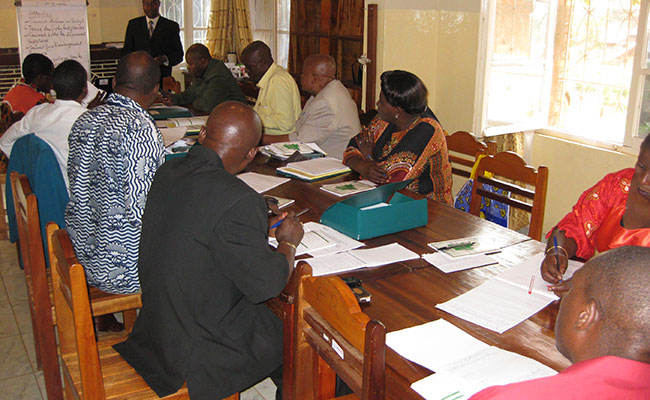 To improve access to justice for citizens in the Democratic Republic of Congo (DRC) and improve the Congolese justice system, Tetra Tech built the capacity of new and existing judicial administration institutions and supported initiatives for legal reform.

Since its independence from the Republic of Congo in 1960, the DRC has been subject to recurrent political crises, as well as civil wars and armed conflict. The U.S. Agency for International Development’s (USAID) vision for its development assistance to the DRC is one of long-term transformation whereby the Congolese take charge of their future to manage and sustain growth. To support the Government of the DRC’s Action Plan for Justice Reform, while addressing challenges faced by the Congolese judiciary, USAID selected Tetra Tech to implement the Promoting and Strengthening Justice (ProJustice) program. This five-year effort promoted and strengthened the DRC justice system by improving its effectiveness, transparency, and accessibility. The work included engagement with the High Judicial Council (Conseil Superieur de la Magistrature or CSM), Ministry of Justice, pilot courts, disciplinary boards, and civil society organizations.

ProJustice supported 11 courts in 4 pilot provinces, including Courts of Appeal, First Instance Tribunals, Peace Courts, and courts providing hearings at prisons. Rural locations often pose difficult and costly travel challenges for court personnel, parties, and witnesses. To help vulnerable populations access and use the justice system and resolve their legal problems, ProJustice supported mobile court sessions in rural locations that were closer to and more reachable for citizens. These mobile sessions, which were a critical tool in reducing case backlogs, resulted in the processing of more than 4,574 cases.

Despite Congolese and international efforts to advance the status of women in the DRC, female magistrates were underrepresented in the Congolese judiciary and the CSM and were promoted less frequently than their male counterparts. To address this gender disparity, Tetra Tech helped launch an initiative to raise awareness of the gender gap among key decision makers. We developed a methodology to increase women’s participation in the magistracy and worked with the CSM toward equitable promotion of female magistrates. These efforts involved workshops, high-level meetings, and the establishment of a database to track magistrates’ careers. The project also worked to promote improved cooperation with nongovernmental organizations; community groups; and the Ministries of Justice, Human Rights, and Gender, Family, and Youth. Tetra Tech’s initiative successfully increased the number of women magistrates from 175 in 2010 to 660 in 2013. ProJustice also supported the CSM General Assembly in passing resolutions and implementing evaluative measures to sustain support for women magistrates and their career development.

To combat sexual and gender-based violence, ProJustice developed an illustrated communication and sensitization tool made for women that provides detailed information about women’s rights and medical, psychosocial, and judicial assistance available to victims of sexual and gender-based violence. The tool was successfully used in trainings to educate women about their rights and to combat violence.

To make the DRC’s justice system more effective, transparent, and accountable, Tetra Tech worked to build capacity within the judiciary to manage resources, personnel, and court cases, while strengthening services for vulnerable populations. We also supported legal reform on issues that disproportionately affected vulnerable populations and issued grants to local organizations to increase legal aid and educate vulnerable populations on their legal rights. We worked in Kinshasa and four pilot jurisdictions—Bandundu, Bukavu, Kindu, and Lubumbashi—to improve 11 pilot courts and assisted with production of a Judicial Code, Criminal Code, Nongovernmental Organization Guide, Access to Justice Guide, and Code of Ethics and Professional Conduct for Magistrates.

Although ProJustice was not an anti-corruption program, to promote transparency in the judiciary, Tetra Tech also assisted CSM with the development and implementation of a multi-level strategy to combat corruption in the judicial system.