Modeling and Characterization of Dredged Sediment for the Expanded COPAPE Pier, Brazil 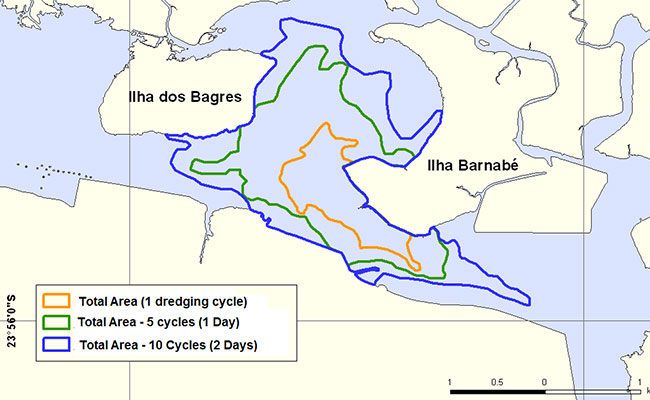 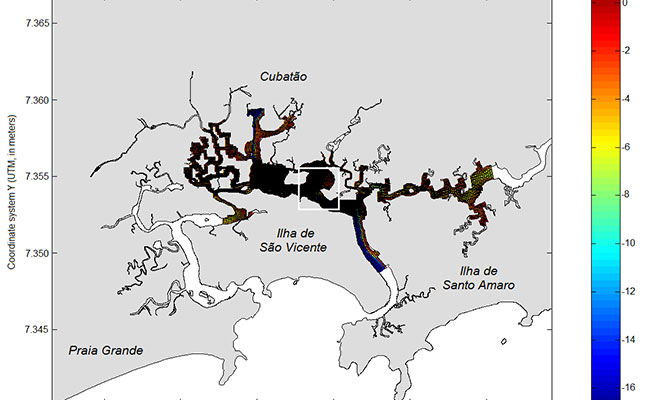 The Santos-São Vicente Estuarine System is a highly populated coastal zone in the state of Sao Paulo, Brazil, and is home to the Port of Santos, Latin America’s largest port. To increase infrastructure that can receive ships with liquid cargo, COPAPE decided to expand its terminal on Ilha Barnabé (Barnabe Island), off the coast of Santos.

The dispersion model assessed possible impacts in the hydrodynamic circulation process and sediment transport by comparing current and future conditions. When examining the current conditions, Tetra Tech considered other enterprises that have obtained preliminary licenses to construct and dredge in the area. In addition, the analysis of future conditions took into account the resulting conditions of dredging for COPAPE’s pier expansion. The assessment of potential impacts was conducted using qualitative and quantitative comparisons between the current and future configurations.

For the sediment model, three scenarios were developed for typical summer and winter conditions to study the full evolution of the plume resulting from the dredging process: a dredging cycle, five cycles in one day of dredging, and ten cycles referring to two continuous days of dredging.

Biota in the system were also studied. Tetra Tech estimated populations and types of the phytoplankton, zooplankton, ichthyofauna, turtles, cetaceans, and benthos present in the system.

Tetra Tech’s studies were approved by Brazilian environmental authorities in 2014, and pier construction is predicted to start in 2016 after the project environmental impact study is completed and approved.