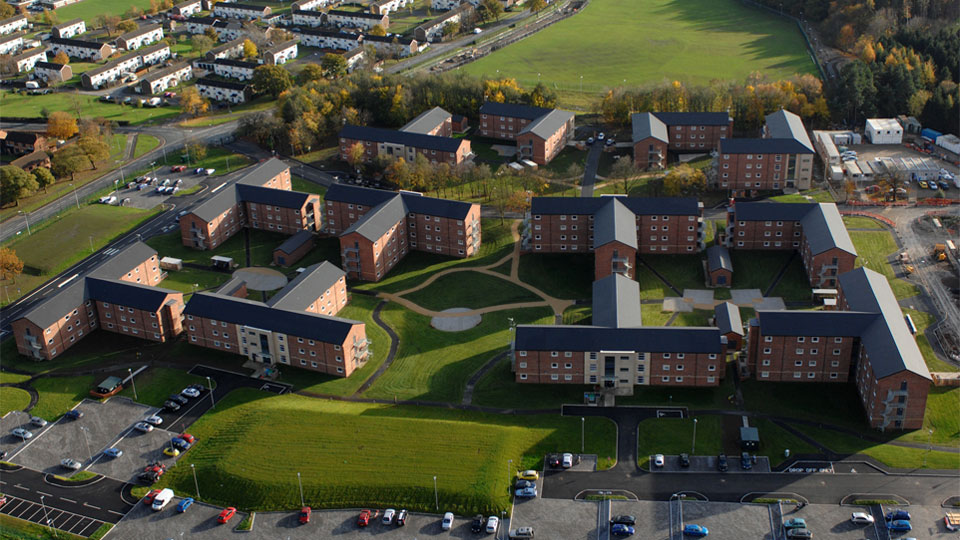 Tetra Tech is a long-term, trusted consultant to the UK Ministry of Defence (MoD) and has advised on the most significant UK military estates optimization program undertaken since the 1930s.

Complex and strategic problems often require the engagement of trusted partners to advise and assist in the delivery of practical solutions.

After major structural changes to its Army in its Autumn 2010 Strategic Defence and Security Review, the UK Government published its Army 2020 plan in Spring 2011 to bring home 20,000 British troops from Germany. The project to achieve this was called the Regular Army Basing Programme, an ambitious undertaking enables the UK’s Army to maintain its national presence domestically, but with an increased concentration in seven major centers of gravity.

Tetra Tech has worked with the MoD since March 2011, assessing the capacity of its estate in the UK as part of the Basing Optimisation Programme, which provided the information and evidence needed to shape the Regular Army Basing Plan. This involved investigating the various options for how the military units could fit into the existing UK defense real estate and carefully assessing the costs associated with each option.

We partnered with Mott MacDonald and the Defence Infrastructure Organisation (DIO) to form an integrated project team. Tetra Tech provided a team of multidisciplinary employees to work on the program from the far north of Scotland to the southwest in Devon. The scale and project timeline proved considerably challenging, but working with our partners, we developed a bespoke planning and cost modelling tool to simulate numerous options for the optimal alternative use or rationalization of the estate property. This empowered our client to make decisions on the future of their estates in a way sensitive to numerous political, social, and economic considerations, while meeting the needs of army personnel and their families.

The plans help fulfill the government’s commitment to providing regular army personnel with more certainty about where they will be based in the future. This forms part of the wider commitment to give service personnel and their families greater stability, enabling them to integrate into local community, their spouses to find long-term jobs, and their children to have continuity of education.

On a large-scale program such as this, the provision of data and planning tools by Tetra Tech and the integrated project team, enabled informed decision making contributing to a successful Ministerial announcement.

Our ability to mobilize industry experts on high-profile and sensitive projects is one of our key strengths. Creative and strategic thinking, our partnering ability, and flexibility is why we were able to deliver a fact-based evidence set that enabled decisions to be made on the UK basing arrangements for the British Army for the foreseeable future. Once the Regular Army Basing Plan is realized, not only will Army personnel and their families have a stable base from which to live and work, Britain as a whole will benefit thanks to the economic savings delivered by the project.