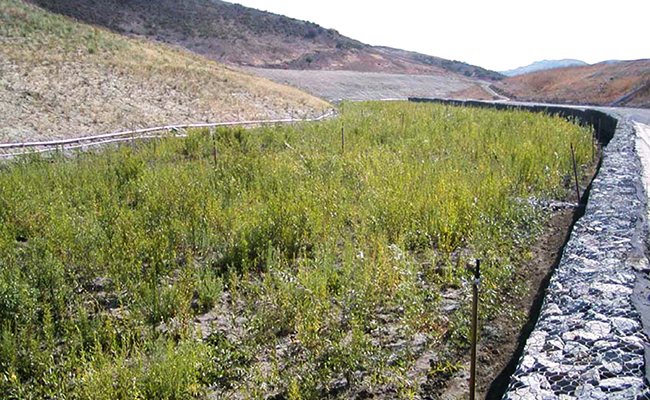 The Prima Deshecha Landfill is a regional waste disposal facility operated by the County of Orange, California. Ancient landslide deposits characterize the landfill’s permitted area. During construction of the Zone 1 Phase A disposal area, a new landslide occurred underneath a soil stockpile. The landslide impacted the Prima Deshecha Cañada stream, a natural watercourse running between Zone 1 and the stockpile area. Tetra Tech prepared plans to remediate the landslide. The design provided an uninterrupted development of waste disposal cells and mitigated impacts to the stream and adjacent wildlife habitat.

To support the stream realignment, Tetra Tech assisted in obtaining a 404 Permit from the United States Army Corps of Engineers, 1601 Streambed Alteration Permit from the California Department of Fish and Game, 401 Water Quality Certification permit from the Regional Water Quality Control Board, and a Biological Opinion permit from the United States Fish & Wildlife Services. During the approval process, which took more than four years, Tetra Tech evaluated and designed Phases A1 and C1 ahead of the Phase B liner project, which is located within the landslide remediation area.  These liner sub-phases facilitated the facility’s continued operation while the Phase B landslide remediation project was approved.