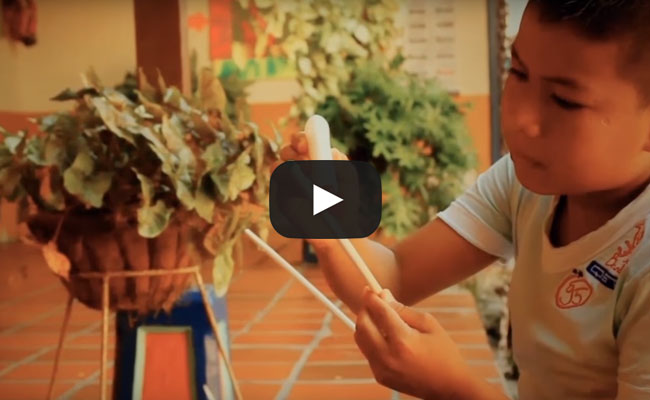 Tetra Tech helped the Government of Colombia (GOC) resolve complex land issues in support of lasting peace in the country.

Formalizing land rights will mitigate a key driver of conflict in the countryside and create new economic opportunity and improve quality of life for the rural population. This is a historic achievement and I am proud of USAID’s involvement to help pilot the program, one that can be scaled throughout Colombia. It is an example of what we can accomplish together.

Unclear land tenure and property rights paired with insufficient basic services has hindered agricultural and economic development in Colombia’s rural areas. For decades, GOC policies facilitated the accumulation of private and state land in the hands of armed groups and influential front men who used threats and violence to displace millions of farmers and ethnic minorities. The widespread lack of formal land rights inhibited economic growth, fueled illicit activities, created violence and social tension, and set the stage for land appropriation. Women, ethnic communities, and youth in rural areas were especially vulnerable to these risks.

The U.S. Agency for International Development (USAID) Land and Rural Development Program (LRDP)—implemented by Tetra Tech between 2013 and 2019—strengthened the GOC’s ability to resolve the many complicated land issues plaguing the country. By building public entities’ capacities to restitute land to victims of the conflict, strengthening smallholder land rights, and mobilizing the provision of public goods and services in historically neglected rural areas, LRDP fostered the necessary conditions for lasting peace.

This government is not making politics with peace, rather a policy of peace. And this government is not trying to differentiate between friends and enemies in the context of these aspirations. From the first day, we have proposed moving from our offices to the land because that is where peace is made. When this government took over, less than 20 percent of the country had an updated cadaster. With USAID’s support and new public policy, the goal is to update the cadaster for 60 percent of the country by 2022 and try to reach 100 percent by 2024. The Ovejas pilot is proof that land titling, property, financial inclusion, and agriculture strengthening programs can be a reality.

LRDP made history by developing and testing an innovative massive land formalization methodology that, unlike sporadic demand-driven methods, allowed for greater efficiency and inclusiveness with significantly lower cost per land parcel. In close collaboration with the GOC, Tetra Tech carried out the pilot in Ovejas where 100 percent of one municipality’s land parcels were surveyed. The information gathered was used to update the country’s land and property cadaster, while also providing critical data to support the development of gender-equitable titling processes.

With USAID’s support, Ovejas has invested a considerable amount of money in formalizing urban properties. I would like to repeat it, so everybody knows, because these investments aren’t always visible, when compared with investing in cement.

As a result of LRDP, the GOC has reshaped public policy around land restitution and administration and improved land access for the rural poor. LRDP achieved its goal to strengthen institutional capacity—through restructuring, information systems, and the development of well-grounded policy tools—and our interventions shifted a paradigm permitting government to bridge land policies and rural development and improve the lives of millions of people.