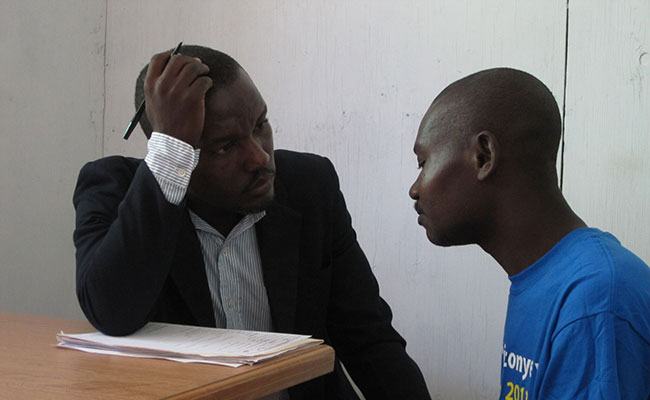 We are working to strengthen the independence of the judicial system and promote citizen security by assisting the justice sector to more effectively identify, apprehend, and prosecute those involved in serious crimes. We are developing transparent, merit-based judge selection processes and performance tracking. Finally, we are increasing access to justice through informal dispute resolution mechanisms and support to justices of the peace and notaries public.

Tetra Tech is providing a strategic vision to achieve short-term improvements in judicial functioning and sustainable reform in key areas that increase citizen security and foster the rule of law. Our primary objective is enhancing justice delivery as an essential tool for establishing stability and security and enabling economic development. By engaging Haiti’s citizens in the justice sector policies and decisions that directly affect them, we are improving the citizens’ confidence in their government.

Through PROJUSTICE, we are working toward four core result areas:

We are achieving results by assisting persons in illegal or excessive pretrial detention situations by supporting free legal aid to the poor and disenfranchised. PROJUSTICE has provided funding for legal assistance to 2,189 marginalized inhabitants of poor areas of Haiti one year. Our team also identified 217 of 273 detainees in Piétonville Women’s Prison as illegal or prolonged pretrial detention cases, which were then given priority legal assistance, resulting in the release of 38 detainees. We also helped the Government of Haiti determine the status of 1,500 pre-trial detainees and helped advance more than half of the cases procedurally to date.

PROJUSTICE civic education workshops give citizens an understanding of their legal rights and obligations and supporting conflict resolution through mediation and ADR. Achievements include organizing a symposium on the use of ADR in the Haitian judicial system for prosecutors, lawyers, notaries, clerks, and law students and conducted ADR training for 226 persons. We have also increased awareness of gender-based violence through public education activities.

Our team is supporting conflict resolution through mediation and ADR. We have trained 40 women in mediation techniques and launched awareness campaigns on both mediation and intimate partner violence.

We are also providing technical and logistical support to high-profile legal activities or trials and helping the Ministry of Justice and the Public Secretary’s Commission to modernize and amend the Criminal Procedure Codes.