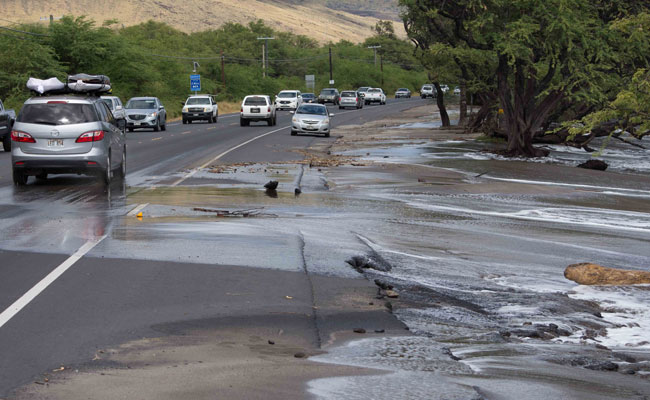 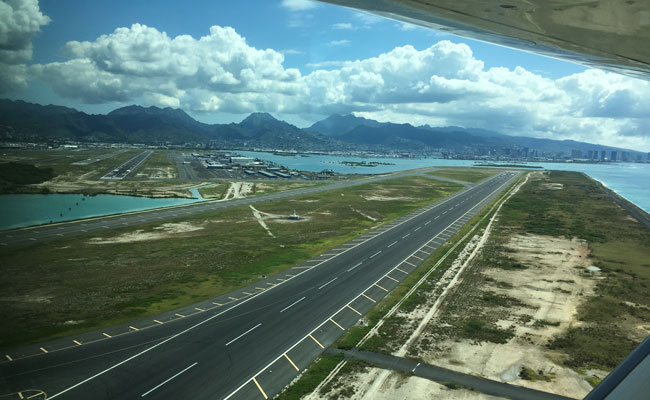 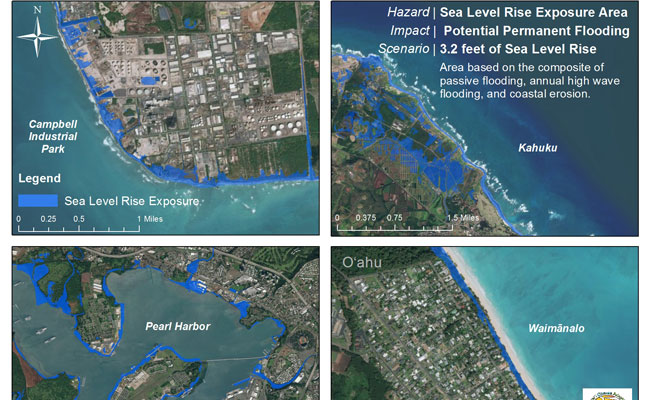 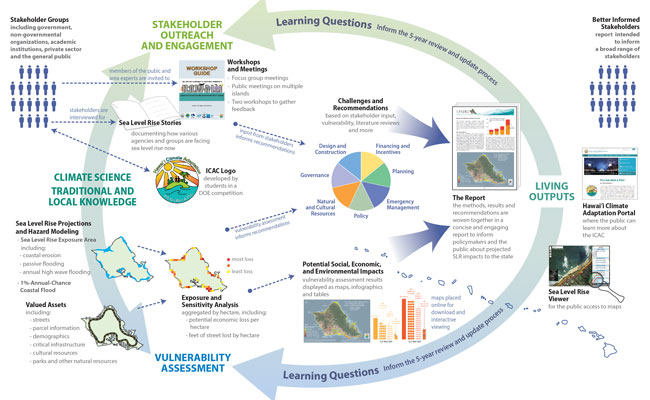 The impact of sea level rise resulting from climate change presents an imminent threat to the economy, sustainability, security, and way of life in Hawai’i, with the potential to cause loss of roads, utilities, and structures across the state. In 2014 the Hawaiʻi State Legislature passed the Hawaiʻi Climate Adaptation Initiative, mandating the first statewide sea level rise vulnerability assessment to provide a basis for recommendations on reducing exposure and increasing adaptability. In 2017 the State Legislature created the Hawaiʻi Climate Mitigation and Adaptation Commission and committed the state to reducing greenhouse gas emissions. The Hawaiʻi Department of Land and Natural Resources (DLNR), contracted with Tetra Tech to prepare the Hawaiʻi Sea Level Rise Vulnerability and Adaptation Report, which DLNR submitted to the State Legislature in December 2017.

For the report, Tetra Tech also developed the Hawaiʻi Climate Adaptation Framework consisting of recommendations and actions to increase Hawaiʻi’s capacity to adapt to sea level rise. At the core of this strategy was a commitment to support sustainable and resilient land use and community development. This framework was used to develop the report by emphasizing the use of climate science and traditional and local knowledge to identify climate change impacts and recommendations as living outputs that can be updated as information becomes available. The Hawaiʻi Climate Mitigation and Adaptation Commission is required to update the report every five years.

Tetra Tech used outputs modeled by the University of Hawaiʻi to develop a new representation of the area exposed to chronic coastal flooding called the sea level rise exposure area (SLR-XA). The SLR-XA depicts the area exposed to potential chronic flooding and land loss based on the university’s modeling of passive flooding, annual high-wave flooding, and coastal erosion. Tetra Tech also conducted a quantitative assessment of the vulnerability of land, structures, natural and cultural resources, and the environment in the SLR-XA and contributed key spatial results of the vulnerability assessment for the Hawaiʻi Sea Level Rise Viewer and state GIS database. The Hawaiʻi Sea Level Rise Viewer is an online atlas that depicts projections of future hazards and vulnerability due to rising sea levels.

The final report showed that potential impacts in the SLR-XAs from chronic flooding would render more than 25,800 acres of land unusable statewide. This land would erode into the ocean, be submerged by standing water, or be repeatedly washed over by seasonal high waves. Based on 3.2 feet of projected sea level rise by the mid- to latter-half of this century, the state could see $19 billion in lost land and structures, with billions more in damaged or lost infrastructure—including flooded roadways and structures, 20,000 displaced people, and 550 lost cultural sites. 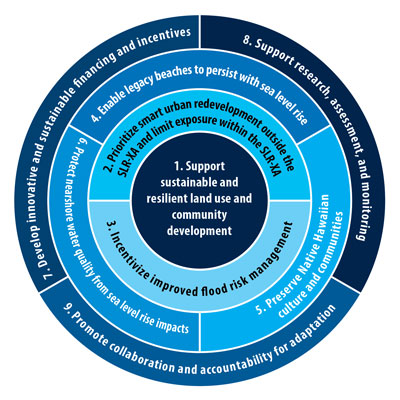 Tetra Tech developed nine key recommendations to reduce exposure and increase capacity to adapt to sea level rise, while engaging diverse stakeholders. These recommendations ranged from sustainable and resilient land use and community development to prioritizing smart redevelopment in areas outside the SLR-XA, limiting exposure inside the SLR-XA, and incentivizing improved flood risk management. We also proposed recommendations that address cultural and environmental vulnerabilities that underpin resilient and sustainable land use and community development. We included cross-cutting recommendations such as developing funding sources and incentives for adaptation; supporting research, assessment, and monitoring of changing conditions; and promoting collaboration and accountability for adaptation.

Tetra Tech also supported the Hawaiʻi Climate Change Mitigation and Adaptation Commission by developing briefings on the project and soliciting input on recommendations. Tetra Tech conducted public meetings on each island and organized and facilitated two statewide workshops to solicit issues, concerns, and potential recommendations from a diverse group of stakeholders. Sea level rise adaptation stories were developed through interviews with state and county government and other stakeholders to capture ongoing efforts to address coastal erosion and other hazards.

View the report on the Hawai‘i Climate Adaptation Portal.

Tetra Tech was recognized by the Hawaiʻi Climate Mitigation and Adaptation Commission in a December 2017 meeting for the timeliness and quality of its work.