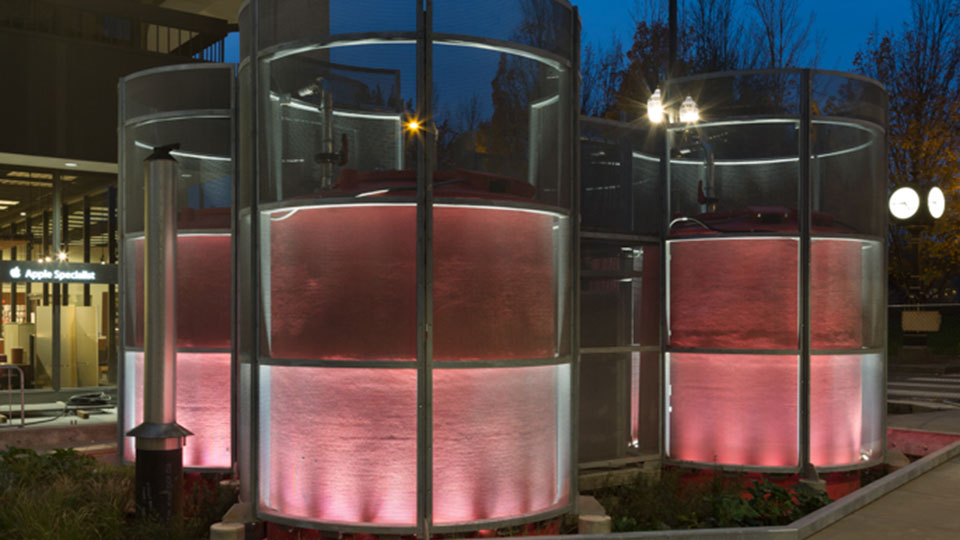 In the midst of a population boom, Portland is in need of more residential space. With the city’s current infrastructure not able to keep up with that need, new private developments have to accommodate a growing population without damaging the surrounding environment. Hassalo on Eighth was conceived as an EcoDistrict–a series of buildings that share sustainable energy, water, and waste infrastructure–to ease the city’s housing squeeze, revitalize a neighborhood in need of development, and allow its tenants to reduce their carbon footprint by nearly a third. GBD Architects selected Tetra Tech to provide mechanical, electrical, and plumbing; lighting; and low-voltage design, as well as energy analysis and fundamental commissioning for this development.

The development focuses on water reclamation to reduce the increased strain the city’s wastewater and rainwater systems place on the Willamette River, which runs directly though Portland. Hassalo on Eighth included an advanced central water design built around a natural wastewater treatment system, which is known as the Natural Organic Recycling Machine (NORM). Tetra Tech teamed with GBD, Biohabitats, PLACE, Puttman Infrastructure, and American Assets Trust to develop NORM, which cleans sewage using bacteria in an artificial tidal wetland that appears as typical planting beds in the landscape between each building. It has the potential to transform up to 54,000 gallons of sewage into reusable gray water daily. The gray water is then used onsite in toilet flushing, cooling, and irrigation, with any available excess used for groundwater recharge. NORM also helps this development ease strain on Portland’s outdated rainwater and wastewater treatment system, where thousands of gallons of wastewater flush into the Willamette River during heavy rains.

Based on the savings gained in water, sewer, and system development charges, the Hassalo on Eighth water system will pay for itself in four years. All three residential buildings on the site have achieved U.S. Green Building Council (USGBC) LEED v4 Triple Platinum certification.