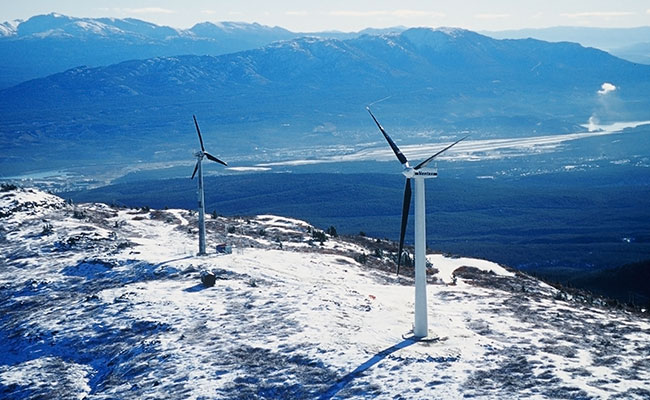 Yukon Energy constructed two wind turbines in Haeckel Hill just outside of Whitehorse, as a test installation over several years to evaluate whether wind generation was a viable option to augment hydropower and offset diesel use during peak periods.

The Haeckel Hill wind turbine facility consists of two wind turbines that were constructed in 1993 and 2000. Together, they generate about 0.8 megawatts of electricity. Tetra Tech conducted the geotechnical studies for this major undertaking and designed post-tensioned rock anchors below a concrete base to resist the large overturning moments for both massive structures.