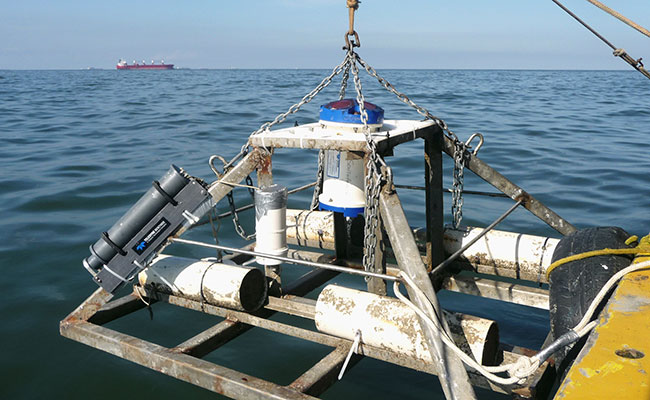 Tetra Tech, with Brazilian organizations Encibra and TECAM, has monitored the quality of water, sediments, and organisms in the estuaries of Santos and São Vicente, São Paulo State, Brazil. The Japanese International Cooperation Agency hired the consortium to verify the effectiveness of the improvements made by the Sanitation Agency of São Paulo State to its wastewater and treatment networks. Tetra Tech also helped to develop the study titled Environmental Monitoring Project of the Metropolitan Region of Santos.

Santos, São Vicente, and Praia Grande are the most densely populated cities within the Metropolitan Region of Santos. The coastal areas are subject to the release of domestic and industrial effluents through submarine outfalls and diffuse sources. The diffuse sources emanate from underground sewage channels near Santos and São Vicente estuarine systems, including tidal channels into Santos Bay.

The first phase of the project diagnosed the environmental quality of Santos Estuary, São Vicente Estuary, Santos Bay, and surrounding coastal areas before implementing the Environmental Recovery Program of the Metropolitan Region of Santos, known as the Clean Wave Program. The team sampled water, sediment, and marine organisms as a point of reference against future improvements made to the region’s wastewater and treatment network.

In the second phase, the consortium verified the expected benefits of the Clean Wave Program to the estuaries. Special consideration was given to human health aspects in this monitoring, because they reflect the anthropogenic inputs in the Santos Estuarine System.

The team also provided data of the quantifiable improvements made to the estuaries in the Metropolitan Region of Santos, collaboratively moving the region’s water quality forward and preserving the health of the estuarine systems.