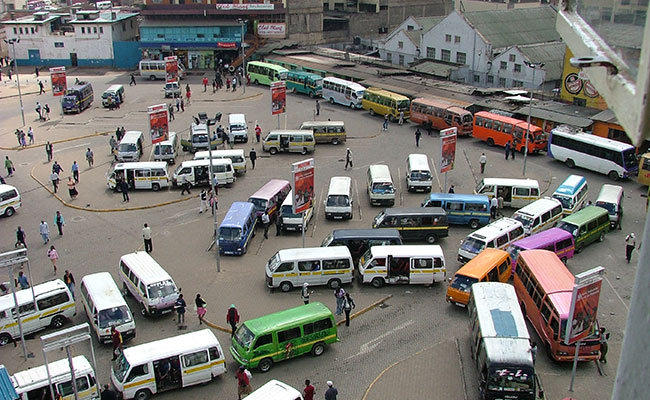 Kenya is one of the world’s most unequal societies in terms of income disparity and unemployment. This is especially pronounced among young people, nearly three quarters of whom are unemployed.

Funded by the government of Denmark, and managed by Tetra Tech the Business Advocacy Fund (BAF), phases one and two, sought to catalyze a better business environment in Kenya. A positive business environment leads to a more vibrant and competitive private sector that increases investment, creates jobs, and encourages people to start in business, helping to reduce unemployment and poverty. A stronger economy also translates to greater tax revenue for the government, increasing its resources for providing basic services.

The project supported effective advocacy by business membership organizations (BMO) and civil society groups with the aim of achieving a more supportive regulatory framework for business. Grants were awarded to organizations that advocated on behalf of their members. They were also used to support organizations coming together in partnerships. Additionally, the project funded organizations focused on improving the business environment for women and young people.

BAF also worked to create a group of business-related associations capable of continuing to engage in effective advocacy, by building dialogue and advocacy competence and providing tailored sustainability support. In 2014, the project provided 64 advocacy and sustainability training courses to 850 unique participants from 159 organizations. This enables donors to exit from this arena and address new challenges.

The project has facilitated 77 policy wins due to better advocacy and dialogue with government. BMOs have stated that as a result of using an evidence-based approach to advocacy, government is listening more. The Kenyan government now sees them as valued stakeholders who are called upon in the process of making policies and regulations. Some BMOs have stated that their relationship with government has changed from being combative to a more professional engagement.

The project has resulted in the private sector being sheltered from additional costs as a result of government policies and regulations. For example, the Matatu Owners’ Association advocated for 14 seater matatus (mini-buses) to remain operational and be phased out over time, rather than immediately, to reduce impacts on small and medium-sized business owners. Other examples of reduced red tape include the Kitale district becoming more business-friendly by reducing business permit processing time; the standardization of potato bag sizes increasing incomes for farmers; the establishment of new financial regulations to guide, protect, and safeguard assets; and the liberalization of the Kenyan seed market through a simplification of the seed trialling processes.

Advocacy by BMOs has resulted in improved regulation of e-commerce in Kenya. As a result of lobbying by the Kenya ICT Forum, the Kenyan government passed the Kenya Communications (Amendment) Act 2008 to make online transactions legally binding and valid as evidence in a court of law, with the aim of encouraging confidence and investment in the Kenyan digital marketplace. Additionally, the Linux Professional Association of Kenya engaged with regulatory authorities to create an impartial government technology procurement process that did not disadvantage local Kenyan suppliers. The improved regulatory regime resulted in more government contracts awarded to local companies, improving local ICT capacity and knowledge.

BMOs have successfully advocated for regulatory changes that improve the efficiency of movement, production, and confidence in Kenyan exports. The Shippers Council of Eastern Africa worked with port authorities and the national government to improve the efficiency of the Port of Mombasa. As a result, container processing time has more than halved from 13 days to 5.6 days. This has led to an increase in container traffic and faster delivery of port cargo and has reduced the cost of cross-border trade. Other export reforms as a consequence of lobbying by BAF-supported BMOs include changes to the regulation of Pyrethrum flower resulting in increased production and larger exports for Kenya, and an extension to an agreement to maintain the duty-free status of Kenyan cotton exports to the United States.