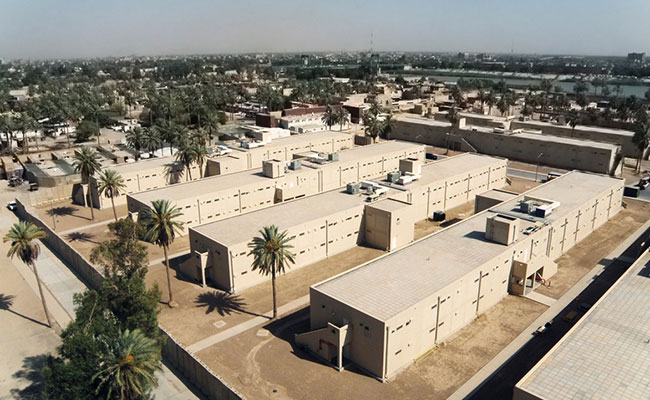 [Tetra Tech] met the demanding project deadlines and objectives, resolved issues quickly, and managed an effective design process. Without this coordination, our team would not have been able to turn over the first two critical housing facilities for use by U.S. State Department personnel within the first 365 days.

The U.S. Department of State (DoS) faced an urgent need to provide housing for diplomatic personnel at the Baghdad Embassy who were being housed in temporary facilities. Tetra Tech provided architecture-engineering (A-E) and construction phase services support to the U.S. Army Corps of Engineers and DoS for the Baghdad Embassy Housing Project in Iraq. This $50 million project involved the design-build of 11 two-story housing structures; a warehouse; support facilities; and complete on-site, self-supporting infrastructure for more than 1,000 DoS personnel within a secure 24-acre compound.The buildings were designed with integral blast-hardened roof systems capable of withstanding rocket and mortar attack, and the work had to be completed on an aggressive schedule in an active war zone.

To meet the aggressive schedule, Tetra Tech mobilized a field team to Iraq within 10 days of notice to proceed to initiate topographic surveys and site investigations. We developed a staged review and approval process and divided the designs into fast-track packages, which allowed the builder to perform work within limited areas of the site concurrent with design. Thirty-two detailed design submittals were completed and approved within 9 months, and the first facilities were turned over within 12 months.