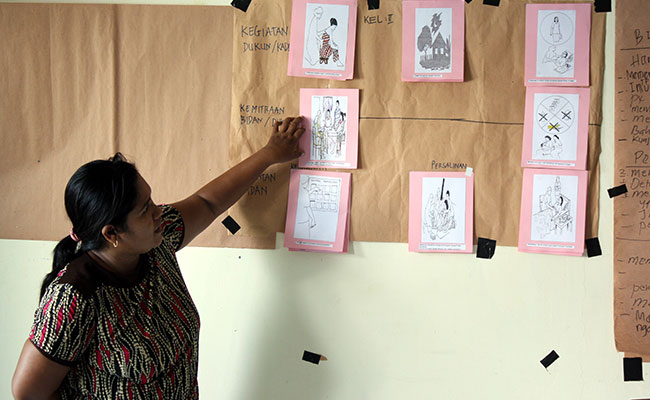 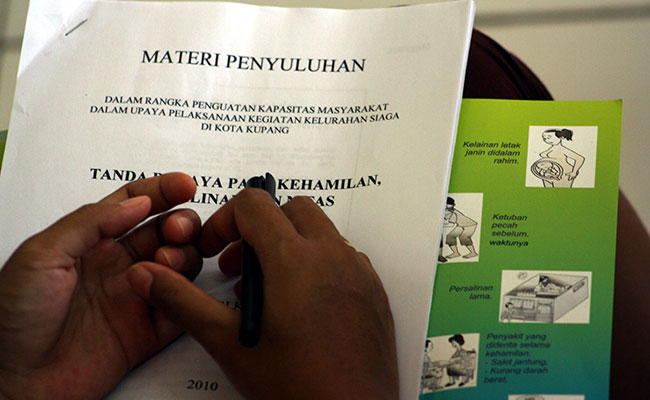 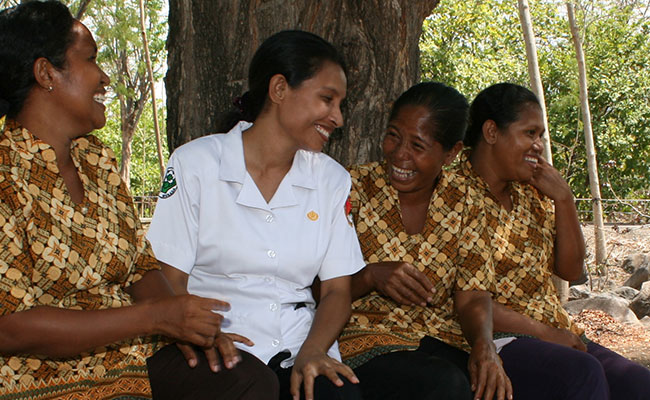 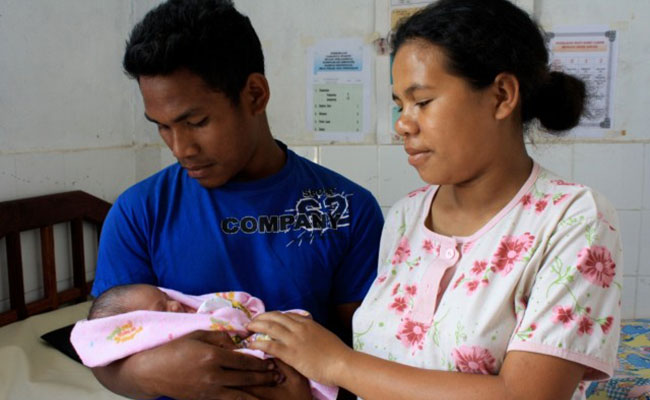 Tetra Tech’s Australia-based international development team, Coffey, managed the AIPMNH—a partnership between the Governments of Australia and Indonesia—that worked to make pregnancy and childbirth safer and lower the maternal and neonatal mortality rates in NTT.

In NTT more than 75 percent of births occur at home, with 40 percent of these deliveries assisted by traditional birth attendants. The province is spread out over many islands with limited and inadequate transportation infrastructure, making health services difficult for community members to access.

Through AIPMNH, our team worked with local, district, and provincial governments to improve services related to pregnancy and childbirth; strengthen the health system; and improve accountability and performance to ensure long-term sustainability of the program.

AIPMNH established behavior change communication teams consisting of local government, district and provincial leaders, and non-governmental organizations across districts to work directly with communities. Our team also conducted research into women’s barriers to giving birth in Puskesmas, which are local, community health clinics. We increased communication with rural and urban populations in NTT to disseminate the “all births at a health facility” message using innovative approaches such as radio shows, community dramas, and mobile phone campaigns to reach mothers and non-traditional influencers, such as traditional birth attendants, husbands, in-laws, and others in the health system and the community.

AIPMNH improved delivery of basic maternity and neonatal care at the community level. We trained more than 5,000 health workers and volunteers to support childbirth activities, around half of which were located in the NTT province. Birthing wards were renovated in East Nusa Tenggara, allowing twice the number of births to take place at those clinics, where data was collected.

AIPMNH achieved its main goal of reducing maternal and neonatal mortality in NTT. The project resulted in a 40 percent reduction in maternal mortality, a 7 percent reduction in infant mortality, and a 30 percent increase in the management of maternal and neonatal complications. In addition, 11 district hospitals became licensed and accredited and there was a 31 percent increase in birth deliveries in health facilities.