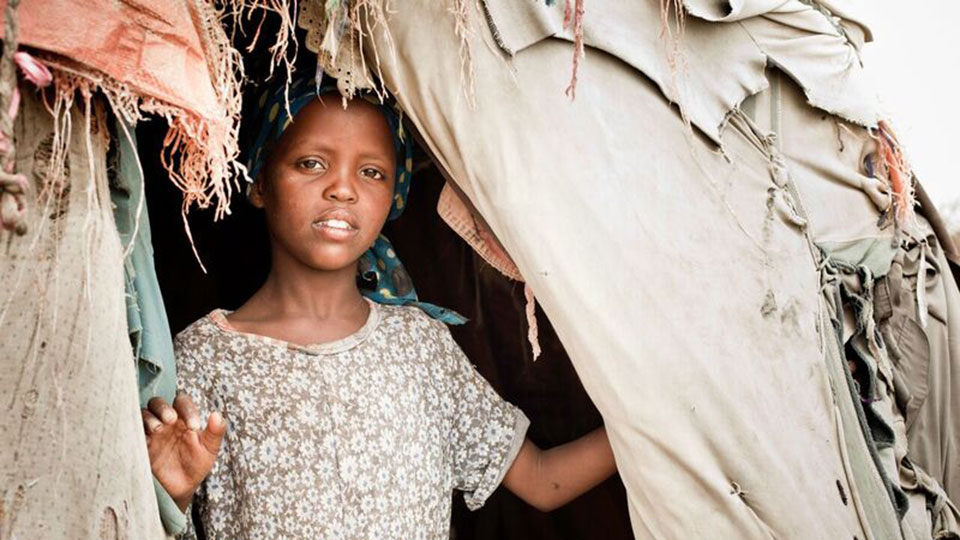 Simon Griffiths, the evaluation and research practice lead for the international development practice of Tetra Tech, reflects on their emerging approach to measuring urban resilience in humanitarian and urban settings. Focusing on Somalia, he looks at the importance of understanding and measuring social capital in building resilience among people who have migrated to urban areas due to drought and within the communities that host them in the short and long term. All opinions expressed in this post are the author’s own.

In the first half of 2017, Somalia experienced one of its severest droughts in decades. The U.S. State Department’s Humanitarian Information Unit (HIU) estimated that 1.6 million people living in Somalia were internally displaced by the drought. Most displaced people have settled in urban areas, particularly Mogadishu and Baidoa in South West Somalia. This situation has been made worse by the return of about 56,000 former Somali refugees from Kenya’s Dadaab refugee camp.

In Somalia this humanitarian crisis is an urban issue. Somalia’s main cities attract those who have been forced to leave their villages—many of whom are unlikely to return home. Municipal authorities, donors, and nongovernmental organizations (NGOs) recognize the importance of resilience as a bridge allowing displaced people to transition smoothly from dependence on cash assistance to more sustainable livelihoods.

The sudden influx of large numbers of displaced people threatens to disrupt the delicate balance struck by Somali municipal administrations, who already lack the resources to govern Somalia’s cities and towns. The governance of urban areas like Mogadishu and Baidoa is a contested process, as clans and sub-clans compete for access to scarce resources and basic services. The increased competition with the sudden influx of displaced people has already led to tension and conflict. Municipal authorities and the urban communities they serve must be able to absorb sudden shocks like these and adapt to the resulting conditions.

Understanding levels of social capital and cohesion between competing groups in Somalia’s urban centers is critical to municipal authorities’ and humanitarian actors’ ability to provide fair and equitable support and access to basic services. Social capital is a complex and abstract concept that captures factors that determine levels of social interactions, trust, and reciprocity between different social groups. Although these types of social outcomes are inherently difficult to measure, municipal authorities must be able to gauge levels of both social tension and consensus among competing groups. Early warning of emerging tensions enables them to proactively plan service provision and intervene to prevent tensions escalating into conflict.

I am working with Linda Beyer of the African Population and Health Research Centre and Dr. Katharine Downie of World Vision Somalia Resilience Programme to develop an approach to measuring social capital as an integral part of resilience measurement for humanitarian support for Somalia’s displaced people. We are placing a greater focus on measuring social capital between groups in urban centers who have been forced together by the humanitarian crisis. With the shift in humanitarian crises to urban settings, we are proposing that social capital and cohesion should be at the center of integrated frameworks that measure urban resilience, including capacities, contextual factors, household characteristics, well-being outcomes, and shocks and stresses.

Planning and enacting urban resilience in Somalia is inevitably a contested process that local authorities, NGOs, and donors need to manage. Achieving the level of social cohesion needed for inter-connected urban systems to function properly requires negotiation and trade-offs. Our objective is to demonstrate and promote the need for a greater focus on social capital when monitoring and evaluating the resilience of internally displaced people living in diverse and contested urban environments. Over the next few months, we will be finalizing the development of the framework for measuring social capital as an integral component of wider urban resilience measurement instruments. This collaborative work will culminate in a paper published in late 2018

Simon Griffiths is the practice leader of our evaluation and research practice in Europe, which delivers evaluation projects and programs in international development in the United Kingdom, Europe, and across the globe. Simon’s past experience includes being the evaluation manager team leader for the Girls’ Education Challenge (GEC) Fund, which was the largest program impact evaluation commissioned by the UK’s Department for International Development (DFID). Simon previously worked at the London Development Agency as the head of profession for evaluation. His earlier career includes leading evaluation and strategy for a community-based regeneration partnership in London, leading an urban planning consultancy at the World Bank, and working for three years as an architect with Voluntary Services Overseas in Bhutan, South Asia. Simon has post-graduate qualifications in Urban Development Planning from University College London and in Technology for Development from the Water, Engineering and Development Centre (WEDC) at Loughborough University.