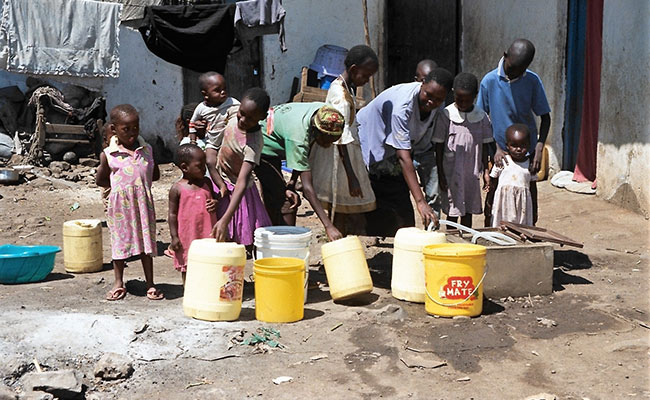 Jeremy Gorelick, senior infrastructure finance advisor for the Tetra Tech-implemented U.S. Agency for International Development (USAID) Water, Sanitation, and Hygiene Finance (WASH-FIN) project, discusses the reality of decreasing water levels in Cape Town, South Africa, and the opportunity WASH-FIN has to set an example for how to best prepare for water scarcity challenges in a rapidly changing world. All opinions expressed in this post are the author’s own.

Many countries find themselves at a critical juncture with their water and sanitation services. In a recent post on the USAID UrbanLinks blog, Jeremy explains the current water scarcity challenges facing Cape Town and how Tetra Tech is implementing sustainable, long-term solutions to the Day Zero crisis. Our WASH-FIN team is working to help the country gain access to financing for improving infrastructure by serving as independent, unbiased advisors. By helping vulnerable populations withstand shocks presented by the changing climate and water insecurity, Tetra Tech is connecting countries such as South Africa with alternative paths for more reliable, resilient, and sustainable services.

South Africa is a country of many contradictions. Since the founding of the Republic of South Africa in 1994 and the fall of apartheid, its leadership has made significant strides towards helping the country to achieve Nelson Mandela’s dream of a “rainbow nation.” According to the World Bank’s Ease of Doing Business index, it is the fourth-highest ranked economy in sub-Saharan Africa (after Mauritius, Rwanda, and Botswana). It is the second largest economy in sub-Saharan Africa, and predicts an annual GDP in 2018 of USD$326.54 billion, which makes it the 35th largest economy in the world.

However, one of South Africa’s largest and most well-known cities, Cape Town, has dominated headlines since the beginning of the year as the dreaded Day Zero approaches: the day when the city’s reservoirs go below a critical threshold and the city will turn off municipal water supply to many homes and businesses. Everyone has a different theory as to how Cape Town hit this point. Scientists from the University of Cape Town wrote in October of 2017 that the current drought was caused “not by … low rainfall in 2017” but instead by the fact that “2017 followed two successive dry winters.” An editorial in the Financial Times on the 28th of January 2018 argued that the problem was more systemic, resulting from the fact that “few city mayors are… doing enough to prepare for and adapt to climate change.” Regardless of the constellation of events that led to this perfect storm, the reality is that the city is in a position to set an example for how best to be prepared for a changing world where water scarcity is a reality, not a hypothesis. Designed with these challenges in mind, USAID’s WASH-FIN program is helping water service providers in Asia and Africa adapt to this new normal of water insecurity by ensuring access to adequate investment capital to build and maintain their water and sanitation infrastructure such that it can withstand shocks such as those presently faced in Cape Town.

WASH-FIN’s activities in South Africa are case studies of the potential impact of new approaches being rolled out by USAID, which emphasize the path toward self-reliance and the mobilization of non-traditional funding sources toward sustainable development. At the heart of the WASH-FIN approach is an emphasis on a three-pronged approach—financial sustainability, resilient design and engineering in a climate-sensitive environment, and repayable finance—that operates in conjunction, rather than in competition, with the financial contributions from national governments, charitable institutions, and peer agencies. As a result of WASH-FIN and similar efforts from others, the world can move closer to achieving the Sustainable Development Goals in water and sanitation. In addition, the innovative approaches the project is rolling out in South Africa and elsewhere carry great promise for charting a new path for USAID’s engagement in the municipal service delivery sector worldwide. 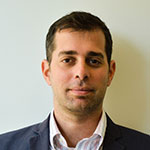 Jeremy Gorelick is the senior infrastructure finance advisor for WASH-FIN, a five-year USAID program intended to close the financing gap between the programmatic needs and financial resources of water and sanitation service providers. Over the past 15 years, he has been responsible for the mobilization of more than USD$1.35 billion in infrastructure finance through commercial lending and capital markets activities in emerging markets around the world, with a focus on sub-Saharan Africa over the past seven years. Since 2010 he has taught classes in finance and development at the Johns Hopkins University, and has recently submitted his doctoral dissertation on municipal bonds in sub-Saharan Africa at the University of Cape Town.