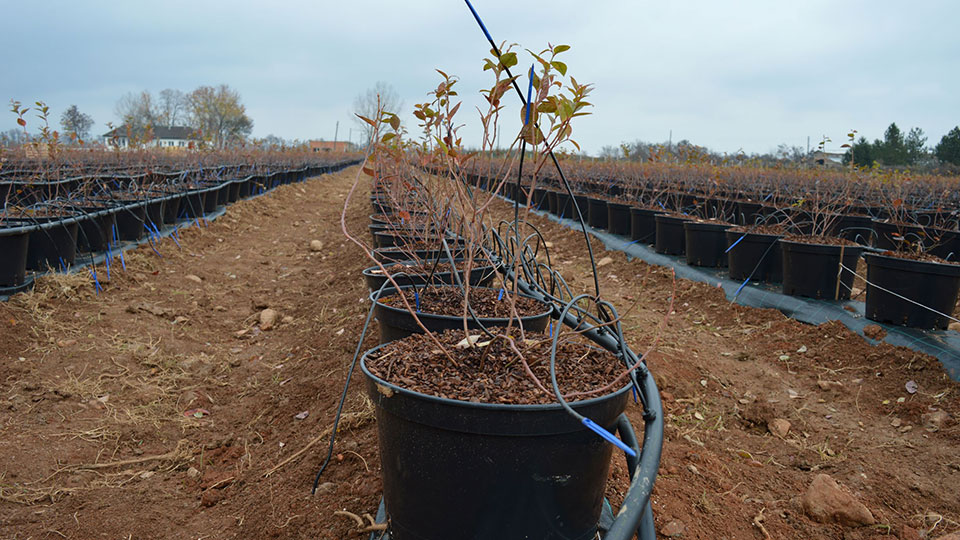 Tetra Tech’s Chief of Party, Mark Wood, and our Agricultural and Food Security team wrote this piece on working with the U.S. Agency for International Development (USAID) to protect Kosovo’s agriculture sector.

This blog was originally published on AgriLinks.

The agricultural sectors in Kosovo and Europe are experiencing the effects of climate change, reflected in increasing climate variability and unpredictability. Climate change not only affects crop production; it affects the whole market system, impacting the livelihoods of Kosovar producers and their competitiveness in the markets they established since the country gained its independence.

Besnik Lila, a young Kosovar who established Kosovo’s largest blueberry orchard, has witnessed these changes firsthand. During the 2018 blueberry harvest, warm spring temperatures in northern Europe shifted the harvest season two weeks earlier in large production areas such as the Netherlands, causing harvests to coincide with those in Kosovo and southern Europe—resulting in plummeting market prices, decreasing profitability of the whole value chain, and threatening Besnik’s operations and livelihood.

"We have learned that climate change is not just a production problem in agriculture; the market systems impacts are equally significant. Working with agribusinesses and farmers to make their production more predictable in an uncertain and increasingly risky climate needs to be a critical part of how we make our food system more resilient, inclusive, profitable, and sustainable in the future."

Kosovo’s farmers must adapt to a changing climate and growing environments to protect their livelihood and maintain agriculture as a viable business. USAID’s Agricultural and Rural Opportunities (AGRO) Activity, implemented by Tetra Tech, designed innovative technologies and activities, including modern irrigation and fertigation systems, state-of-the-art anti-hail systems, and new plant varieties. We partnered with the private sector to test and scale up these technologies and provide time-sensitive advice to enhance farmers’ adaptive capacity. These activities helped farmers maintain their competitiveness and build the capacity they need to be resilient and thrive in a changing climate and a dynamic market.

Traditionally, farmers in Kosovo have irrigated with flood systems, which can result in water losses of up to 50 percent through soil percolation. The same field can be overirrigated in some places and underirrigated in others, leading to crop stress, which increases susceptibility to pests and diseases and reduces yield.

Drip irrigation requires relatively low pressure, thereby improving pumping energy efficiency and lowering withdrawal rates from both aquifers and surface water storage systems—a critical issue in western Kosovo. In raspberry production areas, drip irrigation systems have been transformative for primocane varieties, which bear fruit throughout the summer and are more vulnerable if only rainfed. Modern irrigation has boosted yields by more than 30 percent above regional averages. The remarkable results witnessed in AGRO-supported fields spurred commercial farmers to convert to drip systems in their orchards across several thousand hectares.

Vegetable farmers also are transitioning from traditional flood irrigation practices to drip irrigation and fertigation systems. As a result of AGRO-supported field demonstrations, training, and promotion, pepper farmers in the Podujevo municipality have fully adopted drip irrigation. In the Dukagjini Valley, farmers are adapting traditional production systems to meet increased export demand with strict supply requirements for consistency and quality. Aggregators embed technical services in their support to farmers, which include training in good agricultural practice, harvest management, and post-harvest management to ensure consistent quality.

AGRO’s climate-smart agriculture approach promotes modern irrigation techniques and technical services for stronger and more resilient crops. This approach ensures that farmers and agribusinesses across 400 hectares of greenhouses and 1,000 hectares of open-field production of gherkins, peppers, and tomatoes are better able to manage climate risks and climate change. As a result, these farmers are reliably able to meet domestic and international market demands, secure their incomes, and secure their livelihoods.

AGRO works in partnership with the private sector to screen and test new plant varieties for performance at multiple sites to determine suitability in a changing climate. Introducing new climate-adapted plant varieties, following commercial screening trials, is an effective way to mitigate the effects of extreme temperature variation. New planting materials diversify the production landscape, reducing farmers’ risk from extreme climate conditions, while also increasing their responsiveness to market requirements from European and other buyers.

Once materials are planted, erratic and unseasonal temperatures can still pose a serious threat to pome fruit (e.g., apples and pears) producers. Unusually high spring temperatures caused early flowering for two successive years for the EBE company, which grows high-quality apples in Mališevo. In 2017, the season’s crop was lost in a single night when the embryonic fruits were destroyed by an unseasonably late frost in May. To avoid similar outcomes, AGRO collaborated with the pome fruit sector to develop an anti-frost system suited to pome fruit orchards. Through AGRO’s Innovation and Incentive Fund, AGRO awarded a grant for an eight-hectare demonstration plot to test if the anti-frost system protects the crop if the temperature falls below freezing during the critical spring-flowering phase. As pome fruit is sensitive to internal temperatures below -1.5 degrees Celsius, the anti-frost system uses mist irrigation to protect the fruiting points by freezing water on the plant, insulating the flowers and fruit within from temperatures below 0 degrees Celsius.

Heavy and damaging hail also is becoming a common occurrence in Kosovo, causing as much as €20,000 (USD $23,635) of damage per hectare for high-value crops such as blueberries. In response, AGRO supported the installation of anti-hail netting by apple producers, which offers additional benefits of reducing water loss from the field, regulating light intensity, and providing protection against frost, which forms on the net rather than on the plants.

Farmers need accurate forecast information on weather events, pests, and diseases to properly plan short-term risk management and long-term adaptation actions. AGRO collaborated with Kosovo’s IPKO Telecommunications to install a network of 19 climate monitoring stations across six production zones throughout the country, and employed two young graduates to manage the system. These stations feed into a central location, where IPKO employees analyze the data and formulate targeted agronomic advice about the potential for pest and disease outbreaks for 24 crops serving more than 1,000 farmers and input suppliers. IPKO disseminates the information to registered farmers and input suppliers by text messaging. Farmers also can improve their irrigation management and frost predictions through site-specific weather forecasting data from the system’s continuous monitoring of temperature, wind speed, and humidity. 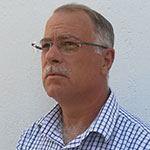 Mark Wood is a leader on delivering development outcomes by working with agribusiness to improve agricultural market systems. He has more than 35 years of experience in developing competitive agribusiness, production, processing, and marketing value chains in Zimbabwe, Swaziland, Uganda, Zambia, and Kosovo. Mark is a results-driven development professional working extensively in agribusiness systems and value chain development and implementation.