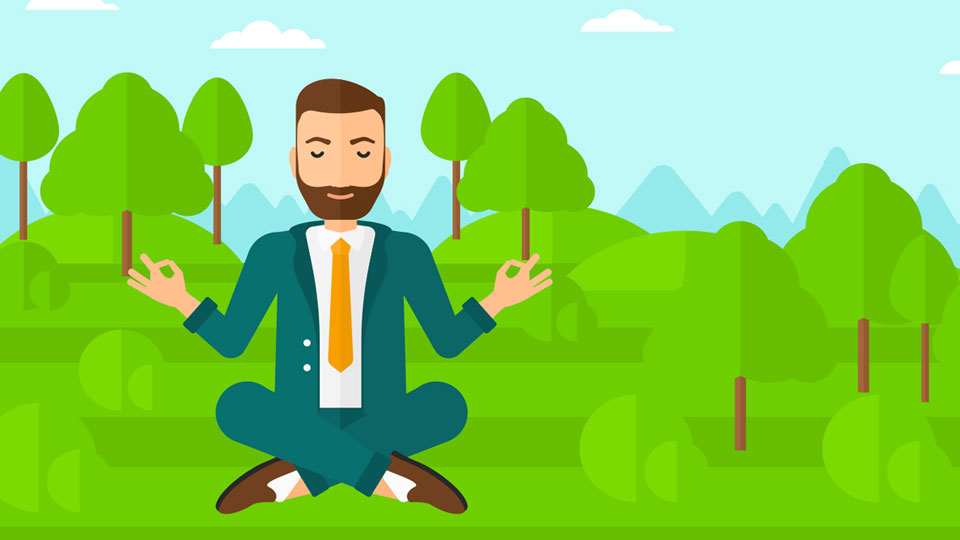 Sitting is the new smoking, so they say.

And with most office workers spending 80 percent of their day engaged in sedentary activities, it’s no wonder our attention has turned to health and wellbeing.

There’s a palpable feeling within the Australian construction industry that it’s time for the green building movement to look beyond energy and water efficiency to the next big thing.

The evidence that green buildings are good for human health continues to stack up. United Technologies Corporation—the company behind well-known brands like Carrier and Otis—just funded a lab-based Harvard University study to examine the impact of green buildings on cognitive function.

Researchers varied the levels of carbon dioxide (CO₂) and volatile organic compounds within the lab’s air, and assessed nine cognitive domains, including activity levels, task orientation, and crisis response. Scores for crisis response were up to 131 percent higher in the environment with enhanced ventilation and lower CO₂ levels, while scores were 288 percent higher for strategy and a whopping 299 percent higher for information usage.

The revelation that high levels of CO₂ are far from benign, and can have a significant impact on cognitive function, is not new. But it’s increasingly in the spotlight as companies recognize that human capital is far more expensive than buildings or materials. In fact, up to 90 percent of a company’s operating budget can be spent on its people.

CBRE's managing director of asset services for the Pacific region, Amanda Steele, believes it is time to rethink how we value property.

“We've been looking at property as if the money is tied up in the bricks and mortar, rather than the people who work, live, and shop there," said Steele.

Enter the WELL Building Standard, which meshes best practices in design and construction with evidence-based medical and scientific research to harness the built environment as a vehicle to support human health.

More than two million square meters (21,527,820 square feet) of space has gained WELL certification in 12 countries and a number of Australian heavyweights are lining up to register WELL projects.

Macquarie Group achieved the first WELL Building rating in Australia for 50 Martin Place in Sydney, and Lendlease is piloting the upcoming WELL Community standard on key urban regeneration projects, such as Barangaroo South. DEXUS and Grocon have registered 480 Queen Street in Brisbane, and Mirvac and Frasers Property are both targeting WELL ratings for their Sydney headquarters.

The $100 million renovation of 50 Martin Place provided a perfect opportunity for Macquarie Bank to reinvent its workplace. The bank needed to meet 90 features to achieve a WELL platinum rating—and while this included some bread-and-butter areas of building design, the process demanded consideration of concepts not usually on our industry’s radar.

The 2000 staff at 50 Martin Place now walk past a central staircase to get to the lifts to encourage them to walk, while the central atrium floods the building with natural light, providing a more pleasant and productive working environment—all business as usual for green buildings.

However, many of the WELL credits fall within the remit of the traditional human resources department, such as policies for flexible working, stress and addiction treatment, incentive programs for physical activity, handwashing and mindful eating, and not to mention, portion control and sugar content of food served in cafes.

“Food served in the building’s café now has a lower sugar content,” says Michael Silman, head of corporate real estate. “We have yoga and music rooms, fitness facilities, mindfulness training programs, a choir, and a roof garden with chickens, beehives, and vegetables.”

Silman believes sustainability rating systems such as Green Star and NABERS live harmoniously with WELL, and that the process helped Macquarie solidify its thinking and develop more formalized wellbeing programs.

In March, the Green Building Council of Australia (GBCA) announced a new partnership with the International WELL Building Institute, which administers the WELL Building Standard. The GBCA said, “a truly sustainable building not only addresses environmental impact, but social and economic impact, too.”

But will a shift in focus sideline nuts-and-bolts sustainability?

I don’t think so. Instead, I think we’ll see the sustainability sphere of activity continue to expand, as we find new opportunities to add value, create great places for people, and leave the planet in a better shape than we found it.