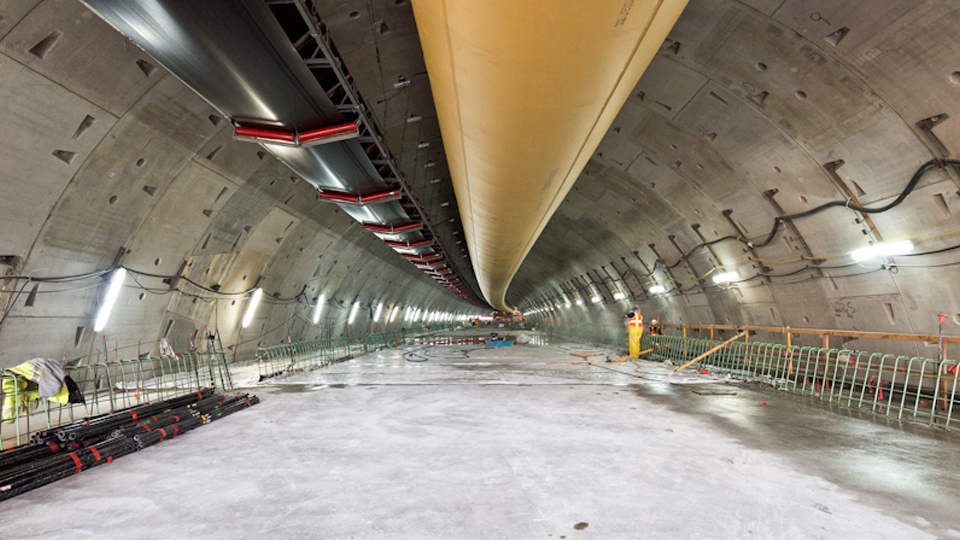 Angela Templin discusses the role commissioning played in completing the functional testing required for Seattle’s State Route (SR) 99 tunnel to be ready and safe for commuters.

From a deluge system capable of pouring as much as 17 inches of water per square foot to the 300 cameras monitoring traffic, Seattle’s SR 99 tunnel might be one of the safest, most well-monitored spaces in the city. Traffic now passing below downtown is doing so in a tunnel designed to withstand a 9.0 earthquake and that, and within seconds, can alert drivers to anything from a multicar pileup to a bucket that’s flown off the back of a truck.

But you don’t design and construct a megaproject like this and simply open it to more than 100,000 vehicles overnight. While ushering drivers from Point A to Point B (in this case, from CenturyLink Field to the Space Needle) is any roadway’s primary objective, making that trip simple and seamless requires hundreds of mechanical, electrical, plumbing, lighting, low-voltage, security, and digital safety systems—both inside and outside the tunnel—that each need to be inspected and tested. And tested. And tested again.

Led by Angela Templin, the commissioning team in Tetra Tech’s High Performance Buildings Group performed functional testing for the tunnel and for the operations buildings on either side of the tunnel. Beyond basic functionality, this type of project requires considering and testing multiple scenarios and iterations to conclude as closely as possible that the automated tunnel systems and the WSODT Operations staff are fully prepared to manage any problem that may arise when the tunnel opens.

Prior to the new tunnel receiving its first commuter earlier this year, more than 100 individual systems needed to be tested and verified to be working both individually and together. Testing starts with every subsystem, then branches out from there to verify the system functions properly in conjunction with others. This means, for example, beginning by checking the drainage system to see if it’s pumping water where it needs to go. Then moving on to fire suppression and checking each of the 208 deluge valves individually (on both the northbound and the southbound sides); to make sure they are providing proper coverage throughout the tunnel. Because the pumps were previously verified, the deluge water is now pumped out of the tunnel, preventing flooding. Then they verify lighting systems to see if they perform as intended for each emergency scenario (while also verifying lighting in the opposite direction of the tunnel maintains its normal, non-emergency operation). Then the public address systems are tested. Once all systems are tested individually, an emergency is simulated to see if each system functions seamlessly together to suppress a possible fire, alert drivers of the emergency, and give proper instructions and direction for escape if needed.

TEAMING IN THE CLOUD WITH CX ALLOY

The testing and verification of all systems were completed under a daunting timeline of an incredibly visible project that caused intermittent freeway closures leading up to its completion and has a large, publicly financed price tag attached.

The team needed a way to work fast, communicate easily, and know the status of the ongoing testing. Historically, all the documentation on a commissioning project is managed and maintained within a project binder that contains all the documentation for every system. On a megaproject like this, the scale and number of systems make printing out and compiling massive binders of documentation nearly impossible—particularly when considering printing and material costs as well as the physical space required. The time required for setup and ensuing communication back and forth between the Cx team, the contractor, and the owner risks delaying the project for weeks, if not longer.

“On a massive scale you’re going from having a couple thousand pieces of equipment,” says Templin. “And a lot of systems in the tunnel come down to life safety. So, it’s critical to have that latest version of the documentation in one place accessible at any time by the entire team. The traditional paper binder would have significantly hampered the entire process.”

To accomplish that, the team worked together in the cloud via Bluebeam and Cx Alloy. These tools allowed the entire team to work from the same information, mitigate rework, and build trust among the group, which is critical when so many systems boil down to life safety. More importantly, it provided greater efficiencies and ultimately sped up completion of the testing.

“Working in the cloud document repository allowed the entire team to access that documentation in real time from anywhere,” Templin says. “Understanding the scale of this project, we pushed to collect a lot of documentation early on that we’d normally gather at the end of the project – testing documents, startup reports – all typically done as a close out. Because they were part of a pre-functional checklist, now that we’re near the end, 99 percent of those documents are where they need to be.” Through this coordination-intensive project, the Tetra Tech commissioning team has learned many lessons about the effective management of commissioning documentation, collaboration, and information sharing, and played a valuable role in verifying that one of the most high-tech tunnels in North America operates properly. Our team is always looking to leverage these lessons in our projects from a 16,000-square-foot community center to the new North Satellite Terminal at Sea-Tac International Airport.