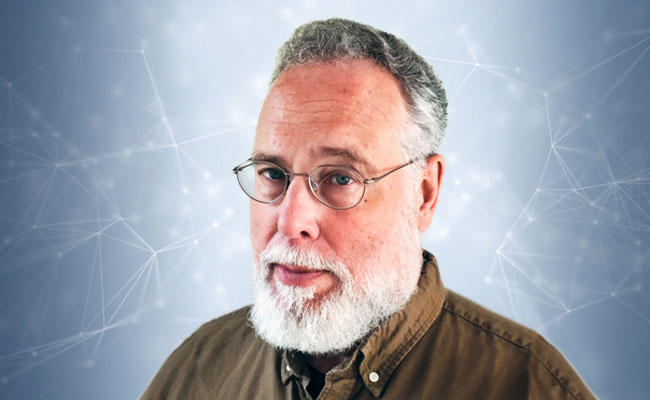 Seth Pitkin is a distinguished hydrogeologist with more than 32 years of experience in the strategic investigation and remediation of groundwater and subsurface contamination. A leading expert in the fate and transport of organic contaminants, Mr. Pitkin is known for his innovative site investigations using high-resolution site characterization (HRSC) and the U.S. Environmental Protection Agency’s (EPA) Triad Approach to site characterization and remediation.

Mr. Pitkin’s expertise includes the characterization of sites where the emerging contaminants per- and polyfluoralkyl substances (PFAS) are of concern. He developed rigorous protocol and procedures for working at these sites and oversaw the development of the only fully accredited (ELAP and NELAP) mobile liquid chromotography-mass spectrometry (LC/MS) and MS laboratory in the United States. Mr. Pitkin leads Tetra Tech consulting efforts on a commercial PFAS site using forensic chemistry along with detailed vertical groundwater profiling, soil sampling, regional data review, and other methods to demonstrate that more than one source (and potentially responsible party) is present at the site.

Mr. Pitkin has provided expert litigation support and participated extensively in academic groundwater research, as well as in studies with EPA, the Department of Defense (DoD), and the Department of Energy environmental research programs. He holds a Master’s of Science in Chemical Hydrogeology from the University of Waterloo.

What are PFAS, and why are states and federal environmental authorities concerned about them?

PFAS, sometimes referred to as perfluorinated compounds, are man-made chemicals associated with the manufacture and application of polytetrafluoroethylene—(PTFE) also known as Teflon. These chemicals include perfluorooctanic acid (PFOA), perfluoroctane sulfonate (PFOS), GenX, and other fluoropolymers widely used in manufacturing and firefighting. Sales of fluoropolymers globally reached $6.5 billion—about 650 metric tons—in 2014 and are expected to exceed $10 billion by 2022.

While EPA issued lifetime health advisories for PFOA and PFOS in drinking water in 2016, PFAS also have been identified in food, workplaces, clothing and apparel, plants and animals, and commonly in human blood. These chemicals can accumulate in the human body, and prolonged exposure can make people sick. Major U.S. chemical manufacturers voluntarily stopped using certain PFAS by the end of 2015. However, the chemicals are still used overseas, and consumer goods manufactured using PFAS are commonly imported to the United States. These items are used in homes and offices every day, including stain-repellant carpet, apparel and textiles, coated paper and packaging, non-stick cookware and surface coatings, and plastics.

What can you share about the possible health effects of PFAS exposure through daily activities?

PFOS and PFOA have been found not to be metabolized by humans and to bioaccumulate in humans and other animals. PFOS is readily absorbed by and transferred throughout the human body; the half-life of PFOA is 2.3 years in humans and that for PFOS is 5.4 years. Studies suggest that PFOA exposure is associated with elevated cholesterol, increased liver enzymes and decreased bilirubin, chronic kidney disease, early menopause, obesity in females at 20 years of age, and attention-deficit/hyperactivity disorder. Evidence for carcinogenicity for both PFOA and PFOS is classified as “suggestive.” High blood levels of PFOA are associated with kidney and testicular tumors. On a positive note, levels of these chemicals in human blood have been declining in general since the voluntary phase out of PFOA and PFOS.

Airborne transport and atmospheric deposition disperse PFOA and PFOS widely throughout the environment, and they are ubiquitous worldwide. These contaminants find their way into sewers but are not successfully treated in standard treatment plants. They are then discharged with wastewater into surface water bodies. People living near Air Force bases, airports, or manufacturing plants may be exposed via groundwater, surface soil, air, and surface water. Most human exposure, however, has likely been through our use of consumer products containing PFOS and PFOA, including food packaging and apparel.

How are environmental agencies identifying and addressing concerns related to PFAS?

Health problems stemming from PFOA and PFOS were first recognized publicly in a 1999 lawsuit filed on behalf of a dairy farmer adjacent to a facility that produced PFAS-related products. He lost cattle that were poisoned by the facility’s discharges to surface water from their chemical landfill adjacent to his farm; many deer also perished from drinking the tainted water.

In 2009 EPA published provisional health advisories for PFOA and PFOS. In 2016 these were replaced with lifetime health advisory levels of 70 parts per trillion (ppt, individual or combined concentrations) in water. Some states set their own regulatory levels. Vermont, for example, set the level at 20 ppt, and New Jersey set it at 14 ppt. EPA is developing a maximum contaminant level for PFOA and PFOS.

Where do you think the regulatory community will direct its efforts around PFAS in the future?

Investigation and remediation of PFAS is growing rapidly and is expected to continue to require innovative approaches like HRSC and Triad, so Tetra Tech’s specialized experience with these methods is invaluable.

Currently DoD is in the site inspection phase of the cleanup process, sampling existing water supply wells and monitoring wells for the presence of PFAS at dozens of installations throughout the United States. Tetra Tech is involved in these efforts, and with similar studies at AFFF sites in Australia on behalf of its Department of Defence. Over the next year, remedial investigations will begin to assess the fate and transport of these chemicals and the locations of plume cores and source areas. These activities will require HRSC approaches to establish valid conceptual site models on which to base sound site management decisions. Tetra Tech is a leader in these methods.

Where can we learn more about PFAS, both as consumers and as solution-oriented consultants to our clients?

The public and consumers can find general information at the following web sites: