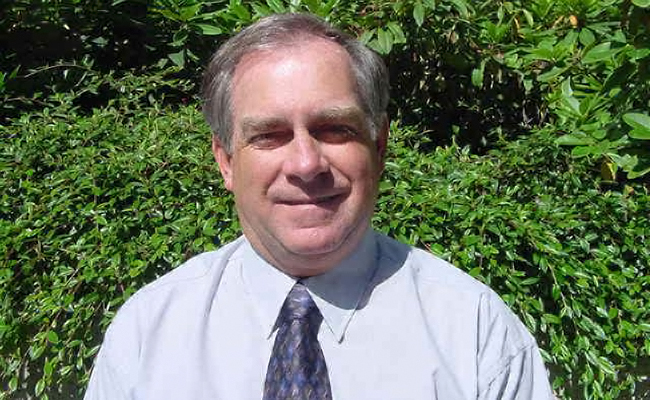 Rick Hoos has more than 35 years of professional environmental, socioeconomic, and major project management experience in the mining, oil and gas, and pipeline industries, and with the Government of Canada.

He has managed or participated in multidisciplinary teams working on major projects in Canada, the United States, and Latin America. He is familiar with the regulatory requirements and expectations of many countries and with the international financial community. Mr. Hoos has developed an expertise in environmental permitting for arctic and circumpolar region projects.

Mr. Hoos received his Bachelor of Science degree in biology and geography from the University of Calgary and his Master of Science degree in oceanography and marine biology from the University of Victoria. He was among the first employees hired to work on federal effluent regulations for Environment Canada when the department was formed in 1970. In addition to his industry experience, Mr. Hoos has served as an Adjunct Professor of Natural Resources Management at Simon Fraser University since 1984. Mr. Hoos joined Tetra Tech in 2000.

What types of northern development projects do you work on?

I’ve worked on a number of mining projects in the Northwest Territories including all three of the existing diamond mines there, and I currently provide environmental management services for one of the oldest tungsten mines. Most recently our team has just completed two large Environmental Impact Assessments (EIA) for a proposed new gold mine and a separate rare earth metals project.

In addition to mining and minerals work, we recently completed the EIA for a proposed arctic road – the Inuvik to Tuktoyaktuk Highway in the Mackenzie Delta area of the Northwest Territories. The completion of this highway will finally connect southern Canada to the Arctic Ocean by a year-round overland road. This project is really exciting and rewarding for me personally, because I’ve been working with the community of Tuk (Tuktoyaktuk) since 1979. In the past, I usually appeared before the people of this community as a representative of the oil and gas industry, but I really feel that a certain degree of trust has been developed amongst us all over the many years that we have spent together.

When I found myself coming back to talk to them about “the highway,” which the community really needs, it was very heartwarming. It has been exciting to spend time with the community trying to find ways to make this project happen. Tuk is only connected to the rest of the world by road for part of the year. In summer they have no overland transport options, and the cost of living up there is exceptionally high, especially when the community is isolated from the south.

What is the importance of the Inuvik to Tuk Highway project?

This project is important to the Government of Canada for many reasons. It supports northern sovereignty initiatives and would provide year round access to the Canadian Coast Guard Base on the Arctic Ocean. It is also considered to be a road to resources because it would be useful for future oil and gas exploration, although the Mackenzie Valley Gas Project, when eventually constructed, will have an even greater effect on the area and the North in general.

Also important is that the road will vastly improve the quality of life for the people of Tuk, as well as Inuvik. Community members in these two communities would really like to see the highway happen. They can see how it can benefit families—reducing the cost of living, providing opportunities for work, allowing families to travel for their children’s sporting events or to go to the hospital in Inuvik. Currently in the summer they have to travel by boat, which is not practical, or by plane, which is expensive. When the road is complete, they will be able to do many more things that we simply take for granted.

How does the Inuvik to Tuk Highway project utilize Tetra Tech’s capabilities?

Tetra Tech, through our Inuvialuit Joint Venture Company, Kiggiak-EBA Consulting Ltd., has been providing environmental, engineering, and socioeconomic consulting services for the proposed Highway, including preparation of the EIS. We are also supporting the ongoing environmental review process, which will lead to the overall approval of the Project. Our transportation engineers are leading the engineering design of the highway. When the project moves to the construction phase, we are hopeful that EBA engineers and our environmental team will be involved with the construction monitoring phase of the project as well. EBA is performing a similar role for several other pieces of northern infrastructure, including a number of sections of the proposed Mackenzie Valley Highway. We have the ability and opportunity to see the project all the way through.

What challenges do you encounter on arctic transportation projects?

In permafrost environments such as those found in the Mackenzie Delta and Tuktoyaktuk Peninsula area it is generally not a good idea to disturb the surface by digging into it.  So when a proposed road approaches a hill, the road has to go over the hill or around it.  In the case of the proposed Inuvik to Tuk Highway, the road will be constructed over the frozen surface of the tundra during the winter months.  Initially the surface of the frozen tundra will be cleared of snow. Subsequently, geotextile fabric will be placed on the surface of the footprint, and the fill material will be end-dumped and graded to form the road base. This process will be repeated for the entire length of the proposed Highway.  In effect, the Highway will consist of a berm of road one and a half to two meters high, extending for about 140 kilometers.

However, in the case of this proposed new Highway, one of the biggest challenges is not the actual construction or operation of the Highway itself, but in providing new access for the public to an area that has been mostly inaccessible, especially during the snow-free months. The concern is that with a new road, people will have greater opportunity to harvest the natural resources of the area. We believe that the behavior of the public will need to be managed using specific strategies. The proponent group, with the help of EBA, has identified ways for the natural resources management agencies, the local Hunters and Trappers Committees and other interested parties involved to work together to educate the public and minimize possible negative effects on the fish and wildlife resources of the area. The Environmental Impact Statement also identifies mitigation measures and strategies that the developer of the Highway will need to implement to protect the natural environment of the area.

We’ve talked about challenges, but what do you enjoy most about your work?

I love the type of work that I continue to be able to be involved with and the fact that EBA has allowed me the range of freedom to pursue very interesting and challenging projects. I also really appreciate the opportunity to mentor the many bright, young, enthusiastic, and skilled personnel who will someday take over responsibilities from folks such as myself!  That is all very exciting for me, as has been the transition to Tetra Tech, which has been a wonderful, positive experience.