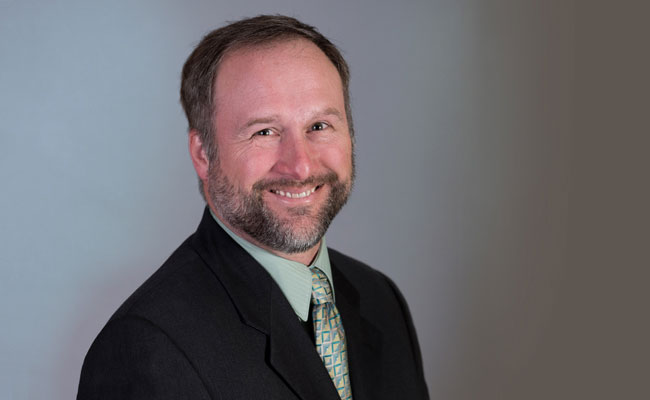 Mr. Kovacich began working in the environmental consulting industry in 1994 and joined Tetra Tech in 1995. He has more than seventeen years of professional experience applying hydrogeological principles to municipal groundwater supply, landfills, environmental investigations, and remediation. He has extensive experience completing large-scale site investigations at sites with a wide range of contaminants including heavy metals, brines, chlorinated solvents, PCBs, and refined petroleum products.

Your job title is Hydrogeologist—what do you do?

As a hydrogeologist, my focus is groundwater. There are two primary sides to the business of groundwater: how to clean it up, and how to find it with sufficient quantity and quality to supply drinking water, irrigation, and other uses. I’ve worked in both the environmental restoration side and water supply side.

On the environmental side, Tetra Tech recently worked on a biobarrier project in Connersville, Indiana, that successfully addressed trichloroethene (TCE) contamination in a groundwater plume.

How big of a problem is TCE contamination in the United States?

From the 1950s through the 1990s, TCE was considered by many to be a “miracle degreaser.” Virtually every tool and die shop and every major manufacturing facility across the country used TCE, along with other solvents, to clean manufacturing machines or prepare manufactured parts for painting. And of course dry cleaners were using PCE (tetrachloroethene) to take care of that ring-around-the-collar.

Exposure to TCE can have significant adverse health effects and is considered a known carcinogen in the State of California. Nearly every industrial property I have ever investigated has had detection of TCE. It’s not always in concentrations that require immediate action, but it is often there. And it can volatilize off of groundwater and impacted soil to the indoor air of an office or house if the conditions are right.

The Connersville site was a former automobile parts manufacturing facility. Before the parts went to final assembly or were painted, our client cleaned them to remove the cutting oil using degreasers including TCE. We’re not exactly sure how the TCE release occurred, but the contaminant migrated into the soil and then into the groundwater beneath the plant.

How was Tetra Tech’s approach at Connersville unique?

Our client did not want to tackle this problem with the traditional pump-and-treat approach. Pump-and-treat has been the preferred approach for sites like Connersville for over 20 years. Extraction wells are installed to capture the impacted groundwater and bring it to the surface, then the groundwater is usually treated with an air stripper or activated carbon. TCE can be stripped from the water stream because it’s so volatile, and once it is in the vapor phase, you can use carbon or a catalytic oxidizer to either absorb it or combust it to get it out of the air stream. This more traditional approach to treating TCE contamination in groundwater is often labor and capital-intensive.

Instead of building a pump-and-treat system at the facility, our client wanted us to look at an in-situ approach—something that was below-grade that they didn’t have to spend a lot for operation and maintenance costs. And that’s when we started looking at chemical oxidation or zero-valent iron or biologically enhanced in-situ technologies.

How did you choose a biobarrier then?

In the late 1990s, our office was part of the team that performed a demonstration project for the State of Michigan to prove that in-situ anaerobic bioremediation utilizing reductive dechlorination could be successfully applied in the field. We presented our findings to the Connersville client and they were very excited about the possibility of applying the technology to their site. So we did a bench test with Georgia Tech that proved promising, and then we did a pilot test at the site.

To conduct the pilot test, we identified a portion of the groundwater plume that exhibited the highest concentration known at that time and tried the technology there. When that proved successful, we went full-scale and installed the first biobarrier along the property boundary on the downgradient side of the source area, like a cutoff wall to prevent any more contamination from leaving the property.

How is a biobarrier built?

We install injection wells to place electron donor “food” for the bacteria and to change the environment from somewhat aerobic to very anaerobic. The environment must be anaerobic because the only known bacteria (Dehalococcoides) capable of complete reductive dechlorination only live in anaerobic environments. Dechlorination is the biological process that converts TCE and other chlorinated ethenes to ethene.

Once we condition the aquifer with electron donor, using simple vegetable oil and sodium lactate, we add bacteria to the aquifer to help accelerate the biological processes. The bacteria actually respires the PCE and TCE and gets energy by stripping the chlorine off the compound. So they “eat” the vegetable oil (electron donor), they breathe the PCE and TCE and other chlorinated ethenes, and get energy from doing the work we need them to do.

What is the role of groundwater modeling in this type of project?

We use groundwater modeling to determine how large the treatment area (biobarrier) will have to be. We estimated the amount of groundwater that would normally flow through an area and then how it might be slowed down by the biobarrier. We modeled several scenarios before installation to help develop the best design. We also use fate and transport modeling to decide how long each model should be maintained and what the optimal distance between each model needs to be to meet the site’s remediation goals.

So what do the regulators think about this solution?

Why do you think Tetra Tech has been so successful at it?

Well I think part of it is that we were involved with the research project in Michigan. We were able to leverage our involvement with the academic community and apply what we learned to this site.

It’s a collaborative effort with our client—from the beginning we were vested in this project because we knew our application of this technology was new and cutting edge. We’ve kept everybody informed along the way and have developed a team approach that has helped build a lot of positive energy between the regulators, the previous client, and now the City.