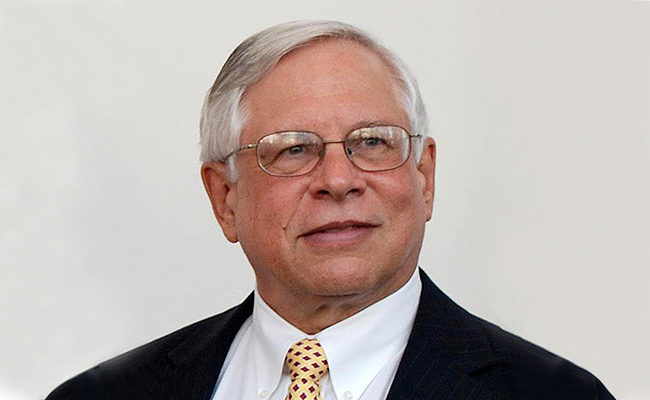 Richard Czlapinski is a senior coastal engineer and project manager for Tetra Tech’s Center of Coastal Services in southeast Florida and has more than 45 years of experience specializing in shoreline protection and coastal restoration projects. He is a Diplomate in Coastal Engineering as certified by the Academy of Coastal, Ocean, Port and Navigation Engineers (ACOPNE). ACOPNE is subsidiary of the American Society of Civil Engineers (ASCE) and offers advanced technical specialty certifications. Richard served as President of the ACOPNE Board of Trustees from 2012 to 2013.

Richard’s expertise is in the areas of coastal structure design, dredging design, numerical and physical modeling of coastal processes, and design of natural and nature-based shoreline stabilization systems. He has served as an expert witness in coastal structure failure and dredging-related cases.

He has been involved in projects on every continent except Antarctica. Richard managed and served as the engineer of record on two major award-winning Florida projects. The Manatee Pocket Dredging and Environmental Restoration Project won a Project Award from the Florida Association of Environmental Professionals. The Fort Pierce Breakwater Islands project won Project Excellence Awards from ASCE's Coasts, Oceans, Ports, and Rivers Institute and the National Association of Environmental Professionals.

When did you start to see future climate change impacts factored into projects?

When I began my consulting career in the mid-1970s, the U.S. Environmental Protection Agency came out with a report on sea level rise that warned of projected water level increases on the order of a foot per century. Until recently, climate change has generally been seen by individuals as something that will not affect them. With an increase in flooding events to low lying urban areas, communities are starting to develop climate resiliency plans and the federal government is taking steps to address the effects of climate change.

What role does the living shoreline concept play in providing resilient coastlines?

Conventional coastal structures are hard features built with rock, concrete, and steel. These are often referred to as gray methods. Living shorelines—or green methods—incorporate plants such as marsh grasses and water and/or salt-tolerant vegetation as well as marine species, such as oysters and coral, to provide the means to dampen the effects of storm surge and waves. Living shorelines have the advantages of self-healing after being damaged by storms, and they can adapt to increasing water levels through growth and migration.

What do you see as the most important factors in designing and implementing a project that incorporates the living shoreline concept?

Current policies and regulations related to coastal protection have outdated features that may inhibit living shoreline projects or create problems for the owners after implementation. For example, many of the species such as marsh grasses and oysters that are good for living shoreline applications also have some protection in existing policies. If an owner needs to make modifications or repairs in the future, they may face limitations and mitigation requirements because of effects on the protected elements that were installed. The project team must work with the client to fully understand the benefits and impacts involved with a living shoreline project.

What do you see as future trends in how we address climate change in coastal areas?

A post-Hurricane Sandy U.S. Army Corps of Engineers workshop on natural and nature-based stabilization methods discussed that data on the performance of natural systems was lacking and should be a research priority. Since then, we have learned a lot about how natural systems and living shorelines perform. For example, a major study looked at the Hurricane Sandy impact area and determined that the existing marshes prevented about $625 million in additional storm damages to the area. Future projects will have the benefit of our better understanding of how natural systems respond to storm waves and water levels. Additionally, review and revision of state and federal policies will recognize the importance of natural systems in providing community resilience against climate change effects.