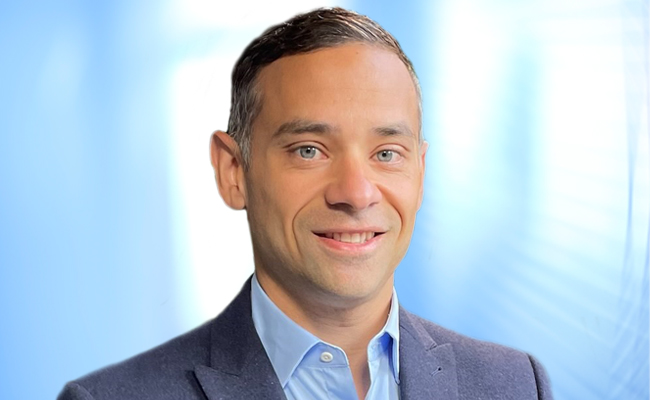 Tetra Tech’s Justin Goonesinghe leads the gas team at the U.S. Agency for International Development Energy Security Project, which assists the government of Ukraine in gas market reform and modernization. He works across Tetra Tech on decarbonization and clean hydrogen market design within the gas sector. He has been involved in gas markets since 2005, holding commercial, regulatory, strategy, and policy positions.

In his previous role as head of European gas for the United Kingdom Department for Business, Energy and Industrial Strategy, Justin was responsible for the United Kingdom-European Union (UK-EU) gas relationship, including the approach to exiting the EU (Brexit) and the Free Trade Agreement negotiations. Justin previously served as strategy development manager at National Grid UK, the electricity and gas transmission system operator for Great Britain, overseeing the Future of Gas decarbonization strategy program.

During his career, he has worked globally on gas market issues, including with the United Nations Group of Experts on gas, the International Gas Union, and the European Network of Transmission System Operators for Gas. Since 2017 Justin has focused largely on the role decarbonization of gas can play in achieving rapid and sustainable decarbonization.

He holds a Bachelor of Science from Loughborough University and is a graduate from the Florence School of Regulators and a member of the UK Foreign Office’s Trade Professionals.

What is driving the momentum behind the clean hydrogen industry?

Hydrogen is seen as a key enabler of decarbonization strategies because of its potential to link the best elements of the current electricity and gas sectors—namely the ability to generate energy using renewable technologies alongside the convenience and scalability of gas networks in a clean manner.

Given this need for policy maker intervention, national and sector strategies are being used to develop a hydrogen market across the globe by ensuring coordinated action between policy makers, regulators, and the private sector, as well as proper use of public funds.

Tetra Tech has decades of experience delivering energy sector strategies in all regions of the globe and more recently has been supporting national and regional governments to develop their approach to clean hydrogen in Europe, North America, and Africa.

Based on what we see in the leading nations, what are the keys to fostering a clean hydrogen market in the United States?

Clean hydrogen markets are developing fastest where governments have set out a clear vision and followed up with supportive policies and funding mechanisms. This enables private sector players to make difficult decisions regarding investments in technologies that are not economical today, but no doubt needed for substantial decarbonization to happen in the future.

For example, the EU is supplementing its energy strategy with mechanisms that have the effect of exporting their ambitious decarbonization policy internationally. This can be seen with the Carbon Border Adjustment Mechanism, which will start in the mid-2020s and will tax goods, such as steel or cement, arriving at the EU border that have not been produced in a clean manner. This leaves exporting nations with a decision to make—either fund local investment in decarbonization or pay money to the EU when exporting products.

To foster the clean hydrogen market, the United States could continue and enhance its commitment to decarbonization and climate change, in particular around the time of the 2021 UN Climate Change Conference of the Parties (COP26), through a national approach to carbon taxation. It also could develop a coherent national hydrogen strategy with targets that would likely be supplemented by state, regional, or city strategies. This could be followed by the development of a domestic regulatory framework, research, and innovation, as well as an approach to funding and other economic stimuli. International elements could also be considered, for example, working together with other nations to develop consistent international standards.

What alternative ways can the versatility of hydrogen be used to facilitate energy transition?

Clean hydrogen is new, versatile, and evolving rapidly given the huge demand levels forecast in the coming decades. It can be produced anywhere through a wide variety of technologies, including from fossil fuels, renewable electricity, and nuclear generation. It can be transported as a liquid or gas and easily converted to a variety of byproducts, such as ammonia or methanol, to ease transport and storage and then converted back if necessary.

A good example to use clean hydrogen in a flexible and economical manner, and one in which Tetra Tech is currently assisting our clients in evaluating in Canada, is using excess clean electricity production to decarbonize the natural gas supply. Clean hydrogen can be produced at night from wind, hydro, or nuclear facilities and converted to synthetic methane by adding captured CO2. The gas can then be supplied as a carbon neutral fuel through the existing gas infrastructure to support hard to decarbonize sectors, such as steel making and petrochemicals.

Given the range of production and transportation technologies available for clean hydrogen, it’s likely that, just as with hydrocarbons, some countries will have natural competitive advantages in production, resulting in international trade. Trucks and containers may be suitable for local uses, pipelines likely for interregional trade, and shipping may be used for trade between continents, somewhat like the natural gas market today.

The U.S. Gulf Coast, for example, is a leader in energy production, processing, and exports. Many of the skills and technologies evident today look ideally placed to be repurposed for clean hydrogen in the future. The Gulf Coast also produces grey hydrogen at scale today. Replacing this with clean production technologies could provide the United States with the opportunity to become a leader in the market, providing a long-term future for the Gulf Coast energy sector in a decarbonized world.

Tetra Tech’s team has deep experience and capabilities in all phases of hydrogen facility and pipeline project development, including siting and due diligence, permitting, engineering, and operational support. Our services range from due diligence and cost benefit analysis to biological and cultural resource surveys, air and noise analyses, visual impact assessments, and any other studies required to successfully permit a project. Our engineering teams also have expertise providing front end engineering design (FEED) studies, process hazard analysis, and detailed engineering, as well as serving as the Owner’s Engineer and providing project management and procurement support.