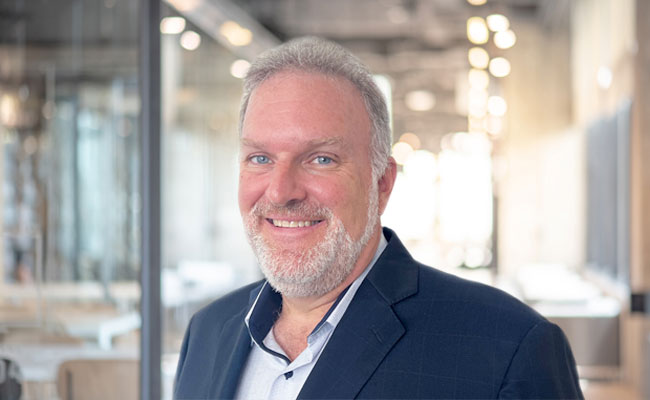 Before SINAR, Andre was Chief of Party of the USAID Sustainable Energy for Pakistan (SEP) project. Under his leadership, SEP mobilized more than $900 million of public and private investment in clean energy, supported the financial close of 12 wind power projects and four solar power projects—860 megawatts, combined—and helped Pakistan design a competitive energy procurement process and other policy reforms to make the country’s energy more financially and environmentally sustainable. In nearly a decade with Tetra Tech, Andre’s work has ranged from small and emerging economies in sub-Saharan Africa, the Caribbean, and Asia to large, liberalized markets.

What are some of the challenges developing countries face in increasing their use of renewable energy?

The biggest challenge for most countries switching to renewable energy is that they are used to the classic fossil fuel formula: you put fuel into a plant, and it generates energy on demand. Need more power? Turn on more engines. Renewable energies like solar and wind power are variable, meaning that we can’t choose when the sun shines or the wind blows. Solar panels can go from 100 percent production to 50 percent in 15 seconds, but consumer demand stays the same. So how do you integrate unpredictable energy into an electricity network? Countries need new infrastructure, new technology, and new skills to manage these kinds of fluctuations.

One approach is to bring in the private sector. In developing countries, most public or state-owned utilities manage their own power generation fleet, which usually has focused on fossil fuels. Only recently have some countries opened generation to independent power producers and the private sector. Most of the generation capacity utilities procure from private companies is renewable energy due to price drops and other incentives. Increased competition from the private sector means utilities might give up some control and some revenues—but it also brings down costs and improves the power system. It gives these countries more resources to manage the renewables they’re buying.

Tetra Tech brings both technical and management consulting expertise to these challenges. We help pilot tools and systems for renewable energy generation and grid integration so governments can see the proof of renewables’ bankability, which increases private sector interest. We also work with utilities to help them manage all this new renewable energy in their grids, as well as governments to make their energy sector policies friendlier to renewables and to private investment.

What kind of policy changes make the most difference for increasing renewable energy?

For example, establishing a wholesale electricity market enables private generators to respond to demand for electricity in real time, using short-term contracts rather than locking governments into long-term agreements. These contracts can cover as little as a day. This means governments have the flexibility to react to changes—like the impact of COVID-19 on demand—and buy exactly the amount of electricity they need. That flexibility makes it much easier to integrate variable renewable energy, because utilities can deal with the unpredictability as it happens.

Implementing this kind of market entails changes that require political will. Tetra Tech helps make this step less of a challenge by supporting governments to institute national and local policy and regulatory reforms. Most of the codes regulating the energy sector were written with fossil fuels in mind and are based on technology that has remained unchanged for years, if not decades. We help countries revise electricity codes to address ancillary services, substation protocols, and other technologies to manage a smarter network.

First, energy efficiency. Every megawatt-hour of energy you don’t have to produce is a megawatt-hour that doesn’t cost you anything and doesn’t produce any emissions. Is it less flashy than cutting the ribbon on a new renewable power plant? Perhaps, but it really makes a difference.

Second, renewable energy production is a low-cost investment compared to building new fossil fuel power plants. Even with the upfront investment in infrastructure and technology, every single kind of renewable energy produces energy at lower cost than fossil fuels. Not only are the resources themselves free, but also fossil fuel energy is subsidized almost everywhere, which means it costs countries more to produce than the consumers pay. Today, oil is more expensive than it has been in years, and the price keeps climbing. That is not sustainable for developing countries. By comparison, renewable energy costs keep going down. Countries can reduce their greenhouse gas emissions and cut their energy costs at the same time.

How has Tetra Tech adapted innovative technologies or approaches to meet the needs of partner countries?

The key is to start by listening. We ask what our government counterparts’ problems are and what changes they would contemplate. We don’t come in and say, “You have to change your whole system.” We start with small innovations. Those small changes make a difference, because people can see the benefits and can decide for themselves to replicate the changes according to their investment capacity.

In Pakistan, we implemented pilot projects in a subdivision of Peshawar, close to the border with Afghanistan. The electricity distribution company in this area has big problems with reliability and losses from technical constraints and theft, which plagues its financial sustainability. It means less revenue to use for other improvements, which means degraded service for the customers.

To address electricity theft, we removed more than 150 kilometers of bare wire, which is easy to tap into, and replaced it with covered aerial bundled cable that is harder to steal from. However, this would not have worked without the local population agreeing with the change. We held more than 100 public consultations to explain the benefits of this intervention and installed more than 8,300 two-way meters, which prevented customers from being overcharged.

Another challenge was unplanned outages from transformers failing due to being regularly overloaded. They cost a lot to replace, and it often took a long time to get the spare parts. We installed a monitoring technology to prevent overloading called an asset performance management system (APMS), the first in Pakistan. This was easy, and it can be replicated anywhere, as the parts are usually available locally.

Between the meters, lower losses, and about 50 percent fewer outages, service improved, and customer satisfaction increased significantly. Tetra Tech’s holistic solutions tackled logistics, financial sustainability, and customer satisfaction, leading to a huge success. Because of the results we saw in Peshawar, donors like the World Bank and the Asian Development Bank came to ask us how they could do the same thing elsewhere in Pakistan. It just takes a spark to ignite people’s willingness to make a change.