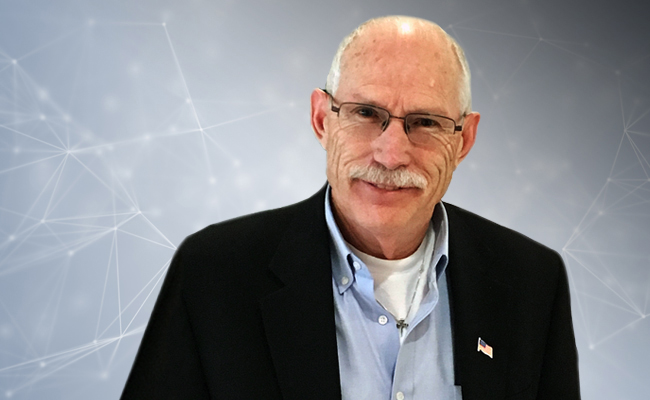 Dean Shauers has 40 years of experience in the oil and gas pipeline engineering field. Dean is a registered professional engineer in four states. His expertise encompasses the breadth of design and construction of oil and gas pipeline infrastructure across the United States. He has managed successful projects from initial stages through final project completion. Prior to joining Rooney Engineering (now Tetra Tech Rooney) in 1988, Dean spent nine years with Marathon Pipeline in an operations role. He has managed and supervised Tetra Tech Rooney for 20 years, and he and his team work with top-level industry clients, including Energy Transfer, Marathon, Andeavor, Enbridge, DCP Midstream, and Plains All American. He holds a bachelor’s degree in civil engineering from the University of Wyoming.

Why are oil and gas pipelines important?

Pipelines are the arteries for a country, and they transport millions of barrels of crude oil and refined products that we use every day in our vehicles, truck transport, and aircraft. Pipelines also move natural gas from the fields where it is produced to heat our homes and offices and generate electricity by powering electric turbines. Pipelines are the safest, most efficient mode of transportation of oil and gas. While solar and wind are becoming viable energy alternatives with advanced technology, we are still highly dependent on efficient and clean oil and gas.

How has the midstream oil and gas market evolved over the last 40 years?

The use of technology in the design of pipeline facilities has driven efficiencies that we would never have anticipated 40 years ago. Innovations in GPS for survey, geographic information systems (GIS) for routing, hydraulic modeling of viscous liquids using digital elevation models (i.e., 3D terrain models), stress analysis, 3D piping, and earthwork design all allow us to design projects much more accurately and quickly than when I first started in the industry.

Several years ago, we were asked by a client to complete the initial routing—including the assessment of landownership and land use issues—and hydraulic design for a crude oil pipeline with three alternative routes, each about 600 miles long. We compiled a team of four and completed the task in about three months using GIS and modeling design tools. Had we completed that task back in the 1970s or 1980s, I estimate it would have taken a team of 50 people a year to complete.

What innovations do you see in the industry to address changes in the oil and gas market?

While the oil and gas industry has gone through several up and down cycles over the last 5 years, the production has skyrocketed over the last 12 years. The driving factor to this expansion is the industry’s innovation in horizontal drilling. Historically, wells were drilled vertically and were able to capture only a small lens of the production area. This all changed when drillers had the ability to change the direction of the drill profile and track horizontally—sometimes miles long—through a production seam. The United States is now the top producer in the world for oil and gas. The pipeline industry was and is instrumental in moving that material from the field to the refinery or gas plant to be turned into energy that we can use in our everyday lives.

How does Tetra Tech’s midstream design help our clients respond to changes in the industry?

Tetra Tech Rooney has been in the midstream transportation industry for nearly 40 years. Throughout this time, we have embraced technology—not for the sake of technology but to save our clients time and money. Many firms that started out in the pipeline design arena have morphed over the years to become a jack of all trades and master of none. We focus on doing what we do well and continually hone those skills to take on more challenging efforts.

Because we work for various clients we can see how different management styles impact a project and bring that experience back to our clients. In the late 1990s, we were in the process of designing a crude oil line across the Los Angeles Basin, and we were integrating fiber optic communications in the ditch alongside the pipeline for the use of the pipeline supervisory control and data acquisition system (SCADA). We identified a need of the City of Los Angeles for high-speed communications for their emergency response systems. The City had two out of three legs of a fiber optic ring in the basin, and our pipeline route had the ability to fill in the last leg to allow communications traffic to flow in both directions on the sonic loop. If there was a break in the system, such as from an earthquake, the sonic loop would allow communications to continue to flow. We proposed providing the City with an offer of fiber optic cable in return for right-of-way (ROW) agreements through city streets. It saved the City tens of millions of dollars required to construct the fiber system and saved our pipeline client millions of dollars in ROW cost. The fiber was a huge win for both sides and was instrumental in being able to build a major pipeline system through a very difficult urban setting.

We are always looking for ways to increase efficiencies in delivering services to our clients. In a recent project we implemented a WebMap system that provided instant access to all the routing and design aspects of a several billion-dollar project from anywhere in the world with an internet connection. This tool also helps us on the sustainability front. In the past, we plotted numerous paper copies of 24”x36” drawing packages weighing hundreds, or in some cases thousands, of pounds. On this major project, we transmitted login credentials to potential bidders and allowed them to access the information digitally, thus reducing the need to print multiple copies.

We continue to innovate solutions that get our clients’ project to market sooner and at less cost from design through construction.