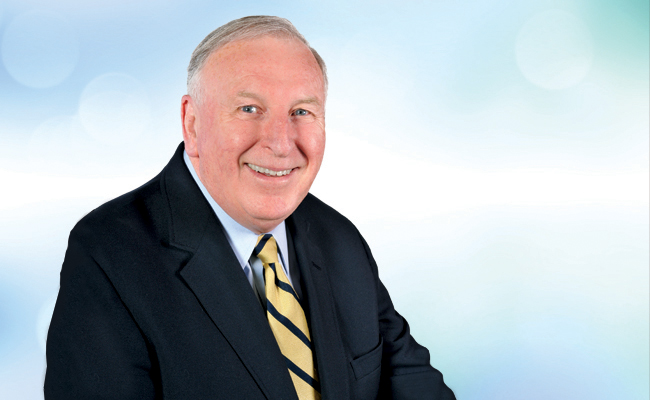 Bob Daylor is a civil engineer and senior consultant for land development and land tenure issues at Tetra Tech. He has 50 years’ experience in facility planning, design, and construction and specializes in master planning and permitting projects at the water’s edge and in or near ecologically-sensitive landscapes. He holds professional registrations in civil engineering and land surveying and has held several elected and appointed city and regional planning positions.

Mr. Daylor is a frequent speaker and guest lecturer on real estate development impact issues and has appeared as an expert witness in eminent domain, permit appeals, and construction damages cases. He has worked on major economic development and public works projects in Africa and Asia. Mr. Daylor also served as the professional mentor to the Tufts University Chapter of Engineers Without Borders for several years, designing and building water supplies for rural villages in El Salvador and Nicaragua. He holds a Bachelor of Science in Civil Engineering and Master of Science in Civil Engineering with an environmental focus from Northeastern University. He was awarded a Loeb Fellowship in Advanced Environmental Studies at Harvard University.

The following questions and answers are a transcript of our video interview with Tetra Tech’s Bob Daylor, land development expert, where he discusses innovative ideas to protect Boston from sea level rise.

Can you describe what it means to lead with science?

The idea of Leading with Science®  is really an important idea. I think it's important for us to understand how to work in a way that's compatible with natural systems. The idea of sustainability is exactly that—working with nature.

How are you Leading with Science to protect Boston from sea level rise?

Boston, because of the nature of how it was developed, is very vulnerable to sea level rise. More than thirty percent of the land area of Boston was former tidelands. It has all been filled beginning in the late sixteen hundreds, and it was filled to be three or four feet above the then sea levels. We know that sea levels are rising, and we know that that the city is not rising. So we are on a path to having a certain conflict at some time in the future.

I thought we should explore the natural protections that the Boston Harbor has, which is a series of Boston Harbor islands that partially close us off from the Atlantic Ocean. We developed a paper called the “Sapphire Necklace,” which is a play on the famous Olmsted Protection Barrier for the city, the Emerald Necklace, which is a green belt around the city on the land. We chose the idea of the Sapphire Necklace to be an extension of the green belt through the ocean. The idea of pinching off the tide by extending or building the barrier islands or rebuilding the barrier islands in a way that restricted the tidal flow into the inner harbor.

What has been the reaction to the Sapphire Necklace?

It went from being an idea that people thought, “Oh engineers with another big engineering idea.” It has now been adopted as one of the alternatives in the Climate Ready Boston Planning Study. It is currently being funded by the Barr Foundation, and its environmental consequences are being studied by the University of Massachusetts in Boston.