Without Energy, the Internet Is Just a Black Hole

Nilmini Rubin, executive vice president for International Development at Tetra Tech, recently discussed the interdependence of internet access and affordable, reliable electricity on the Alliance for Affordable Internet (A4AI) blog. All opinions expressed in this post are the author's own.

In her post, Nilmini explains the importance of both renewable and traditional energy sources and both grid-connected and off-grid energy to drive the connection of more than four billion people who do not have access to the internet.

From the A4AI blog:

Already, roughly 10% of the world’s electricity consumption is used for information and communications technology. With the number of Internet of Things (IoT) devices increasing and the number of people gaining internet access going up, the amount of electricity consumed by the world’s data centers is expected to at least triple in the next decade. This will create an even larger demand for energy.

We can break energy demand from the information, communication, and technology (ICT) sector into four parts—data centers, wireless networks, end user devices, and ICT hardware manufacturing. For many data centers, the cost of buying computer servers is now less than the total cost of buying the electricity to run those servers over their four-year life. As computing hardware costs continue to drop, the share of spending on energy for data centers increases. High energy costs become a barrier to low-cost internet access. 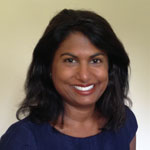