Waters of the United States—Where are they flowing these days? 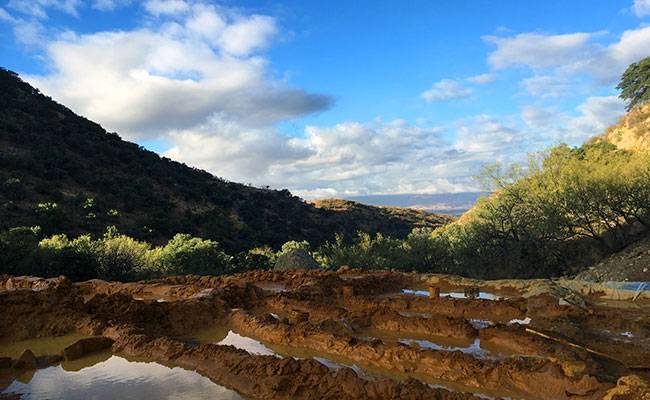 Chris Eaton is a licensed geologist in Tetra Tech’s Waste Management practice who focuses on Stormwater Pollution Prevention Plans (SWPPP), Spill Prevention Control and Countermeasure (SPCC) plans, and groundwater monitoring. He discusses the future of the Clean Water Act and its implications for waste managers. This blog post originally appeared on CornerPost. All opinions expressed in this post are the author’s own.

Just a few days ago, while sipping coffee and scrolling through my Twitter feed, I came across a post from my U.S. Congressman, Rep. Kevin Yoder, which caught my eye. It was clear he was excited about the U.S. Environmental Protection Agency’s (EPA) decision to withdraw the WOTUS rule. There is a hashtag for everything these days, and I never know what any of them mean!

Wait! What did they do? What happened?
As the local stormwater guy for our company, I need to know this stuff before my clients ask, so I wanted to know exactly what he was referring to. At first, all I could find were broad summaries, followed by partisan rhetoric. Supporters were claiming the EPA action will be great for business, especially farmers, counties, and builders, while critics seemed to insinuate this action would be extremely detrimental to the environment. Most of the news articles contained few details of the changes and instead relied on quotes from politicians.

Our company follows stormwater issues closely, so once the coffee kicked in, I went looking for some real news (not just social media) on exactly what the excitement was about. Then, I began evaluating what these rule changes were and how the changes would affect my clients. This blog post briefly describes what I found is going on with this Clean Water Act (CWA) controversy—and what I think it means. Finally, I predict the future of CWA regulation.

First some background
The Federal Water Pollution Control Act was passed in 1948. It was significantly reorganized and expanded in 1972 as the CWA. Just what bodies of water are covered by the CWA has always been a point of contention. The CWA introduced the term waters of the United States, (or #WOTUS for you tweeters out there), but the definition was vague and subject to interpretation, particularly since it includes well-defined waters, but also includes tributaries to these waters, without defining their extent.

From 1972 through 2015, the U.S. Army Corps of Engineers (USACE) and EPA put out a variety of positions, and there were several court cases over the proper interpretation of the definitions of navigable waters and waters of the United States.

One of the most notable was a U.S. Supreme Court case challenging the CWA in Rapanos v. United States. The gist of the story is that Mr. Rapanos claimed the property he filled with sand to build a shopping mall was not a regulated wetland and did not need a permit, but the EPA thought it was and he did. The court sided with Rapanos, with five justices voting against the EPA and for Mr. Rapanos. Justice Antonin Scalia wrote the plurality opinion, but (stay with me here) there was no majority opinion, because one of the justices who sided with the Scalia group differed in how the precedent they were setting would apply to other cases.

To clear the water (so to speak), and citing the confusion created by the Rapanos case, USACE and EPA promulgated the Clean Water Rule on June 29, 2015. Some critics have contended the rule was a power-grab by the U.S. government to extend regulatory control beyond where the CWA was ever intended. Proponents say the rule clarified which waters were regulated by the CWA, reducing confusion, paperwork, and lawsuits.

The Clean Water Rule went into effect August 28, 2015—and no surprise here—almost immediately, lawsuits ensued. So, in October 9, 2015, the U.S. Court of Appeals for the Sixth Circuit stayed the 2015 Rule nationwide. Everyone went back to the previous methods of determining which waters are protected by the CWA. Great news—except for the nearly unanimous agreement by all parties that those methods are vague and subject to disagreements in interpretation!

Then what happened?
On February 28, 2017, President Trump issued an Executive Order directing the Administrator of EPA and USACE to review the Clean Water Rule and rescind or revise it, as appropriate and consistent with law. Which brings us to that tweet. On June 27, 2017, EPA and the Department of Army reviewed and rescinded the 2015 Rule. Since the 2015 Clean Water Rule was put on hold in the fall of 2015, rescinding it did not have any immediate effect on my clients.

But things are going to change
The recent Executive Order directs the agencies to consider interpreting the term navigable waters in a manner consistent with the Scalia plurality opinion in the Rapanos case, which says the CWA confers federal jurisdiction over non-navigable waters only if the waters exhibit a relatively permanent flow, such as a river, lake, or stream. In addition, a wetland falls within USACE’s jurisdiction only if there is a continuous surface water connection between it and a relatively permanent waterbody and determining where the waterbody ends and the wetland begins is difficult.

Since the Executive Order directs the EPA to write the new CWA rule using Justice Scalia’s plurality opinion, it very likely will include only waterways or wetlands directly connected to navigable waters. The current interpretation assumes that EPA and USACE have jurisdiction over almost every water body in the country—including ditches, remote farm ponds, wetlands, and creeks—that are far removed from any navigable waters. Justice Scalia contended that this interpretation overextends the reach of the federal government (EPA and USACE) into authority reserved by the constitution for the states.

The Executive Order suggests that the new rule should be written to clearly reaffirm states’ rights. I think, ultimately, there will be a clear legal boundary about what EPA and USACE can regulate using the CWA, and the states will be responsible for regulating waters beyond that, if they wish.

How does this relate to the solid waste industry?
A well written rule will make regulators’ jobs much easier, as well as those of us in industry. For example, it will clearly identify if you need a permit before you clean sediment from your drainage ditch, or fill in some low-lying areas to improve drainage, or even regrade a swampy area to improve drainage and control mosquitos. It also will greatly reduce the amount of time and money spent on permitting, since we will not need as many permits.

Speaking of permits, a permit requirement under a federal permitting authority may also trigger reviews or clearances for items (ESA, archaeological, etc.) not obviously related to watercourses or drainage.

Under the new rule, permitting requirements will not go away, but the rule probably will reduce which waters fall under federal jurisdiction. Under my predicted future CWA rule, I believe a permit will only be required if the waterbody flows directly into a relatively permanent, standing, or continuously flowing body of water. As always, state and local laws may be stricter than the federal standards, so you should research those regulations before beginning any work around a waterbody. If my prognostications are correct, I think the new rule will reduce litigation and permitting headaches.

I think we do need a new clean water rule with clear definitions of waters of the United States and navigable waters. The new rule needs to be legally defensible, because it will probably be challenged in court before the ink is dry on Scott Pruitt’s signature. 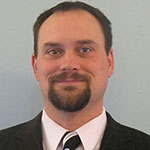 Chris Eaton is a licensed geologist who focuses on Stormwater Pollution Prevention Plans (SWPPP), Spill Prevention Control and Countermeasure (SPCC) plans, and groundwater monitoring. He also has provided landfill construction quality assurance (CQA) services. He previously worked as a geologist for the largest, privately-held trash collection and disposal company in the Midwest, where he was involved with a wide variety of regulatory and technical projects.