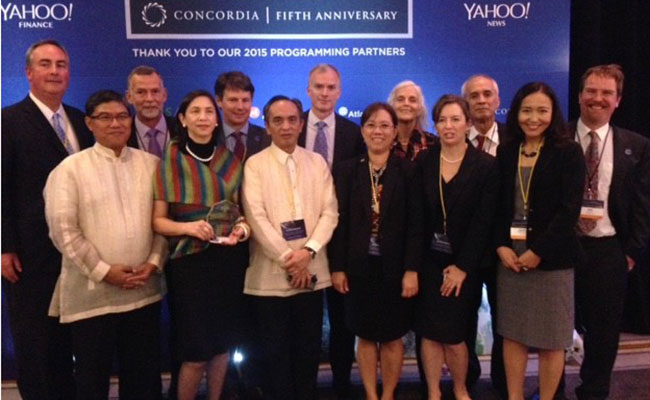 TVWS used technology to improve the lives of fisher folk and the management of coastal fisheries in the Philippines. The partnership is part of the United States Agency for International Development (USAID) Ecosystems Improved for Sustainable Fisheries (ECOFISH) project in the Philippines, for which Tetra Tech is the prime contractor.

The P3 Impact Award recognizes the leading public-private partnerships (PPPs) that are improving local communities and the world in the most impactful ways. The award is presented by the U.S. State Department’s Office of Global Partnerships, Concordia, and the University of Virginia’s Darden School of Business.

The TVWS Partnership is a unique collaboration between the USAID ECOFISH project, the Government of the Philippines, and Microsoft. The partnership deploys Microsoft’s TVWS technology, tapping into unused TV frequencies to send out free internet signals to more than 200,000 individuals in isolated locations. The technology covers areas much greater than traditional Wi-Fi and cellular technology can span. TVWS was also instrumental in communications in the aftermath of two natural disasters that struck the Philippines in 2013.

Nigel Armada, Tetra Tech’s director on ECOFISH, said, “We are honored to have been awarded the P3 Impact Award, but even more pleased that we were able to participate in a very crucial project bringing much needed internet to such a vast, remote area in the Philippines.”

Concordia seeks to identify new avenues of collaboration for governments, businesses, and nonprofits through issue-based campaigns, year-round programming, and a Partnership Index, which ranks countries based on their readiness and need to engage in PPPs. The organization promotes effective public-private collaboration to create a more prosperous and sustainable future, and recognizes that PPPs are a fundamental tool to address many societal challenges.