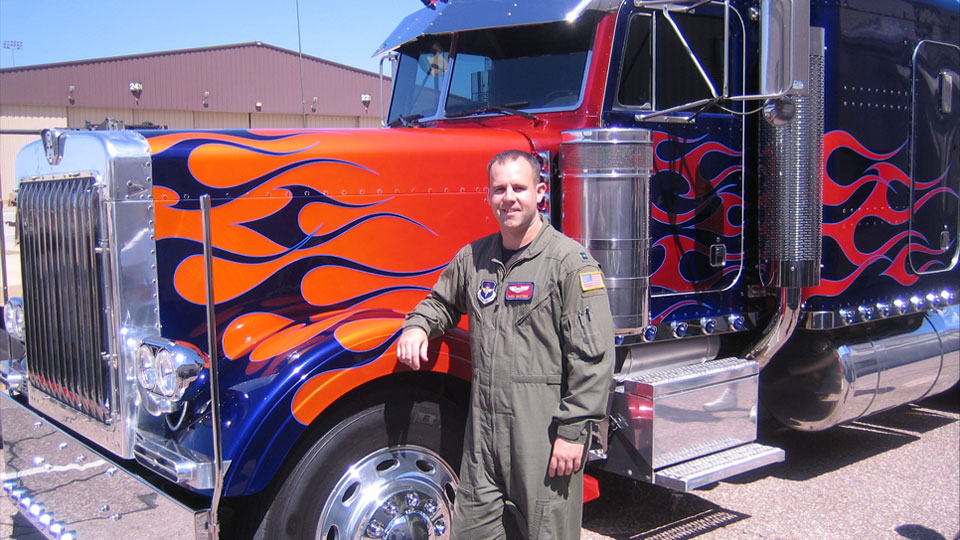 Buddy Martens, an IT operations and product support manager in the Tetra Tech Federal IT Group, was in Transformers: Revenge of the Fallen.

You might have missed him while he flew the C-17s in all the scenes. Now Buddy, a highly experienced pilot, has transformed and is using his military expertise as a civilian with Tetra Tech.

Buddy was a Lieutenant Colonel in the U.S. Air Force for 20 years, retiring in 2020. He grew up around the military with both his parents serving in the Army and his grandfather in the Army Air Corps. Since he was young, Buddy was attracted to flying, so his parents recommended going into the Air Force. He received a three-year ROTC scholarship to Texas State University, where there was an Air Force ROTC program.

Over the decades he spent in the military, Buddy earned multiple awards for officer and pilot of the quarter and year. Some highlights from his military career include flying missions in Operation Iraqi Freedom and Operation Enduring Freedom across the Middle East, as well as humanitarian efforts across the globe. He was an air show C-17 demonstration pilot for six years and an Air Force One Presidential Advance Agent responsible for presidential movements across the world.

Buddy has continued to use his knowledge and experience from his time in the Air Force since joining Tetra Tech in May 2020 as a business analyst product owner. In less than a year, he became an operations and product support manager. Buddy has led three different teams through multiple hardware and software upgrades and deployments, hundreds of syllabus revisions, multiple new site implementations, and dozens of on-site and virtual training sessions.

Throughout his career, Buddy has served in multiple leadership roles that helped him be an effective leader, follower, and communicator. Skills he gained during his service that have been fundamental for his success in his position at Tetra Tech include leadership and organization; time prioritization and deadline management; teamwork and collaboration across teams, divisions, and organizations; critical thinking and problem solving; people skills; and clear and concise oral and written communication. 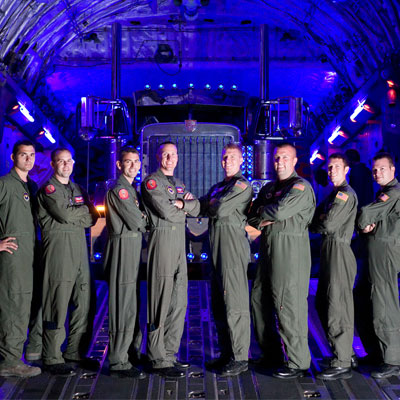 Buddy (third from right) in the Optimus Prime cargo area in Transformers: Revenge of the Fallen

What do you like about your role supporting U.S. federal clients as an IT operations and product support manager?

I’m really proud that supporting the Graduate/Training Information Management System (GTIMS) directly supports the warfighter and training environments. GTIMS is what the Air Force uses for flight scheduling and tracks training, certifications, and flight evaluations across the entire aircrew force. As a previous user, I know how critical GTIMS is to the mission. To know that I can help make the product better for the customer makes me feel like I’m still part of the team and in the fight to keep America’s Air Force the best in the world.

How do you define leadership?

Leadership is the ability for a person to steer a group of people from different backgrounds and experiences with differing ideas and opinions to accomplish a common goal.  A good leader is someone who is respectful, ethical, approachable, practical, and willing to listen to their team members in order to make an educated and appropriate decision. Bottom line, leaders take care of their people, give them the tools and opportunities to succeed, get out of the way, and help steer them—when needed—to the best decision for the organization.

What advice would you offer to someone who is transitioning out of the military?

Find a mentor who has transitioned to the civilian sector. Don’t underestimate the skills and experience the military has provided you. The military has more than prepared you for the civilian workforce, and you will have the opportunity to thrive. Take the leap, believe in yourself, have a good attitude, work hard, be willing to learn, and continue to put forth the same effort you committed to while serving your country in the military.

How have you seen Tetra Tech value the work of veterans like yourself?

Tetra Tech has embraced the reality that veterans bring not only subject matter expertise but also a dependable, passionate, and competent employees to the team. I really enjoy how the team, from top to bottom, has made me feel the same camaraderie and desire to excel as if I never left the military. The people I work with have been amazing, and I’m lucky to have found a good fit for me to start my second career.