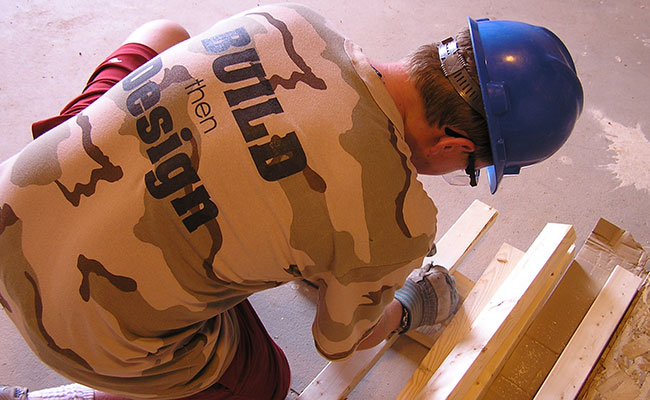 Tetra Tech’s Scott Prosuch was featured in Engineering News-Record (ENR) in March 2015 for his leadership at the Society of American Military Engineers (SAME) summer camps. The camps are part of SAME’s strategic plan to develop future engineers through outreach and mentoring.

Each year SAME holds three camps, giving high school juniors and seniors the opportunity to spend a week immersed in engineering. Since the SAME camps began in 1999, Scott has volunteered to work with aspiring engineers at the SAME Air Force Academy Camp in Colorado Springs, Colorado; the Navy’s camp at Port Hueneme, California; and the Army’s camp at Vicksburg, Mississippi.

Summer 2014 was no exception for Scott, who said, “Every year I am amazed at the talent, motivation, direction, and many accomplishments of the high school students who attend the camp.”

He is currently director of the U.S. Air Force Academy Camp site in Colorado Springs. He oversaw a group of 96 campers from around the world as they worked on engineering and construction challenges from morning to night. The budding engineers learned from uniformed military engineers and private sector architecture, engineering, and construction professionals, who led the activities.

The SAME camps expose high-achieving students to the world of military engineering. In addition to engaging with military and industry professionals, campers perform activities following the “Build then Design” theme of the Air Force Academy Camp, which enables them to learn by doing. During post-build design discussion, they discover why some approaches worked and others did not.

“Our former campers are now practicing engineers working in all branches of the military and the private sector,” Scott said. “Many have served multiple tours in the Middle East, and others are involved in the space program.”