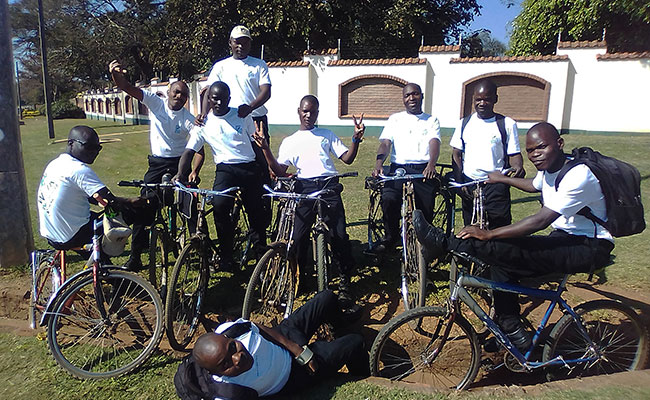 As part of Tetra Tech’s 2019 International Bike to Work Week (BTWW) Challenge, 697 participants from more than 61 teams around the world cycled to work to reduce traffic congestion and carbon emissions. The 2019 BTWW Challenge had the highest participation since the event began in 2012 as a friendly competition between our offices in Seattle, Washington, and Vancouver, British Columbia. Our 697 riders pedaled a total of 44,326.3 kilometers (km) across Australia, Brazil, Canada, Hong Kong, Malawi, New Zealand, Poland, the United Kingdom, and the United States. Cyclists encountered an array of inclement weather—hot, cold, wet, and even snowy—but they did not allow the weather to deter them from participating in the challenge.

Each of our BTWW teams chose one week during May to park their cars and cycle to work, with aiming to introduce more employees to this sustainable method of commuting, as well as reducing emissions. Employee participation in Tetra Tech’s BTWW Challenge is part of the company’s sustainability goals for 2020. Last year’s competition surpassed our goal of reaching 40 teams by 2020, and this year's competition continued the upward trend for total number of teams.

“Thank you to all the BTWW riders—both new bike commuters and those who have participated for multiple years,” said Kevin Axt, who heads up the BTWW Challenge committee. “It is very exciting to see how the BTWW Challenge has grown over the years. I’m always eager each year to see just how far we can ride as a group. A collective distance that exceeds one gigantic trip around the equatorial circumference of the earth is pretty cool in my book!”

Tetra Tech is proud of all the riders who helped reduce emissions, get fit, and shared beautiful views along their commute in this year’s BTWW challenge—and thanks to all the team captains who organized and encouraged their teams along the journey.