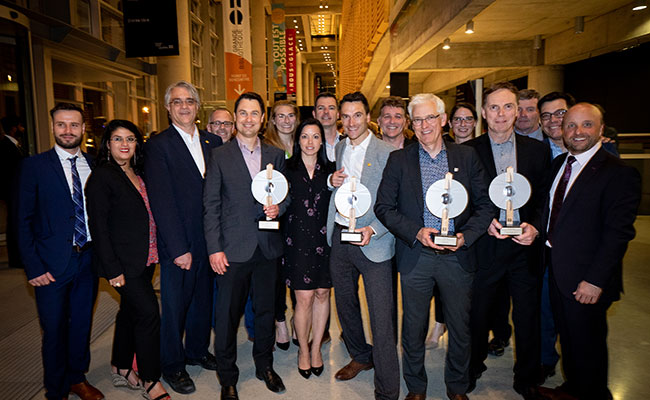 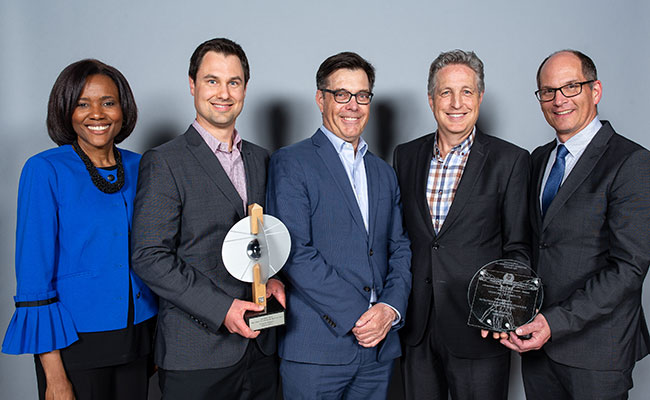 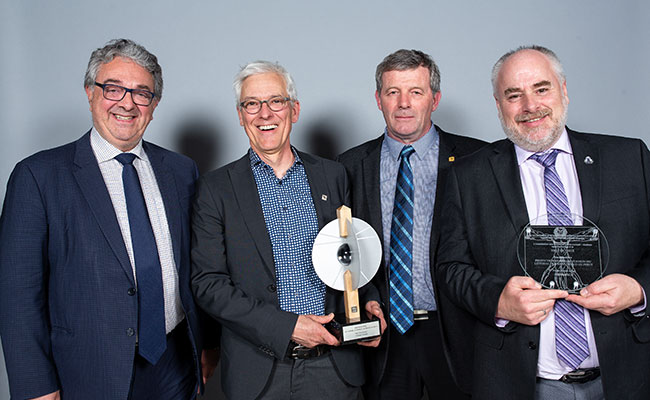 The Association des firmes de génie-conseil (AFG), the association of engineering consulting firms of Quebec, held its 17th Edition of the Quebec Consulting-Engineering Awards, an event that highlights the province’s engineering experts and the best projects in the industry.

Tetra Tech was nominated in 6 of the 12 categories: Mechanical-Electrical Building, Building-Structure, Power, Environment, Industrial, and International. Our firm stood out amongst the other teams by winning four awards for the evening, including the coveted Visionary Award. Such a performance for this competition has not happened since 2003.

Tetra Tech’s work on the Protection and Rehabilitation of the Anse du Sud project, which was led by Jean Gauthier, distinguished itself amongst the other projects submitted. Tetra Tech received the Visionary Award, the highest honor of the evening, which is awarded to the jury’s favorite project. Percé was facing ever-growing coastal erosion, which affected the shoreline and increased the vulnerability of several buildings since the 2000s. During 2015 and 2016, storms caused major damage, aggravating the state of the existing infrastructure along the sea. Tetra Tech’s project team provided studies, design of plans and specifications, work supervision, and project management. Tetra Tech’s work helped transform the Percé, creating a more resilient coastline.

Tetra Tech undertook structural works and contributed to a real team effort with other engineering consulting firms for the Voltigeurs de Queébec City Armoury Restoration project, which was led by Mathieu Bouchard. The project won the Leonard Award in the Building-Structure category. Following a major fire, Voltigeurs de Québec Armoury had to be rebuilt to rehabilitate the demolished sections and bring it up to new standards and requirements for four sectors dating from different eras. The rebuilt Armoury is now open to the public and successfully combines heritage and modernity. This project represents a rehabilitation feat that reaches contemporary levels of structural performance.

Tetra Tech won the Power category for its work on the Upper Lillooet and Boulder Creek Hydroelectric project, which was led by Gilles Bouchard. Working with the CRT-EBC Consortium, Tetra Tech performed detailed engineering for these two run-of-river hydropower plants located in British Columbia. The technical constraints on the site required innovative efforts, especially for the design of the penstock. Local communities, including Lil'wat First Nation, were involved in the project, which aimed to cover the long-term and sustainable energy needs of the population.

Tetra Tech won the Industrial category for its work on the Filtering Emissions of a Copper Smelting Furnace project at Glencore – CCR Refinery, which was led by Jonathan Houle. The project aims to improve air quality by installing equipment required to capture and purify emissions from a copper smelter. The project includes casting launders burners, innovative capture hoods, a new dust collector, complete system automation, and the construction of a new medium and low voltage electrical service building.

Members of Tetra Tech’s Quebec team attended the awards ceremony and accepted the honors on behalf of all their colleagues who contributed to the award-winning projects.