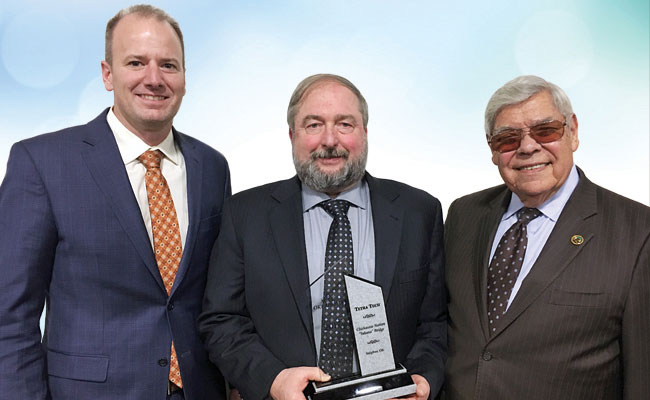 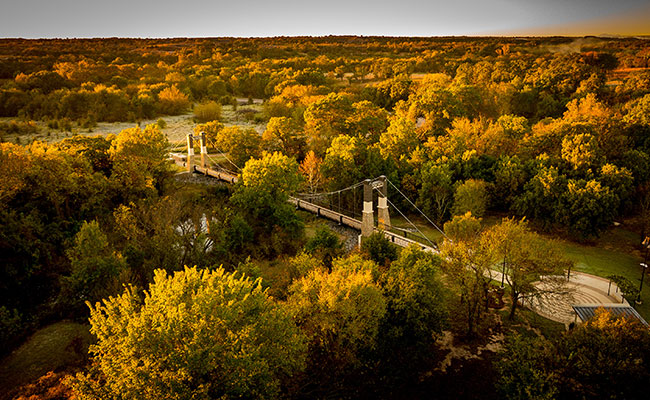 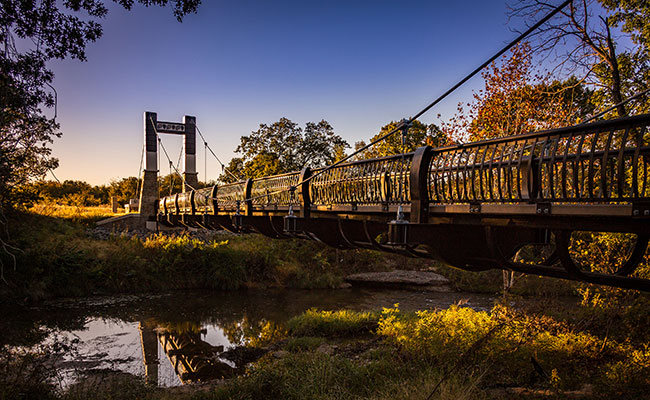 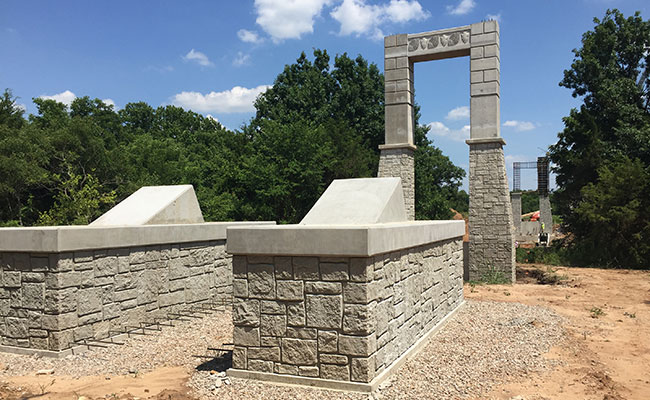 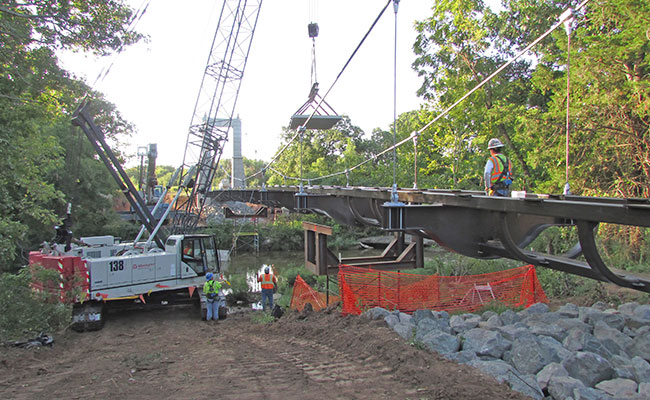 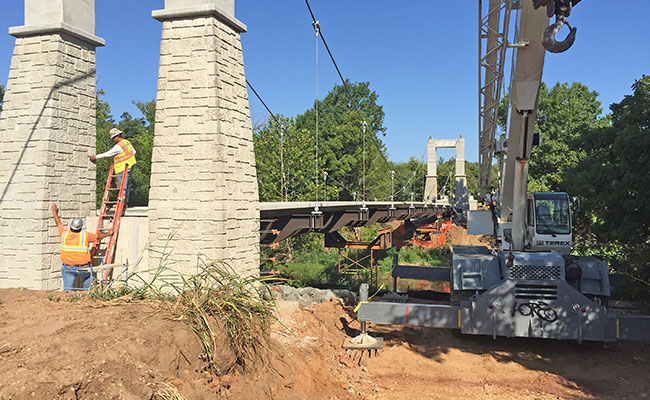 Tetra Tech received the American Council of Engineering Companies (ACEC) Oklahoma Chapter’s Grand Conceptor Award, the chapter’s highest honor, for design of the Chickasaw Nation’s Inkana Bridge. The annual awards showcase the best engineering projects from across Oklahoma. As winner of the Grand Conceptor Award, Tetra Tech’s Inkana Bridge project will be part of the ACEC national competition of 2017’s most outstanding and innovative engineering achievements.

The Inkana Bridge is a 195-foot pedestrian suspension bridge over Rock Creek in Sulphur, Oklahoma. Inkana, which means friend in the Chickasaw language, is a collaboration between the Chickasaw Nation and the National Park Service and represents their longstanding friendship. The bridge features a Southeastern Indian Spiral design and the National Park arrowhead on the lower tie-beam symbolizing their partnership.

The Inkana Bridge links the Chickasaw National Recreation Area (CNRA) on the east side of Rock Creek to the Chickasaw Cultural Center (CCC) on the west side. The CCC provides opportunities for visitors to learn about preserving Chickasaw history and culture. The direct link between the CNRA and the CCC enhances tourism and creates a destination for visitors to hike and bike. More than 1,800 visitors have used the Inkana Bridge to visit the CCC from the CNRA since its opening in April 2017.

As part of a design-build team with Manhattan Road & Bridge, Tetra Tech provided design services from concept through construction for Inkana Bridge. Our team developed conceptual drawings for review by the Chickasaw Nation, National Park Service, and Manhattan Road & Bridge. We then developed detailed renderings, refined aesthetics and design criteria, and conducted and oversaw various field investigations to ensure the suspension bridge’s foundations were secure. Our team also assisted the National Park Service in preparing an assessment report to document that the project would not have a negative impact on the environment and the historical area.

To preserve the site’s natural beauty, Tetra Tech designed a slender and open bridge superstructure with structural steel tubes. The use of special concrete form liner and stain mimicked the appearance of the area’s natural rock and will accommodate load-induced movement without the long-term maintenance issues of natural rock. The suspension bridge design is an homage to one of the first bridges constructed in 1908 across Rock Creek, which was also a suspension bridge. The suspension bridge design results in minimal impacts to the park, showcases the natural waterfalls, and preserves the grounds of the Chickasaw Nation.

Tetra Tech is honored to be recognized for its design of the Inkana Bridge and its role in enhancing the beauty and use of the Rock Creek area for the Chickasaw Nation, the National Park Service, and the public.