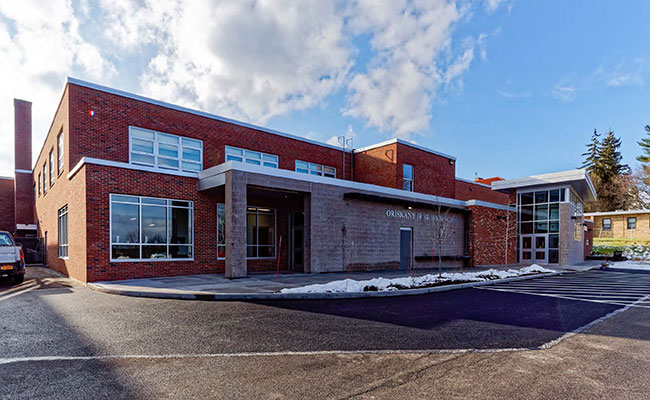 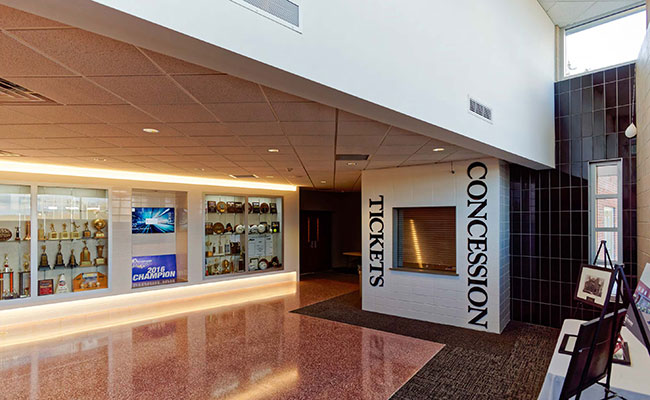 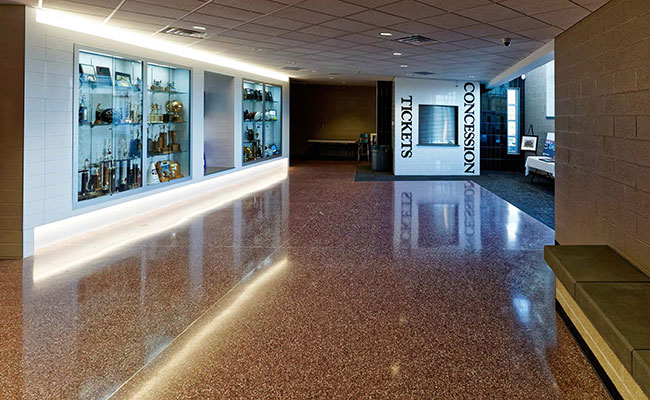 On November 29, 2016, Tetra Tech joined Oriskany Board of Education members and administrators, public officials, and local residents for the unveiling and ribbon cutting ceremony for the school’s Innovation Initiative and building upgrades. The district selected Tetra Tech to be its architecture and engineering firm to complete the design for the school’s capital improvement projects.

While designing improvements for the district, Tetra Tech’s team also aimed to make the school more inclusive for community members. Tetra Tech’s design incorporated a new concession and ticket booth area in the gymnasium entrance addition for events at the school that doubles as a local meeting or collaborative space for the community.

By working closely with the multiple project stakeholders—the school district, board of education, staff, and students—Tetra Tech provided a comprehensive approach to the district-wide capital improvements and a multifaceted concept to transition the school to be more community-inclusive.

The Rome Sentinel covered the school’s ribbon cutting ceremony and unveiling of new technological improvements. Tetra Tech’s Sean O’Brien, project architect, was quoted in the article discussing the process and interacting with the students during the design. Read the article here.