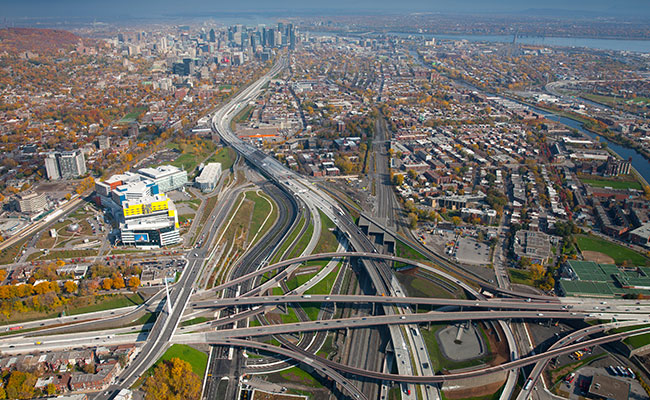 As part of an integrated team with the Québec Ministry of Transport, Tetra Tech and partner AECOM have managed the Turcot Interchange and Railways Reconstruction Project since 2008. The project aimed to replace four interchanges and three highway sections, to move the nearby Canadian National Railway tracks, and to add new municipal connections.

The team proudly contributed to this reconfiguration, using a combination of alternative and traditional conception methods. In turn, their efforts allowed a seamless integration of this project in an urban area, while also keeping Canada’s busiest road sector operational.