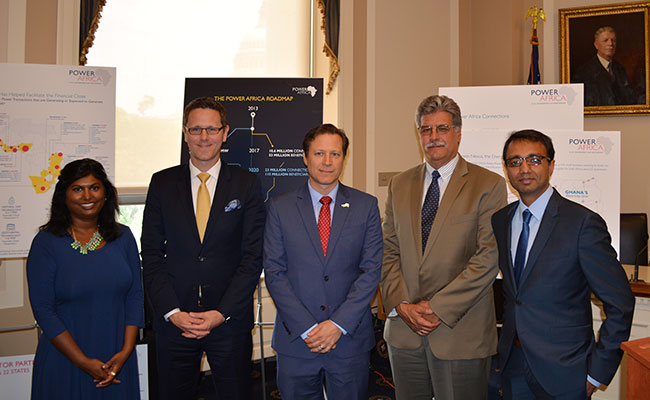 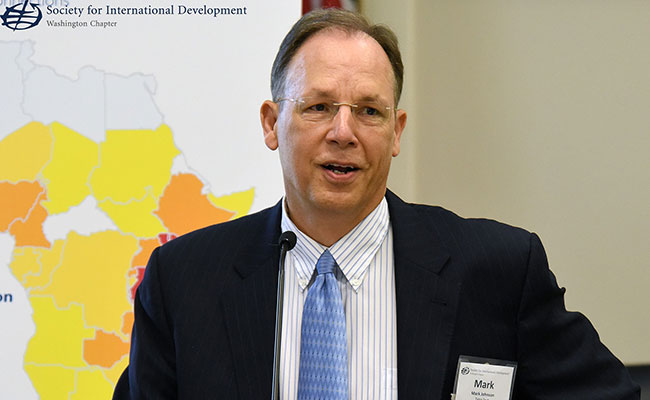 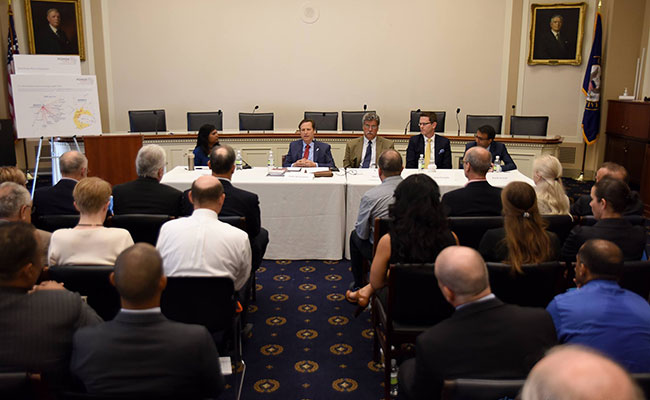 On July 13, 2017, Tetra Tech participated in the Society for International Development-Washington’s (SID-W) event, Power Africa and Successful Public-Private Partnerships for Africa’s Energy Future, discussing the U.S. government’s Power Africa Initiative, which is working to bring 30,000 megawatts (MW) of power and 60 million new electricity connections to the continent. During the keynote address, Ed Royce (R-CA), Chairman of the House Foreign Affairs Committee, noted the importance of electricity for the health, education, and employment of people living in Africa.

Speaking of the legislation that enabled the creation of the Power Africa Initiative, Chairman Royce said, “I had the chance to talk with the Secretary of State [Rex Tillerson] about the importance of this effort. The Electrify Africa Act advances our economic and foreign policy interests while improving lives. It is in our interest to do this.”

Tetra Tech has been leading a Power Africa Initiative project since 2014, making tangible improvements in people’s lives by taking a different approach to traditional assistance in developing countries. Tetra Tech is the prime contractor on the U.S. Agency for International Development’s (USAID) $140 million Power Africa Transactions and Reforms Project (PATRP), which is providing technical assistance and project transaction services to more than 25 countries. Power Africa is unique in that it brings together different parts of the U.S. government, international donors, the private sector, and African governments to achieve its goals.

The discussion highlighted how Power Africa’s enlistment of the private sector in its development assistance is a game-changer. Money leveraged by the private sector—more than $14.5 billion to date—to build out Africa’s energy infrastructure is freeing up U.S. government money for more pressing needs, like health care and counterterrorism, while stretching the U.S. taxpayer’s investment of $150 million. Today, 80 renewable and natural-gas projects generating 7,200 MW of electricity have already reached financial closure.

The United States is benefitting directly from this new approach. Power Africa has 64 partners in 22 U.S. states and 140 partners globally. GE alone has exported $250 million in equipment to the sector since Power Africa was launched and has secured about 1,500 U.S. jobs. One small company in Ohio, Rickly Hydro, has about 25 employees, 40 percent of whom are now dedicated to an energy order for a project in Tanzania.

To date, Tetra Tech has worked with private sector investors under the PATRP project to facilitate the successful financial close of seven projects totaling 1,747 MW. In addition, PATRP has supported the development of a pipeline of more than 14 active transactions in Tanzania, Kenya, Uganda, Mali, and Zambia with more than 75 MW of potential generation capacity and over 50,000 new connections. Our team has cultivated partner relationships and networks that allow us to gain traction with the counterparts critical to the project's success and continuity. Learn more about Tetra Tech’s role on the Power Africa project.