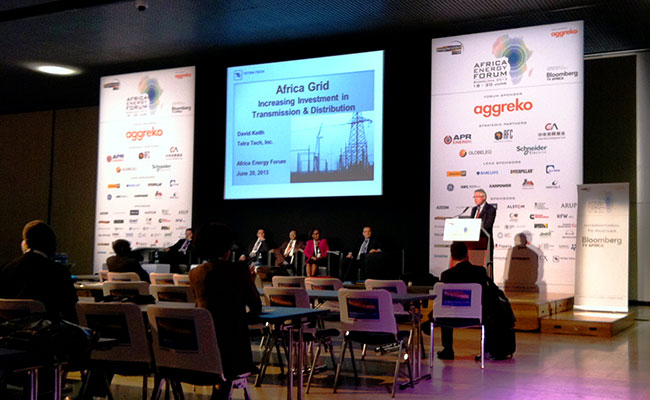 More than 550 million people in Africa still have no access to electricity, according to the World Bank. With African economies projected to grow as much as seven percent over the next two decades, addressing the inadequacies of the continent’s power grid is a top focus of African governments and nongovernmental funding organizations.

At the Africa Energy Forum, Tetra Tech joined more than 900 energy executives, investors, service providers, and other stakeholders to explore how to meet future electricity demands. The meeting was held June 18-20 in Barcelona, Spain.

Tetra Tech’s Jairo Gutierrez served on an International Finance Corporation-led panel on Public Private Partnerships (PPPs), where the group analyzed both Independent Power Producers and PPPs in the region. Mr. Gutierrez compared the energy sector reforms in Latin America with the progress achieved in Africa.