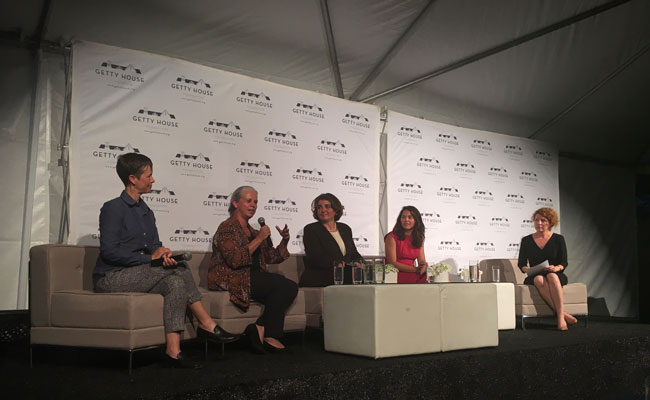 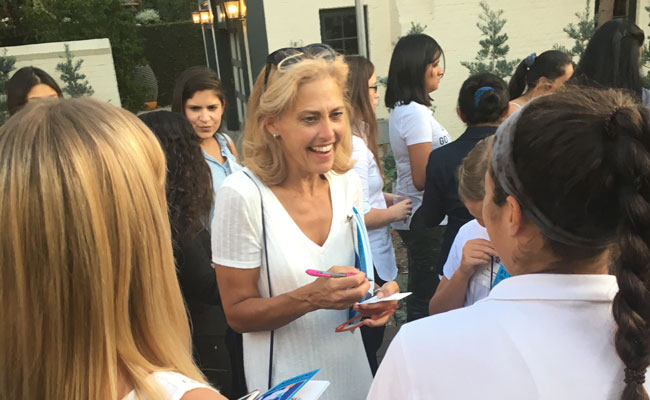 On Monday, September 26, 2016, Tetra Tech co-sponsored Women in STEM at the Getty House in Los Angeles, California. Mayor Eric Garcetti, First Lady Amy Elaine Wakeland, and the Getty House Foundation hosted the event, which is part of the Getty House Foundation’s Women’s Leadership Series. The program highlighted an impressive group of women from around Los Angeles who have pursued careers in science, technology, engineering, and mathematics (STEM). The evening also highlighted the Garcetti administration’s ongoing education and workforce initiatives focused on advancing women in STEM fields.

Dr. Leslie Shoemaker, President of Tetra Tech’s Water, Environment & Infrastructure Business Group, spoke on a panel of accomplished women including Tracy Trowbridge from Adobe, Lilian Coral from the City of Los Angeles, and Diana Mendes of architecture and engineering firm HNTB. During this panel, Dr. Shoemaker spoke about how she has integrated technology throughout her career—starting early on with developing the first personal computer watershed models. Dr. Shoemaker discussed how she has applied science to solving water management problems and adopting new technologies to help advance the fields of water and environmental management.

Tetra Tech’s Dan Batrack, President and Chief Executive Officer, was among guests from the greater Los Angeles region who attended the event. Tetra Tech provided copies of our Future Engineering: The Clean Water Challenge book to teachers and girls in attendance from schools all over Los Angeles.

As part of Tetra Tech’s ongoing commitment to leading with science and enhancing the communities where we work, Tetra Tech launched its 50th Anniversary STEM Campaign. In 2016 Tetra Tech offices around the world are completing at least 50 STEM events to help shape the next generation of engineers and scientists. From Africa to North America, Tetra Tech employees have volunteered their time to many girl-focused STEM programs, including an all-girls school in Zambia, a girls’ science club in Massachusetts, and a STEM program for Girl Scouts in Pennsylvania.

Tetra Tech is honored to have served as an event sponsor to help promote the advancement of women in STEM.