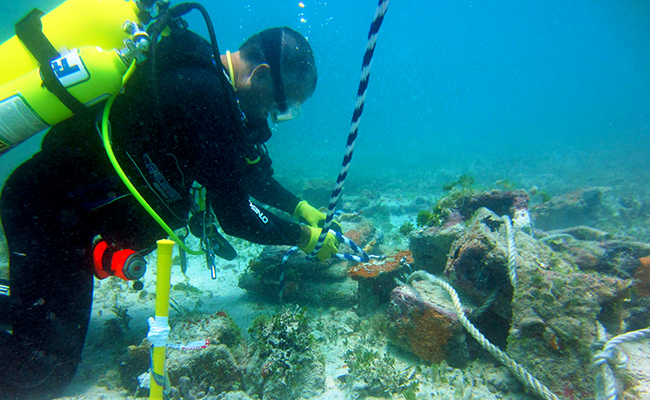 The National Oceanic and Atmospheric Administration has assigned our four-member team 300 targets—at depths of 20 to 30 feet—to identify the location of the illegal lobster habitats in Florida’s Lower Keys, from Big Pine to Key West. Placing an artificial habitat and harvesting lobster from an artificial habitat is illegal under Federal and Florida state law.

Other objects used to construct casitas include lumber, cinder blocks, corrugated tin, plastic, and cement.  When lobsters gather under these artificial habitats for protection, poachers can take more than 1,000 in one day, exceeding the 250-daily-catch limit in this protected environment. 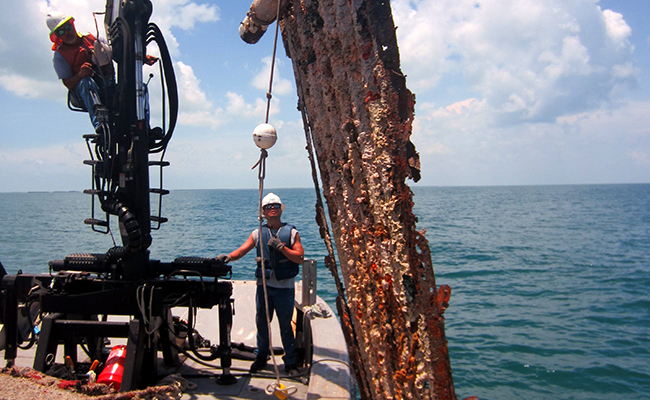 A casitas can literally smother benthic communities, which are home to seagrasses, corals, and sponges that support fish and other creatures that dwell on the sea floor. They can damage wider areas when currents and storms move them across the seafloor, destroying seagrass and other marine life.

Our dive team removes a casitas by fastening each of its parts to a pick line that is marked on the surface by a buoy or by lift bags that float the structure to the surface. Surface crews then haul them from the water and transport them to shore for disposal or recycling.

“As of July 31, we removed 230 and should complete our work by mid-August,” Zuloaga says. “Illegal harvesting can be lucrative for the poacher, but the cost to the marine environment is far greater for the rest of us, now and in the future if not stopped or at least curtailed.”