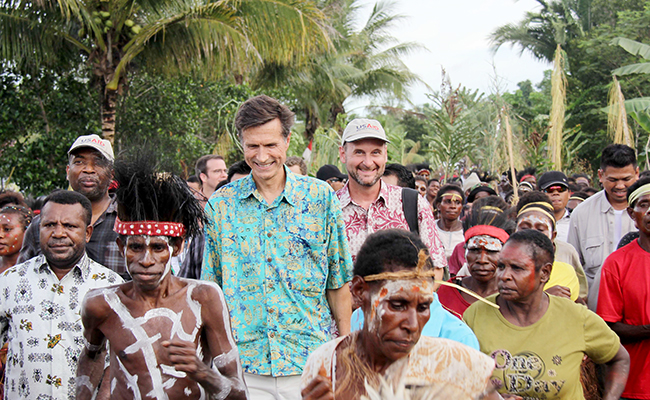 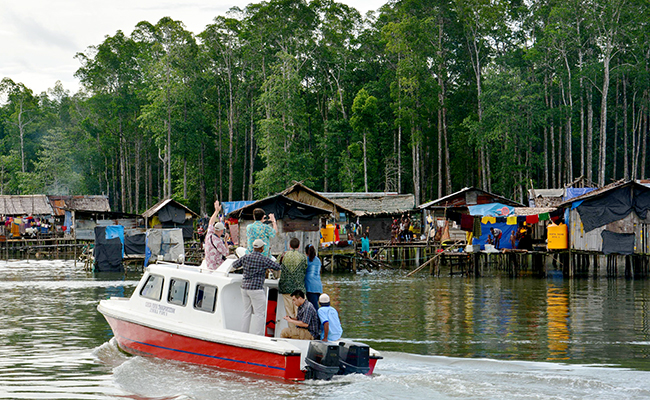 Tetra Tech is implementing the USAID-funded IFACS program, which works to reduce deforestation, lessen the effects of climate change, and assist the Government of Indonesia in conserving the country’s ecosystem processes.

During the visit, the Ambassador and his delegation of U.S. Embassy and USAID staff received an overview of the 250,000 hectare IFACS Mimika mangrove conservation and climate change management initiative. The mangrove complex has one of the highest concentrations of carbon in the world and provides a vital economic lifeline to thousands of individuals. USAID IFACS works with district government and local stakeholders across the regency of Mimika to conserve the mangroves and lowland forest to reduce greenhouse gas emissions and promote low emissions development by focusing economic development on already degraded land.

As the world’s third largest emitter of greenhouse gases, Indonesia’s forest resources require improved management as they are critical to global attempts to address climate change and the conservation of valuable biodiversity. USAID IFACS will make a substantial contribution toward achieving the Government of Indonesia’s goal of reducing greenhouse gas emission by 26 percent by the year 2020, by providing compelling incentives and capacity for support for the development and adoption of low emissions development strategies for forest stakeholders in Indonesia.

After a boat tour to see this rich mangrove ecosystem firsthand, the Ambassador’s entourage landed in the small village of Pigapu, where IFACS recently completed participatory mapping of mangrove and natural resource use in the surrounding area. There, Ambassador Blake was received with a lively Kamoro welcome ceremony that featured hundreds of traditional dancers. The Kamoro, whose name means ‘lowlanders,’ are the indigenous people who live in the mangrove and lowland forests of southern Papua.

The welcome ceremony was followed by traditional prayers and speeches by provincial and district representatives, stressing their commitment to mangrove conservation and sustainable use. Ambassador Blake closed the ceremony with remarks that embraced the leadership of the community and government to conserve their world-renowned mangrove forests while providing assurances that the U.S. government remains dedicated to supporting their efforts. The IFACS team then facilitated a press conference and photographs with traditional carvers and the Kamoro community.